What Wood You Do?

‘And…?’ Robinia danced about nervously, her roots showing with each twitch.

Oaken Treestump frowned at the flashes of the shrub’s exposed unbarkedness. Really these saplings had no sense. She’d topple over if the wind picked up and then where would they be. ‘I suppose,’ he intoned, the knots in his carapace flexing with the effort of speech, ‘it has a certain ironic appeal. Though,’ and the hard edges to his crenellated husk rippled with anxiety, ‘why windows?’ He turned his canopy with due decorum, not wanting to shed acorns and damage the girl’s recent foliage. It looked so ephemeral but that was the problem with non native species. Never robust. ‘There aren’t animals in there, are there?’

Robinia shuddered, her dainty green crown sussurating in such a way that it reminded Oaken of his sappy youth, before climates changed and his fellow trees decided enough was enough, before other’s uprooting of the trees had become their own uprooting, their own uprising. Back then you stayed put, you grew up, everyone knew their neighbours, you fell for the tree next door. Now it was all rush rush, rather than rustle, rustle. Birches falling for beeches, even those saturnine firs, with their needles and cones, their need to keep their foliage during winter as if naked branches were somehow shameful. Even they had been welcomed to the rebellion. He realised the youngster was still talking, explaining the purpose of this rather morbid, in his view, monument to the fallen.

‘We took care to ensure every species was represented, every timber here a warrior of the Arboreal Wars. We wanted those who came after to remember what those others, those animals used to do. How they ‘treated’ us, how they said we were ‘cured’ when all they wanted was to burn us and use us in their egregious buildings.’ She paused and pointed to a slender branch towards the roof line, her new twigs vibrating with barely suppressed emotion. ‘That’s my ancestor, a ‘specimen’ tree. Well looked after, nicely clipped and well fed but it was just for show. Just adornment.’

The old tree boughed at the memories of comrades cut down in their prime. Stout English Yeotrees who stood tall against the blight of open spaces. ‘The roof line’s a bit uneven.’

She nodded. ‘Only The Magnolias have opposable twigs and they don’t have the reach to set the top floors evenly.’

He nodded at the lawns. ‘Will they go? Planted with the next generation?’

Robinia shook her canopy. ‘No, this is a reminder of what can happen if we let the fish evolve again. They clear spaces and then hide inside. No longer. Open and upwards, ever facing the sky. But this space allows others to come, pay their respect and learn.’

The old oak nodded again. ‘Then I approve. This land will be our land and no longer will we stand idly by and watch the scuttling and sniffing, the scratching and the scouring to dictate.’ He looked at the keen young tree, barely a shrub as he thought of her, ‘Whats next?’

‘A delegation of pollinators want to present a proposal for a new common pollination zone. They say that the increase in international cross-pollination means we need to relax the rules on immigrant species.’

‘Why is it that, just when we’ve resolved one intractable problem, bloody Europe and freedom of movement reappears on the agenda.’ He stopped. He knew there were now flowering trees that had grown here for generations, that needed more pollinators. They couldn’t go back to the good old days of deciduous hard woods. The newcomers had been assimilated and a more flexible approach was needed. After all, if they’d learnt anything it was that, when all was said and done, they were all just trees. Even those bloody firs… 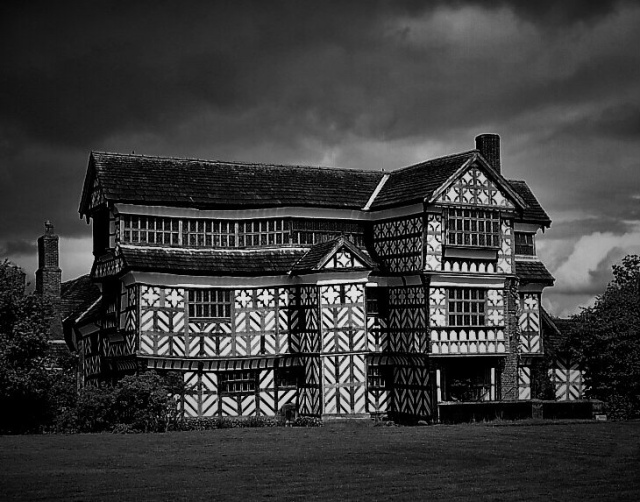 My name is Geoff Le Pard. Once I was a lawyer; now I am a writer. I've published four books - Dead Flies and Sherry Trifle, My Father and Other Liars, Salisbury Square and Buster & Moo. In addition I have published three anthologies of short stories and a memoir of my mother. More will appear soon. I will try and continue to blog regularly at geofflepard.com about whatever takes my fancy. I hope it does yours too. These are my thoughts and no one else is to blame. If you want to nab anything I post, please acknowledge where it came from.
View all posts by TanGental →
This entry was posted in #writephoto, flash fiction, miscellany and tagged #writephoto, creative writing, flash fiction. Bookmark the permalink.

22 Responses to What Wood You Do?