The Trials And Tribulations Of Robinson Speke (Explorer) #writephoto #flashfiction

Robinson Speke stood, his legs akimbo, Baden-Powell shorts billowing in the strong breeze. He let the map case swing at his hips as he folded his arms and studied the signpost. After a minute, maybe two, he allowed himself a slow, self-congratulatory nod. ‘There,’ he thought. ‘That’ll teach the doubters and nay-sayers. The Thomases and Amandas of this world. Absently but instinctively his free hand went to his hair, moving the roving comb-over back into its place across his speckled pate. He felt good and, damn it, he looked the part. The plaid woolen socks and Oxford brogues just made the ensemble work.

Briefly he contemplated trying to see if he could take one of those selfish pictures he heard so much about and which obsessed the young people but decided he would leave that. Possibly someone could be prevailed to snap him when he had the prize itself.

Thinking about the reason he was here galvanized him. He couldn’t risk someone else turning up and stealing him glory. Oh no, that wouldn’t do at all.

Robinson eased his knapsack off his shoulders and rolled his neck, seeking to loosen off the knots that had accompanied him on this expedition.

Kneeling, he tightened the woggle so his neckerchief, a faded pink and cerise stripe from his days as Scout Leader of the Great Cramping troop. Those were the days, when you could put up a tent, make a fire, cook a meal, dig a latrine and still have time for a six mile hike before bedtime. Not like the namby-pamby pusillanimous little darlings and their rebarbative parents who you had to deal with these days.

Robinson shook his head, retrieving the picture book and notes. He had been somewhat reluctant to procure ‘Masquerade Two’, to celebrate the fiftieth anniversary of the original treasure hunt**. That time he had been robbed by cheating and a compass that lacked moral fibre. But this time, the prize would be his. This signpost, he knew with a certainly that bordered on zealotry, marked the spot. The time, midsummer at sundown – he checked his watch; in twenty-five, no twenty-four minutes – was right. And the resulting shadow would soon mark his goal.

Perhaps a celebratory cuppa, then. He dragged his bag over to the post and leant back against it, wincing as he realised he should have kicked away the nettles first. Ha! What were a few stings? He would be famous. He would be interviewed by that Philip person on morning TV. Him and that woman with the bottom. He luxuriated in a small fantasy about sofas and erroneously placed hands before releasing that he should have stopped pouring the tea from his flask and he now had, not only a scald on his left thigh but also a strong English breakfast stain by his fly.

The shadow moved inexorably to its zenith as Robinson, squirming from the combination of burns and stings, watched.

The time had come. Extracting his entrenching tool, he stood above the spot, feeling a few words would be appropriate and regretting he’d not prepared any. All that came to mind were the words of the second verse of ‘All Things Bright And Beautiful’ which he sang in an embarrassed baritone before dropping to his knees and digging furiously.

Every so often he stopped and checked the depth with his trusty foot ruler. Yes, nearly there. Last time the prize had been encased in an ornate ceramic box to prevent metal detectors finding it. He slowed not wanting, accidentally, to crack it. Sure enough as the appointed depth his trowel met resistance.

He practiced some calming techniques he had read about in fly fishing monthly, but all that did was make him belch so he dropped his tool and used his fingers. In moments they touched something soft. Like cardboard.

Odd. He kept sifting and after a further few fingerfuls he extracted a piece of card. On one side the logo of a national delivery company stared back at him. Under it was the message:

We are sorry we missed you!

followed by a handwritten date (that day) and time (about twenty minutes before he arrived).

Beneath it, it directed the reader to turn over the card. There were three options, with a checkbox next to each. The first two – we’ve left it in the porch and we’ve left it with a neighbour/a man walking his dog when we arrived/someone claiming to be you* (*delete as applicable) – remained unchecked. The third was ticked.

Robinson scanned the instructions with increasing horror. They were a new hunt, even more complicated than the set he had taken four months of full time effort to unravel.

Slowly and deliberately Robinson stood. He slipped the card in his map case, screwed the top on his flask and put it and his entrenching tool back in his knapsack and eased the bag onto his protesting shoulders. Peering at the first instruction on the card he squinted into the sun.

He took a deep breath and thought about the oath he had given the chief scout when he had taken over the scout troop. His proudest moment. These setbacks where meant to be and they didn’t find Livingstone without set-backs.

Head held high, eyes on the horizon, Robinson Speke took a step into his future. Which unfortunately was also a step into the hole he had dug. The bang to his head was significant and the memory loss permanent. Robinson Speke’s days as an explorer were over.

And the prize? As with the whereabouts of so many undelivered parcels, it remains a mystery.

**NB. In 1979, Kit Williams published a picture book, Masquerade that contained clues to the whereabouts of a golden hare. For months the nation was obsessed by the hunt which eventually ended in controversy. This year is the 40th Anniversary of that hunt. That and Sue Vincent’s #writephoto prompt stimulated this sad little tale. 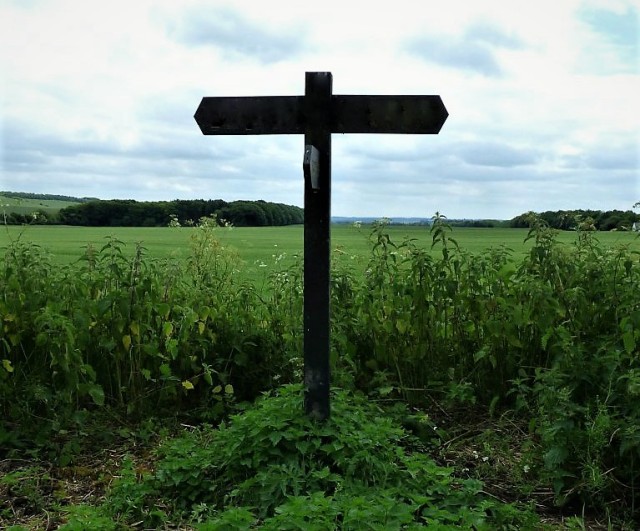 My name is Geoff Le Pard. Once I was a lawyer; now I am a writer. I've published four books - Dead Flies and Sherry Trifle, My Father and Other Liars, Salisbury Square and Buster & Moo. In addition I have published three anthologies of short stories and a memoir of my mother. More will appear soon. I will try and continue to blog regularly at geofflepard.com about whatever takes my fancy. I hope it does yours too. These are my thoughts and no one else is to blame. If you want to nab anything I post, please acknowledge where it came from.
View all posts by TanGental →
This entry was posted in #writephoto, flash fiction, miscellany and tagged #writephoto, flash fiction. Bookmark the permalink.