The Glory Of The Garden: Wither Goes It? #poem #rudyardkipling 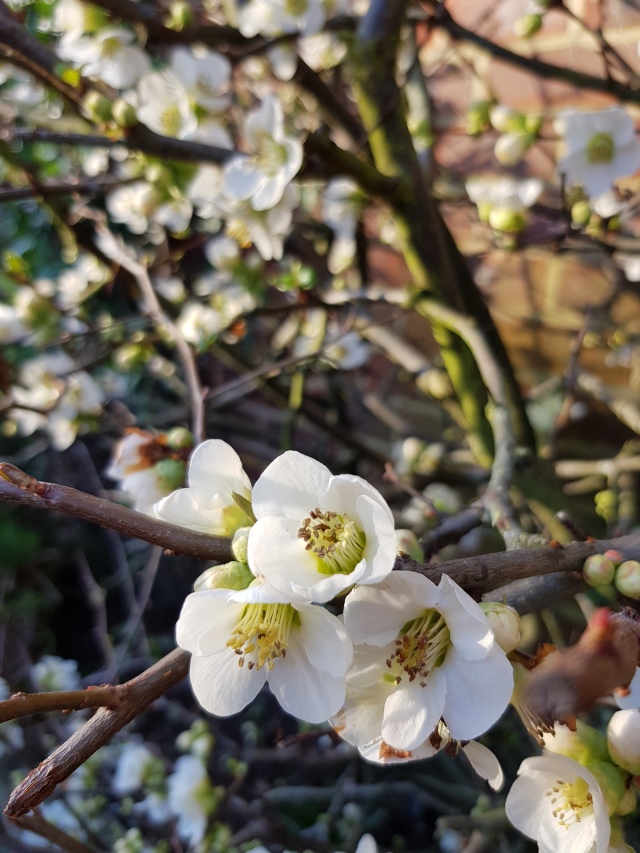 From time to time I like to ruin one of the Nation’s favourite poems, as voted some years ago in a BBC poll. This time I have been musing on the hottest ever February, in doing so, have taken an axe to Rudyard Kipling’s fabulous The Glory of the Garden (here, if you don’t know it).

*the images are from my garden over the last few, rather extraordinary days…

Our England is a garden that is full of stately views,

Though you’d really have to wonder if you listened to the news.

The anchors turn you icy with all their talk of wars

The world that matters to us all is preparing its own shock.

And soon enough will prove to us we’ve not defeated it.

With little thought for others we have wasted nature’s gift

And made a virtue out of spending when sense demanded thrift

Consumption of resources has become our default state

And while we try and change our habits it may be far too late.

The icecaps are receding as the desert centre grows

And winter months seem like June with little chance of snow.

And all the time that the chatterati’s attention is elsewhere

Our hopes of changing course are as doomed as the polar bear.

So enjoy those simple pleasures in England’s pleasant garden

Before nature’s patience ends and her heart begins to harden.

When the Glory of England’s Garden shall finally pass away.

My name is Geoff Le Pard. Once I was a lawyer; now I am a writer. I've published several books: a four book series following Harry Spittle as he grows from hapless student to hapless partner in a London law firm; four others in different genres; a book of poetry; four anthologies of short fiction; and a memoir of my mother. I have several more in the pipeline. I have been blogging regularly since 2014, on topic as diverse as: poetry based on famous poems; memories from my life; my garden; my dog; a whole variety of short fiction; my attempts at baking and food; travel and the consequent disasters; theatre, film and book reviews; and the occasional thought piece. Mostly it is whatever takes my fancy. I avoid politics, mostly, and religion, always. I don't mean to upset anyone but if I do, well, sorry and I suggest you go elsewhere. These are my thoughts and no one else is to blame. If you want to nab anything I post, please acknowledge where it came from.
View all posts by TanGental →
This entry was posted in miscellany, poems, poetry and tagged climate change, poem, poetry, Rudyard Kipling, the glory of the garden. Bookmark the permalink.

28 Responses to The Glory Of The Garden: Wither Goes It? #poem #rudyardkipling