Robinson Balustrade held up a hand. The crocodile of year four’s finest came to a messy stop. ‘Alright, everyone take off their packs and… yes, Prentice? Toilet? Try the ash tree… the one that looks like Mrs Worple after her class has had music on Thursdays… no Dolly, she doesn’t look like an alien with consterpat… where did you learn that word? Mrs Petticoat? Well, you shouldn’t listen when someone is in the ladies, should you? Yes, Mrs Jacobite may but she’s the Head. It’s part of her job… You’re done Prentice? Good, so… no Prentice, we don’t want to see, if… alright Prentice. Yes, very impressive. Yes it does look like Mr Crimple’s left ear, Nathaniel. Not quite as brown, Dolly, yes that’s true. Everyone, we will study Prentice’s stool later. We have an interview to conduct so can you… carefully Prentice, you… No, leave it. I’ll try and reassemble her prosthetic later. Naomi please don’t do that. Everyone, just pick up your headphones and suckers and follow me.’

Robinson didn’t wait, knowing yet more interruptions were inevitable. After twenty or so paces he glanced back. To his surprise and some delight the class were all following, all holding their equipment. Even more unusual and, to Robinson’s mind, rather unsettling they all held his gaze with the sort of rapt attention they normally reserved for Mrs Jacobite’s reaction to when one of Mr Jollifie’s unexpectedly sonorous farts had interrupted morning assembly. He raised his eyes to Irony Pendule, who was carefully bringing up the rear with her usual mix of dainty footsteps and novelty whistles. ‘What did you say?’

She smiled the sort of smile that you normally saw carved into hagiographic statues of saints. ‘I just said they were sure to learn something new.’

‘And you would be sure to use a naughty word very soon. Look, here we are class.’

Sure enough, as Robinson turned to face the front he realised they had reached their goal. Taking care to lead them on the least muddy path he brought them to a halt next to the ancient stone figure.

‘Mr Baulstrade, who is he?’

‘No one knows, Tatquine. He’s called the Monk of Middle Marsh so he may be a religious figure.’

‘Did a witch turn him to stone?’

‘That’s a good question, Primula. Shall we ask him?’

‘But that… no, Prentice, surely you don’t… Again? Oh, all right, but…PUT IT AWAY… put it away, Prentice and use that bush. I don’t think our friend would like it if you… I said… oh for… for pity’s sake.’

Robinson shifted position to hide Prentice while he explained the plan. ‘Some clever scientists have found a way of accessing the vibrations of certain types of stone. What we are going to do is see if we can hear what the Monk has to say. Each of you put your ear phones on. Naomi, we don’t put our earphones there, do we? Ms Pendule will help. Then carefully hold the suckers against the stone man.’

Robinson smiled. He had practiced the little delusion at the weekend on the local water fountain after he’d heard how to send vibrations  into a stone or rock which, in certain cases sounded like a voice. Just a bit of fun before the summer term ended and at least it got the hyperactive little treasures outside for a bit.

As usual Felicity Panhandle was first to be ready. He held his hand containing the small amplisender against the stone’s surface and held his breath. He’d let a few of them have a go before…

He frowned at the small serious girl, who was holding one hand over an ear muff while staring that at the stone’s rough surface. She nodded and glanced at him, smiling. ‘He’s sad, isn’t he?’

Robinson looked to Irony who was trying to unknot Prentice and Nathaniel and back to Felicity.

She was concentrating on the place where there would be a face if… he stopped himself and pressed the little switch on his hand held device .

Felicity screamed and jumped back, before glaring at Robinson. ‘Why did you do that? It hurt his aurals.’

‘His what?’ Robinson began before stopping himself. ‘Who is hurt?’

‘The Abbott. He’s an Abbot and he’s a martyr to his feet. He wants to know if we can help him sort out the damp in his soles.’

This is madness. But a nine year old can’t have come up with that on her own. He checked on Irony who was looking at him, wide-eyed. She had on her earphones and held the sucker to the surface. Not helping his rising panic, she nodded sharply at his own pair which he fumbled with.

As he placed the sucker to the surface he felt his heart do the sort of summersault only attempted by the Chinese in high diving or his brother on the eight year old’s trampoline after eight pints and a Vindaloo.

‘… for seventeen centuries and I have to say… Hello, is that Mr Balustrade? Welcome! I was just talking to your class and they…’

‘Ms Pendule is, I would guess as stunned as you given the erratic nature of her breathing. No, my name is Carshalton O’Brian and I was Abbot of Marsh Monckton in the four century.’

‘I know. Tricky isn’t it? Believing in alluvial reincarnation. Bit of a sod… sorry children… ending up embedded in granite. Comes from relying on a noviciate to do the incanting. Still, you get used to it, mostly. Not the damp. If someone could dig a drainage ditch, I’d be most grateful. No chance you brought a spade, I suppose?’

‘No sorry. We could make it a class project.’

‘Really? That would be awfully kind. Maybe prop me up a bit, too?’

‘And I could tell the children some stories. How’d you like that, eh? How we converted Hector the  Unfazed by cauterising his colon with a red hot poker up the…’

‘Splendid. They’d love that. But, meanwhile I think we’d better be getting on.’ Robinson stared around wildly, hoping to discover who was playing this clever but really unsettling trick on him. There was still no one to be seen and Irony looked as discombobulated as he felt.

‘There’s one small thing you might do before you go?’

‘Round the back. Only take a moment but I’d be eternally grateful if you could maybe use a finger to scratch the lichen out of my fissures. Itch to all buggery, don’t you know.’

And just then, as foreshadowed by Irony earlier in this tale, year four got to hear an extremely rude word as uttered by Robsinon Balustrade. In the circumstances everyone forgave him. 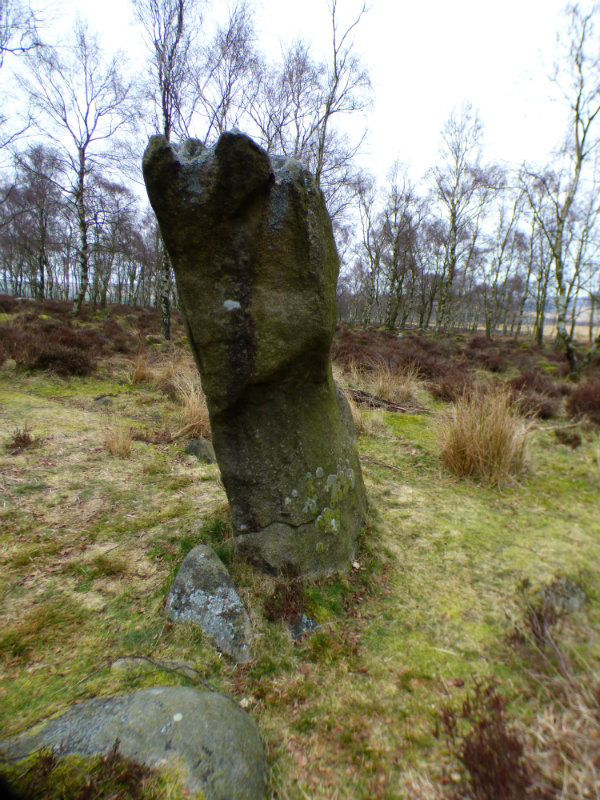 My name is Geoff Le Pard. Once I was a lawyer; now I am a writer. I've published four books - Dead Flies and Sherry Trifle, My Father and Other Liars, Salisbury Square and Buster & Moo. In addition I have published three anthologies of short stories and a memoir of my mother. More will appear soon. I will try and continue to blog regularly at geofflepard.com about whatever takes my fancy. I hope it does yours too. These are my thoughts and no one else is to blame. If you want to nab anything I post, please acknowledge where it came from.
View all posts by TanGental →
This entry was posted in #writephoto, creative writing, flash fiction, miscellany and tagged #writephoto, flash fiction, picture prompt. Bookmark the permalink.

22 Responses to The History Of English Speaking Statues #writephoto