The Road To Hell #writephoto #flashfiction

At nine every morning he let himself into the small cottage Arthur called home and met his friend in the kitchen. The carers had already been, made sure he was dressed and fed and left him in his comfy chair for Roger and their morning’s constitutional.

‘Where shall we go today, mate?’ he asked, hopeful of getting some sort of reply. Occasionally he was offered a smile, sometimes a ‘Lovely sun,’ or ‘Where’s Madge?’ his long deceased wife. It mattered not. Not these days. It was all about giving him those fragments of pleasure he could still access.

Arthur didn’t really cope with walking far, not these days, but he seemed happy enough to settle into the wheelchair provided by the Surgery. Roger manouevred the ‘beast’ through the narrow door and onto the path before encouraging Arthur to sit down and be tucked in.

Roger wasn’t that young himself and the short, steep incline wasn’t as easy as it used to be. By the time he’d reached the ornamental gates he was red in the face and short of breath. Sometimes he would mutter to himself, cursing the placement of the Peace Gardens that Millennium money had funded. He couldn’t deny how well it had settled to be part of village life, how established the roses and lavender borders now appeared.

But were he being honest he would have preferred a walk into the Village itself, not this way. They could have sat outside the shop, chatted with those going about their morning affairs; maybe slipped into the Coach Inn for a coffee. There were several pluses to taking that route, not least that it was flat.

He chided himself with this uncharitable thought. The effort was worth it for the enjoyment Arthur got. He clearly loved it here. And it probably kept Roger fitter than the pub would.

They entered the gates and already Roger could feel his friend sit up. Someone told him those whose minds were closing in sometimes found memories in other senses; in song or, in this case, scent. The fragrance of the early roses was replaced by the saturated delights of the lavender.

‘Pretty amazing, isn’t it?’ he offered as he wheeled the chair so it brushed against the overhanging pendulums of blossom. He saw his friend’s shoulders heave, aware a tear would be forming on his lids, his nose begin to run.

What memory was it that he now accessed with such a deep passion? Whatever it was, Roger was pleased to bring even a moment’s joy while he still could.

Prompted by Sue Vincent’s writephoto which this week is 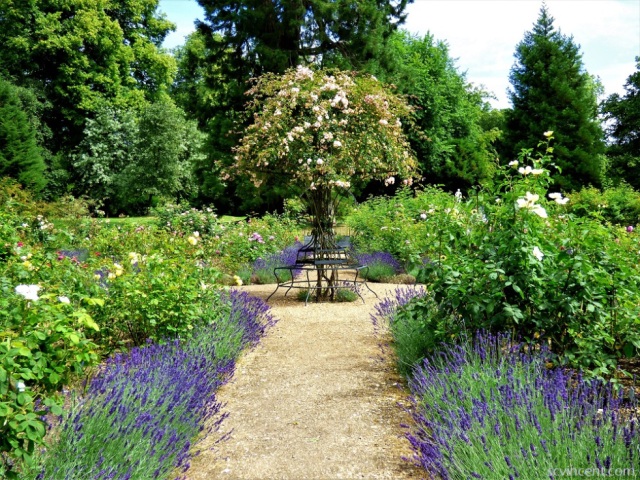 My name is Geoff Le Pard. Once I was a lawyer; now I am a writer. I've published four books - Dead Flies and Sherry Trifle, My Father and Other Liars, Salisbury Square and Buster & Moo. In addition I have published three anthologies of short stories and a memoir of my mother. More will appear soon. I will try and continue to blog regularly at geofflepard.com about whatever takes my fancy. I hope it does yours too. These are my thoughts and no one else is to blame. If you want to nab anything I post, please acknowledge where it came from.
View all posts by TanGental →
This entry was posted in #writephoto and tagged #writephoto, flash fiction. Bookmark the permalink.

36 Responses to The Road To Hell #writephoto #flashfiction