One downside to having furry pets is they like to share their coats. From time to time one of us has to pick up the pet hair remover and go attack the carpets where the pets might be found. Which is pretty much anywhere because whatever we might like to think they are no respecter of rules. Downstairs is worse than up, and the sewing room worse than the living room. I’d always thought that was because of the type of pile.

That was until the other day and I was the designated remover-in-chief. I’d managed downstairs and had done the hall carpet when I had a choice: main bedroom or spare. I went for the spare first. And to my surprise there were none.

Which made me wonder at the sanctity of the spare room.

Now the first thing to note is we are lucky enough to live in a  house that is large enough to have a room that we can honestly say is a spare  bedroom and not some sort of general box-study-store room that can be cleared out if we have guests. It just gets used by guests and in the 28 odd years we’ve lived here it’s played inner sanctum to parents, other family members, friends from all our walks of life, people who’ve stayed to look after the pets when we’ve been away, our children and their friends. Many of those staying have been couples. 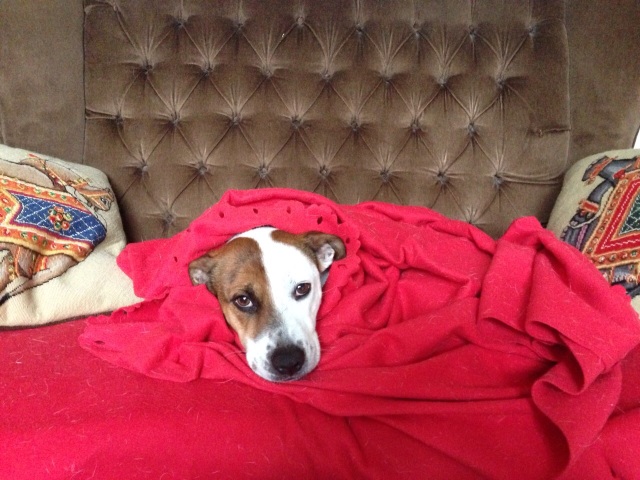 And then this thought hit me. Don’t judge. Did any of them have sex in their time there?

The room is right next door to our bedroom and while the walls aren’t thin you’d not necessarily know that unless you’d checked. And if you didn’t check, would you run the risk of some aural evidence of rumpty-tumpty disturbing us?

I’m not sure who’d have that level of confidence. I mean I’m sure I’d not feel comfortable.

And does that make me an intimidating host? Or a naive one?

As I stood there, hair remover in hand, I decided that no, no one would. I can only go on personal experience but if there was one surefire way to ensure celibacy it was to share a roof with my parents. Or where there could be an embarrassing interface over breakfast. That sort of thing was the contraceptive equivalent of the Bugblatter beast of Traal and a towel; the safest way to survive an attack from said beast was to pull a towel over your head since in his mind, if you couldn’t see him then it must be that he couldn’t see you and he would stop his attack. So if I couldn’t do it then no one else could.

But that didn’t explain why the pets didn’t use the spare room to shed their fur? Unless there was a link. Only there couldn’t be a link? Could there? I mean, if there was, then what on earth had been going on in the sewing room?

Yes so, ok, this was just an excuse to put up cute pictures of the pets… I’m not proud…

My name is Geoff Le Pard. Once I was a lawyer; now I am a writer. I've published several books: a four book series following Harry Spittle as he grows from hapless student to hapless partner in a London law firm; four others in different genres; a book of poetry; four anthologies of short fiction; and a memoir of my mother. I have several more in the pipeline. I have been blogging regularly since 2014, on topic as diverse as: poetry based on famous poems; memories from my life; my garden; my dog; a whole variety of short fiction; my attempts at baking and food; travel and the consequent disasters; theatre, film and book reviews; and the occasional thought piece. Mostly it is whatever takes my fancy. I avoid politics, mostly, and religion, always. I don't mean to upset anyone but if I do, well, sorry and I suggest you go elsewhere. These are my thoughts and no one else is to blame. If you want to nab anything I post, please acknowledge where it came from.
View all posts by TanGental →
This entry was posted in miscellany, pets, thought and tagged family, pets, thought. Bookmark the permalink.

34 Responses to Dog hairs and spare rooms: a thought.