The Lining Of Clouds #memoir #humour 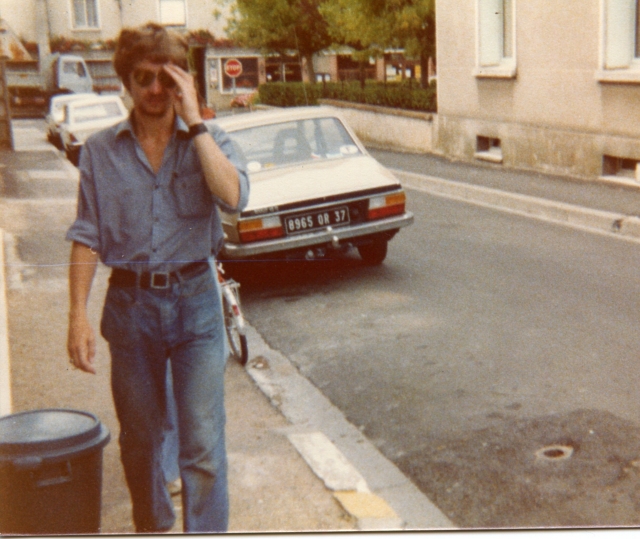 Coming home from holiday brings back many memories. In the long hot summer of 1975 (no, ok, that was 1976, but where would we be without rose tinting) my holiday comprised a kind of grand tour around the UK with my best friend, Dave. We had little in common really beyond a love of beer and being in the same maths set but friends we were.

Where we really differed was in the sphere of things mechanical. He loved them, I broke them. His particular focus was his car, a fragile bipolar Ford that he lovingly stripped and fripped while trying to persuade me Frank Zappa really was singing and not self-waxing his buttocks.

Since I knew zip about the workings of the internal combustion engine he could bullshit me with a baffling dialogue of pidgin Haynes every time the magic stopped and we pulled onto the side of the road.

In truth Dave loved a good breakdown so he could spend time tinkering.

I sort of knew a significant part of my holiday would comprise verge-perching so I brought several books and cassette tapes to wile away the hours.

Of course, reading and rewinding crappy C90 tapes takes you only so far given the likelihood of occasional showers during a British summer especially if one occasional shower decides to bump against a few others in an overly friendly cloud hug.

By the end of our third week our tour had taken us to Caerleon in Wales, Manchester and Carlisle in the West and Huddersfield, Hull and Beverley in the East. It was a drizzly Monday and we were cruising down the M1 heading for Coventry. Mud was competing with the Mahavishnu Orchestra with background notes of the Blue Oyster Cult and Caravan as our musical interlude when we began cruising to a halt. Dave steered us to the hard shoulder, barely able to hide the grin in his voice. ‘Total loss of power.’ Even I could work that out. I sat in my seat staring at the oily raindrops, once again putting a bet on which one would reach the bottom first while Dave unloaded the boot of his gubbins.

‘It’s the reversing spraggle-doggit. It’s recrabbling and needs a fres-pizzle at torque N.’ Or something like that.

It’s darkest before dawn; you need to reach the bottom before climbing back up; there is always a light at the end of every tunnel. So many clichés, so much wasted hope.

But even occasional showers have silver linings. Or perhaps pewter, but at least something almost shiny to cling to. A jam sandwich pulled up behind us and a comfortably sized constable who, in years, was clearly a classmate of Methuselah, climbed out and waddled our way.

As soon as I saw him, I knew I needed to join Dave at the bonnet end, if only to translate from Greasish into English.

I butted in, ‘We’ve broken down. Not sure why, officer.’

Dave glared. Constable Gnome nodded and spoke into the radio on his lapel. ‘Hello, Doris. Couple of likely ones, broken down near junction twenty.  Can you sort out a tow?’

Dave made a sort of hiss that both Darth Vader and Hannibal Lecter might have mimicked. ‘I can fix this.’

Dave dived into the Stygian depths while Constable Orange and I exchanged pleasantries. From time to time Dave popped up like a tungsten sprung meerkat to check on his enemy and then returned to the bowels of his car. Sadly he was still freediving when a rusty truck pulled up in front of us. A slick and strutting youth, no older than us, stepped out, rollup limply dangling from his lips and sauntered over.

Dave shielded his baby from the Gaze From the Dark Side. ‘I’m nearly there.’

The Pimpled Protagonist leant over the radiator and sucked in a breath. ‘That’s yer problem, mate.’ A stubby finger pointed at a gaping hole, the size of a florin, in the engine block. How Dave had missed such an obvious flaw was as mysterious as anti-matter or the continuing popularity of Cash in the Attic.

‘There’s a technical term for that,’ he smirked, looking at each of us. ‘Yer fucked.’

Dave was broken. We helped him to the passenger seat in the truck where he curled, foetus-like and reviewed his career options. I felt for him, of course, but, at the same time, I knew I’d no longer be made to feel totally inadequate. Clouds, silver linings and all that jazz: sort of depends whether you are inside looking out or outside looking in.

My name is Geoff Le Pard. Once I was a lawyer; now I am a writer. I've published four books - Dead Flies and Sherry Trifle, My Father and Other Liars, Salisbury Square and Buster & Moo. In addition I have published three anthologies of short stories and a memoir of my mother. More will appear soon. I will try and continue to blog regularly at geofflepard.com about whatever takes my fancy. I hope it does yours too. These are my thoughts and no one else is to blame. If you want to nab anything I post, please acknowledge where it came from.
View all posts by TanGental →
This entry was posted in humour, memories and tagged Friends, holidays, humour, Memoir, travel. Bookmark the permalink.

31 Responses to The Lining Of Clouds #memoir #humour