Pearl Barley stopped by the wrought iron gate and looked at the picture postcard church. Well maintained exterior – check; neatly trimmed grass – check; fresh daffodils around the lytch-gate – check; goblin in the tower – check. Yes, this was St Peter’s-on-the-Wobble, nineteenth century rebuild and constant pain in the posterior for Pearl’s boss, the Deacon. Over the previous five years since The Reverend Archibald Hedgespasm has accepted the stipend, there had been four Pomeranian poltergeists, three possessions, a peripatetic Bulgarian banshee, three night trolls from Lapland, a redundant hedge-wizard who was thought to be Etruscan but whose parchments weren’t in order and numerous reports of fae-parties celebrating a myriad of European festivals and feast days.

‘The problem,’ intoned the Deacon, ‘is the way the last government thought we could absorb any amount of magical practitioners without regard to the longer term. Local wizards and witches graduating with domestic craftery qualifications have found it hard to get positions and it’s going to cause trouble.’

Pearl had seen the headlines, about them ‘coming over here, casting our spells.’ She’d read of cases of certain areas inundated with potential hauntees, looking for suitable venues where they could ply their version of modern spookery. It was one thing to provide on demand scares and an end of night full sliming experience in town centres full of befuddled teens – the ‘booze ooze crooze’ had been especially popular – and quite another to so crowd the local village hall with clattering pans and banging doors that no one could hear the bingo caller.

‘And that man Hedgespasm thinks he’s displaying his full liberal credentials by allowing his church to become a repository of all that’s shallow and supernatural.’

‘A Georgian goblin. In the church. Hedgespasm is the archetypal recalcitrant incumbent. And is disinclined to move our goblin friend on even though he has cast a pall over the village and the residents fear for their Most Cheerful Village award.’

‘Oh!’ Pearl couldn’t hide her excitement. ‘I haven’t had an ancient before. I didn’t think we went back so far. Well, there was that Edwardian wardrobe that refused to open but…’

‘It’s not a period imp, Ms Barley. He’s from Georgia. Near the Black Sea?’

‘Oh. Sorry. So what do you suggest? A number three trap?’

‘You’ll need to get him out of the tower first. Sorry, it’s probably hopeless but goblins are notoriously miserable. He’ll sulk if he knows what you’re after.’

Pearl grinned. ‘Fire with fire it is then?’

The Deacon’s left eyebrow, which had seen action in the Penge Peninsula Wars performed a passable do-zee-doh before he managed to corral it back in place. ‘Do your best and don’t embarrass the Organisation. The Church is disinclined to recognise commercial exorcisms as legitimate. If you can get in and out without the Reverend knowing what you’re about so much the better.’

Pearl took time to let her hair self assemble into a passable imitation of a gilded cage before heading for St Peter’s, making a brief detour to an agnostic oak just outside Catterick.

The leaves shook and a bleary black eye and accompanying beak appeared through the foliage.’Yes? Oh it’s you. What do you want?’

‘Pay back. When I helped you…’

‘Bugger off.’ The beak and the beady eye withdrew.

Pearl extracted her mirror from her bag. It sparkled and reflected a little dance that Pearl didn’t have the self confidence to perform except in her bathroom or after a couple of sherry slammers and a packet of hobnobs. ‘What  are we doing ladies? Girlie time?’

‘Ooooooo are we doing a bondage and banana party? The last one was…’

‘Shush your reflection. That was a one off. No, we’re here to sing the leaves off the trees.’

‘Yep. We need these branches cleared and…’

The beady eye reappeared. ‘You’re kidding? You and that tacky glass coaster aren’t really going to try a screech.’

‘We are with this.’ Pearl turned to show how her hair was piled to create a HMV styled amplifier. ‘On three, girls.’

‘Wait. JUST BLOODY WAIT.’ The crow dragged himself along the branch. ‘So what do I have to do to get some peace?’

Pearl twirled a loose bang and her hair formed back into the gilded cage. ‘I want you to come with me and just be yourself.’

It took an hour of chat between the crow and the goblin but when Pearl heard the crow say, ‘You think that was tough? You try pecking fleas off your own anus while some one tries to put you in a bloody pie,’ she knew it wouldn’t be long.

The goblin was just climbing into the hair prison when The Reverend Hedgespasm appeared. ‘What are you doing? He has every right to stay in my tower.’

‘Yes of course. But he’s a Georgian. Did he tell you?’

Archibald looked shocked. ‘He’s not the greatest conversationalist. We’ve not really gone beyond ‘morning’ and ‘bugger off’ if truth be told. Does this mean he’s….’

‘What with?’ Archibald peered up at the tower. The crow flapped a wing in what could only be described as resigned indifference.

‘Corvid Ambivalent. Always up for a good theological argument as long as you don’t wake him before sunrise.’

‘So no ringathons for Charity?’

‘Best not. When he rains on your parade, it can get messy. Very messy. TTFN.’ 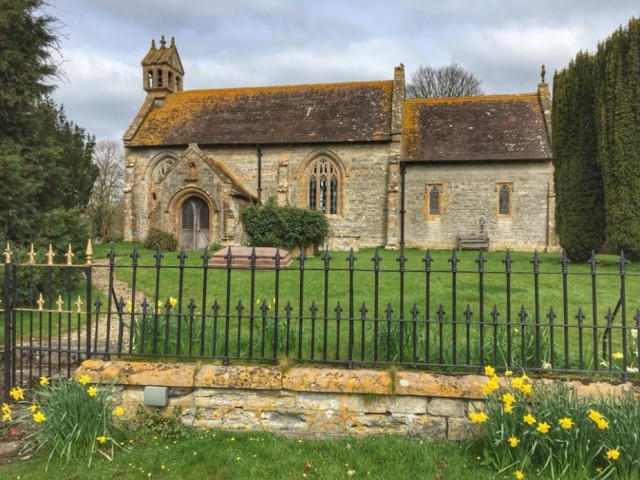 My name is Geoff Le Pard. Once I was a lawyer; now I am a writer. I've published several books: a four book series following Harry Spittle as he grows from hapless student to hapless partner in a London law firm; four others in different genres; a book of poetry; four anthologies of short fiction; and a memoir of my mother. I have several more in the pipeline. I have been blogging regularly since 2014, on topic as diverse as: poetry based on famous poems; memories from my life; my garden; my dog; a whole variety of short fiction; my attempts at baking and food; travel and the consequent disasters; theatre, film and book reviews; and the occasional thought piece. Mostly it is whatever takes my fancy. I avoid politics, mostly, and religion, always. I don't mean to upset anyone but if I do, well, sorry and I suggest you go elsewhere. These are my thoughts and no one else is to blame. If you want to nab anything I post, please acknowledge where it came from.
View all posts by TanGental →
This entry was posted in miscellany and tagged Esther Newton, flash fiction, pearl barley, photo prompt. Bookmark the permalink.

13 Responses to Pearl Barley And The Recalcitrant Incumbent #prompt #shortfiction