The other day I wrote a post that included a picture of a horse. Someone saw it and expressed a certain concern, wondering if it was happy.

It does have notes of eeyore about him. But I was ambivalent, I don’t want any creature to suffer but I really do not warm to horses. It did make me ponder why so many love Equus Caballus with such a passion and I don’t. I don’t get it.

Now I’m not playing some sort of evolution bingo here and deciding if I could remove one species what would it be. I’m happy for horses to run wild and free – just a long way from me.

I live in the UK. We don’t do mean critters really. Nothing that’s going to eat you and, unless you’re prone to anaphylactic shocks nothing to poison you to death through fangs or stings. If I wander the countryside there are big beasts which I can understand. Cows and the odd bull mostly but since I drink milk and like the odd steak I’m quite prepared to share my space with them. Ish.

We don’t eat them like most other Europeans. We no longer need them for transport. So the fact I have to run their gauntlet when on a walk is, well, a bit of a bummer.

It’s not like I haven’t tried. Or spent time in close proximity. That’s maybe the problem. As a youngster in the New Forest they and their ancestral forebears, the ponies, were everywhere. As was their effluent. 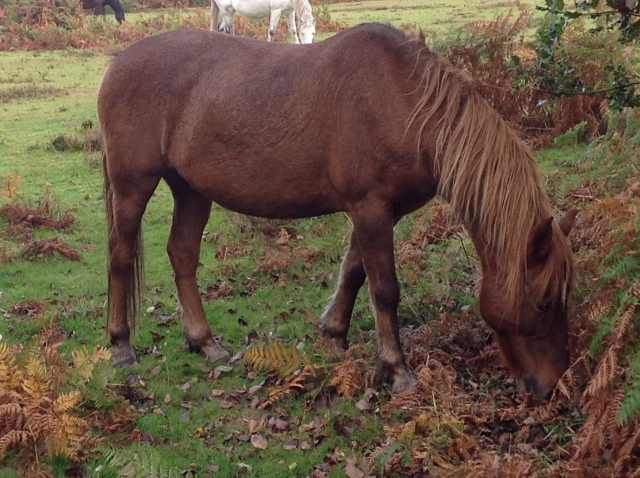 I cycle. A lot. Well I did.  And countless were the skids on freshly moistened horse dung. The smell, as mum scrapped some fresh ordure into a sack and popped it in the boot for use on her roses will remain one of five defining smells of my childhood alongside gripewater, toast, boiled handkerchiefs and beery breath.

I’ve been on their backs. In one excess of parental courage I even agreed to try horse riding with the Vet as a fourteen year old while we holidayed in Barbados. She was given  a cutesy bay called Apple or Angel or some such. 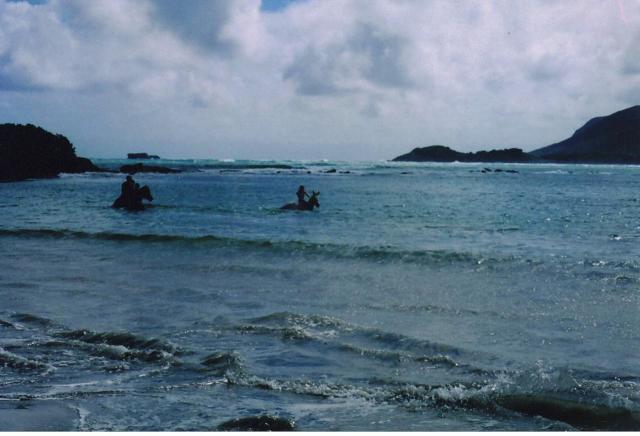 I was given the beast that even the Four Horsemen thought too frisky called Macho. It was like doing an animated weights programme where the weights fight back as I struggled to contain the beast’s urges. Having some smug stable lad tell me to ‘relax’ and ‘be less tense’ was as helpful as a set of Ikea instructions.

So lots of people love them. They get great pleasure spending time in the great outdoors astride these great mammals. I just can’t see it myself. Dangerous at both ends and uncomfortable in the middle, as I heard them described. 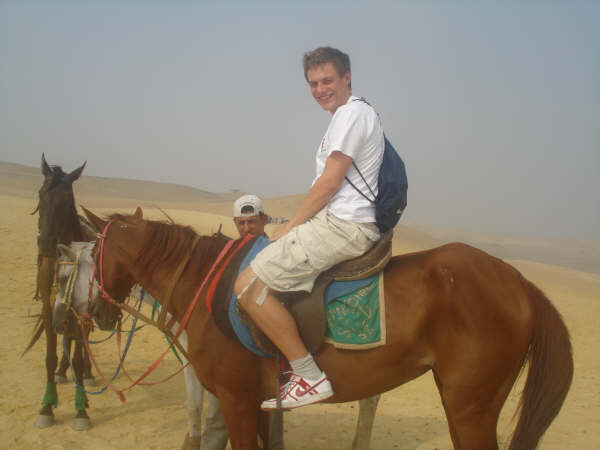 The Lawyer pretends he’s happy but really? I mean REALLY?

Someone once suggested that you should try everything once except folk dancing and incest. I’d add horse riding to that list!

My name is Geoff Le Pard. Once I was a lawyer; now I am a writer. I've published four books - Dead Flies and Sherry Trifle, My Father and Other Liars, Salisbury Square and Buster & Moo. In addition I have published three anthologies of short stories and a memoir of my mother. More will appear soon. I will try and continue to blog regularly at geofflepard.com about whatever takes my fancy. I hope it does yours too. These are my thoughts and no one else is to blame. If you want to nab anything I post, please acknowledge where it came from.
View all posts by TanGental →
This entry was posted in Animals, humour, miscellany, thought and tagged horses, humour, thoughts. Bookmark the permalink.