Nano – What To Do About That Urge: Six Lessons #nanowrimo #writing

(the images are from my garden; I cannot believe the colour that has extended into November) 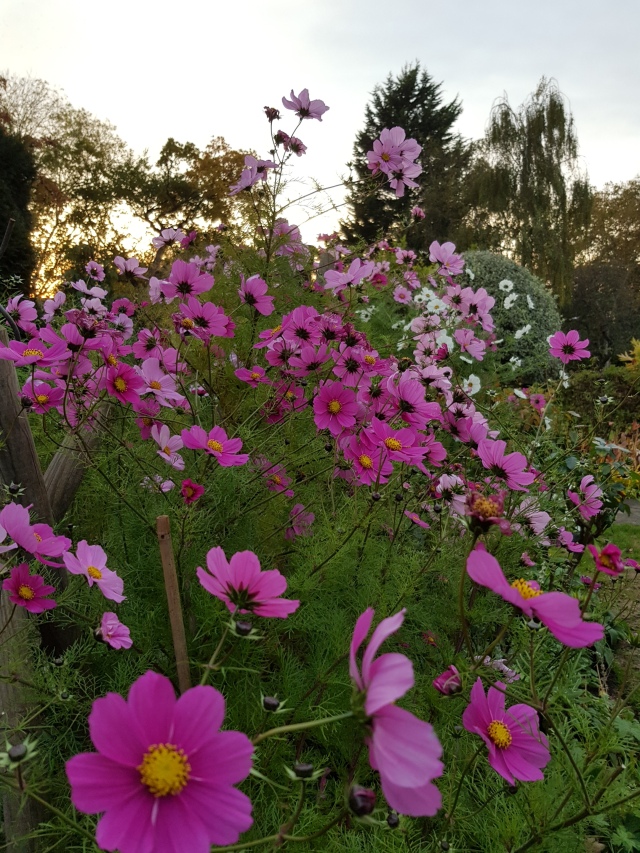 National Novel Writing Month is an exercise in many things: patience, persistence, imagination, robust typing skills. To arrive at November 30th with 50,000 words tucked away is a task many feel is beyond them. It is the marathon of writing prompts and as with the real marathon many are put off by the bogmindling enormity of the undertaking. Some start and grind to a halt after a few days especially if they fall behind in achieving the 1667 average words needed to succeed in this self imposed task.

This year will be the fourth time I have entered.  One year when I was feeling particularly crazy I modified the challenge to my own version: 50,000 words spread across 30 separate short stories, each based on a  prompt given to me by someone else and each story written on each day of November. No story could be started before the day in question, save I allowed myself to have two stories with no more than 200 words written at any one time and I also allowed myself to have thought out the title. I didn’t even permit myself to sketch out an idea beyond those two exceptions. If I knew what the story was going to be I carried it in my head until I was ready to go. Those 30 stories are now the subject of an anthology I published. I nearly expired when, after fifteen days I realised the story I had just started writing was the wrong one. I needed a significant cheese inhaler for that one.

But the other three occasions, including this year, when I have entered I’ve followed the usual challenge route. One story, start to (well near the) end over 30 days. And I’ve learnt a bit. Here are my top 6 lessons:

This year, I’ve used a short story I wrote two years ago as the prompt. The characters have changed, as has the setting but the kernel of the idea is at the heart of my book. 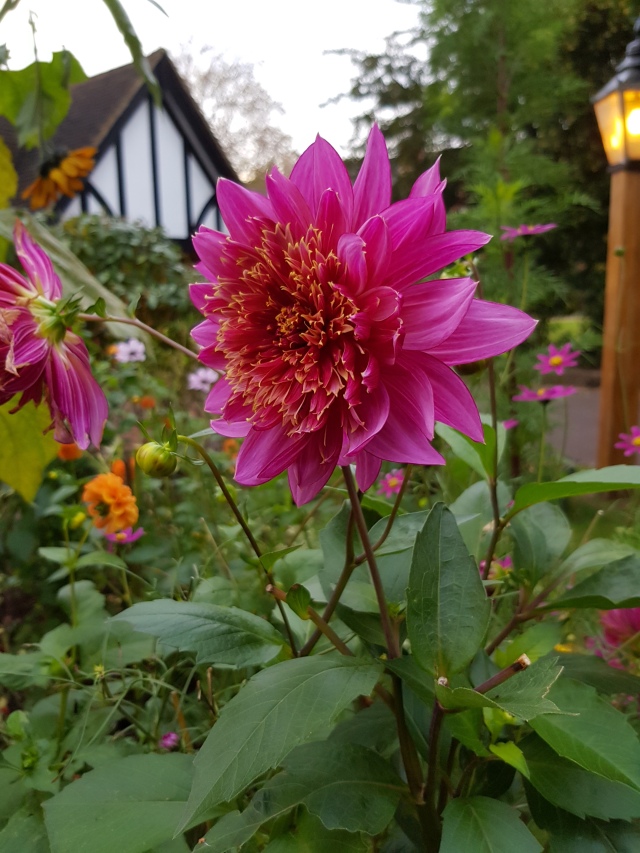 This is the short story..

The Art Of Spirit Capture

If you take the B2402 out of Maplecroft on the old Dover road and follow it for nearly a mile you’ll see a battered sign. ‘Hoskins’ it says, still readable through the rust and stippling from some rogue shotgun pellets. If you turn onto the track, avoiding the biggest potholes and drive another mile, you leave the stony fields and scrubby trees behind to reach a set of old Nissan huts. You may wonder, on arrival, if there is anyone there but look carefully before you shrug and leave.

There are always a few cars, parked in the field to the right and, these days, a smoker or two hanging around the largest hut, puffing anxiously while they await their moment with Arnold Hoskins.

Few know Arnold but those who do recognise a genius. Some call him magician. Arnold has many social limitations: he barely speaks these days; he’ll not make eye contact; and please don’t try and shake his hand or touch his arm in a casual friendly way. He has spent most of his 87 years, sitting at a variety of work benches crafting beautiful Christmas tree decorations. That in and of itself is not what makes Arnold special.

What sets Arnold apart is a discovery that he made, in the depths of the frozen winter of 1962/63: the art of spirit-capture. By means of a simple series of transmissions, while regulating the temperature of the glass at super low levels, Arnold can extract a person’s essence, his or his essential core spirit and capture it inside a decoration. This is done in the moment of dying and enables the deceased’s fundamental presence to continue, despite the inevitable entropy of the flesh.

For ten years Arnold experimented. He learnt hard lessons. For one thing, on capture the essence is strong. It will soon fill the room, where the vessel is present, which causes, over time, numerous neurological disturbances amongst the spirit’s living relatives and close friends. Short term exposure is recommended – no more than ten to twelve days, ideally, at a time and then an absence of exposure for at least six months. This allows for the released essence to settle

It is Arnold’s genius in creating Christmas decorations for the captured spirits that has led to this small stable business. Exposure for those  twevle days is enough, certainly in the first post-capture decade.

Those calling, locals mostly, who hear of Arnold’s skills, and who desire, often with a typically understated passion common in this part of Kent, to retain something of a departing loved one, know Arnold does not capture every essence.

The selfish, the mean-spirited, the callous and the small-minded bitter folk who’ve lost their love of life are allowed to dissipate to the hereafter. But the bonny, the jolly and the hail and well met are embraced.

For it is their essences which will enhance Christmas. In the houses, where spirit-captures hang, there is something powerfully good and peaceful that saturates the mood of everyone who steps across the threshold, dusts off the frost and breathes in deeply. Often times they’ll look for a fresh pine branch or cinnamon candle or mulling wine, sure they have smelt some delight. And when they go they will massage their cheeks from all the smiling, wondering at the joy of simple hospitality.

Grateful customers have been known to invite Arnold to join them. He manages what passes for a smile and declines. No, when Arnold shuts for Christmas, he goes to his simple cottage, dresses the tree and imbibes the simple residues of his parents and grandparents. These days the essences are almost gone but Arnold, himself, is nearing his time. There’s enough left of his childhood memories for an old man to enjoy his remaining few Christmas alone but far from lonely.

My name is Geoff Le Pard. Once I was a lawyer; now I am a writer. I've published four books - Dead Flies and Sherry Trifle, My Father and Other Liars, Salisbury Square and Buster & Moo. In addition I have published three anthologies of short stories and a memoir of my mother. More will appear soon. I will try and continue to blog regularly at geofflepard.com about whatever takes my fancy. I hope it does yours too. These are my thoughts and no one else is to blame. If you want to nab anything I post, please acknowledge where it came from.
View all posts by TanGental →
This entry was posted in miscellany, nanowrimo, short story, writing and tagged Nano, NaNoWriMo, prompts, short story, writing. Bookmark the permalink.

32 Responses to Nano – What To Do About That Urge: Six Lessons #nanowrimo #writing