Yep it’s time to get free and all oozy and generous.

There have been some whispers, little rumours sussurating slowly, hissing in the background like a sack of snakes mainlining salt and vinegar crisps but now, here they are…

Here is a review

In the summer of 1976 Harry Spittle aged nineteen, heads home for the summer after his first year at university. Harry seems prone to crisis from the beginning – bullying from fellow student Stephen Mc Noble who soon befriends Harry’s ex girlfriend, working in the local hotel with a diverse group of characters, and facing a bullying chef, entering a world of drug dealing, diamond smuggling and petty village gardening competitiveness…
However, Harry’s main focus in life is the opposite sex which take him on a series of hilarious escapades. I could not stop laughing at some of his shenanigans, and I learned a lot about the minds of nineteen year old males!
I loved the humour and enjoyed the musical references which reminded me of my own youth. If you want a great laugh out loud read this book is for you.

MY FATHER AND OTHER LIARS

A complex and well written story with character and topical depth.
From the outset there are many things going on: conflicting father-son relations, religious themes and ethics of scientific research. All not easy subjects but Le Pard does them justice with balanced and insightful and thought-provoking writing.
Powerful and enjoyable at the same time. 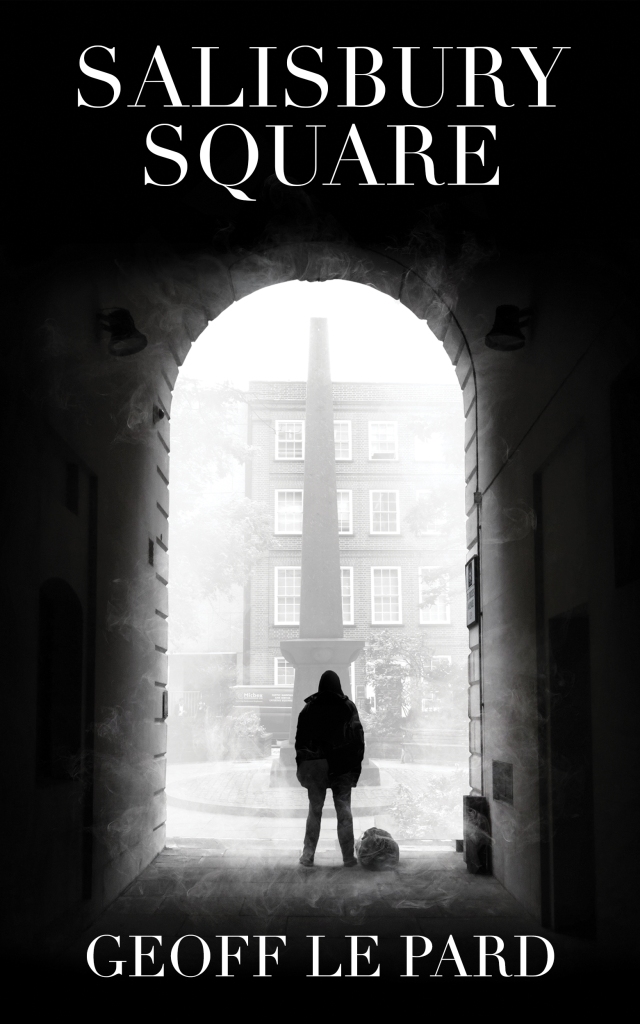 You can’t help but to feel for Jerzy, the main character of this quite dark thriller. He’s on the run from his home in Poland hoping to meet up with his friend, Jan in London for help and to get work, but things go from bad to worse as we’re taken into the depths of London which most people, gladly would never see. His meeting with Jan throws up some disturbing realisations and his life gets more complicated as he meets a young girl called Suzie who he feels he has to help and protect as she is a vulnerable, homeless drug addict who has a very violent boyfriend. Then there’s Ola, Jan’s cousin, who becomes involved to the point where she is also in danger and Jerzy feels he must help her too. The problem is, can Jerzy trust Jan, Ola or Suzie? This is such a well written book and I couldn’t put it down. I’ll certainly be looking out for more from Geoff Le Pard

Here’s a link to my author page, if you want to take advantage of this excellent autumnal treat

And why this generosity?

It’s because I’ve finished editing the sequel to Dead Flies. If anyone fancies a gently comedic read that is also a cracking mystery then beta reading slots are available. There’s also a bit of sex and rude bits. You have been warned. Do let me know if you fancy this. To tempt you, here is the blurb

When Harry Spittle, nearly qualified as a solicitor is approached to make a Will for old acquaintance, Sven Andersen, he is surprised but rather pleased. When it turns out that the Will Sven actually signs is very different to the one Harry has drawn up, and Harry is to be the executor, he is horrified. When he finds out Sven has been in the process of winding up his late father’s criminal empire and a number of not very nice people are interested in the Will’s contents and, especially, who benefits, he is terrified.

If Harry is to remain in one piece, able to continue his career in the law and save his on-off girlfriend, Penny, who is under suspicion for murder, he needs to find out what has happened to the money and distribute it according to Sven’s wishes. The trouble is Sven has not only hidden the assets but also who benefits. Harry will have to solve the puzzle Sven has left with the help of his sister, Dina before the world comes crashing down on him. With so many people depending on him, Harry knows it is time for him to grow up; it’s just that he really, really doesn’t want to.

Set in 1981, to the backdrop of punk music, Thatcherite politics and an upcoming Royal wedding, not to mention ‘Botham’s’ the Ashes, this is a book for those who like their nostalgia served with a side of humour, a dash of optimism all wrapped up in a mystery.

I’m also nearly at the point when the cover is settled. Currently it’s looking a little like this

My name is Geoff Le Pard. Once I was a lawyer; now I am a writer. I've published four books - Dead Flies and Sherry Trifle, My Father and Other Liars, Salisbury Square and Buster & Moo. In addition I have published three anthologies of short stories and a memoir of my mother. More will appear soon. I will try and continue to blog regularly at geofflepard.com about whatever takes my fancy. I hope it does yours too. These are my thoughts and no one else is to blame. If you want to nab anything I post, please acknowledge where it came from.
View all posts by TanGental →
This entry was posted in Books, free promotion and tagged Dead Flies and Sherry Trifle, free kindle promotion, my father and other liars, Salisbury Square. Bookmark the permalink.