As an articled clerk in 1979, in a small firm of solicitors comprising three partners, two independent consulatants whose ages were measured in eons rather than years and two other associate solicitors, I was the lowest form of legal pond life. Sure, there were secretaries and a receptionist but they all had their roles laid out and, being new, I had to find out how the hierarchy of invisible, if not exactly quiet, power worked.

It was a nightmare and I was grateful for one aspect of my job that didn’t exactly teach me how to be a better lawyer, but had the very desirable effect of getting me out of the office.

In those misty eyed days before anything other than washing was ‘online’ you sent things using the reliable if slow postal service. Or you found a willing, or perhaps compliant is the word, pair of hands to act as your delivery service. In our small firm, that was me.  I was what was called, in those behemoth firms in which I aspired to work, an outdoor clerk, a dedicated resource that relieved pampered articled clerks of such mundanity. No such luxury existed in the small firm; the roles of trainee lawyer and jobbing courier had to be combined. While that meant the training received at larger firms was more immersive, it also meant these tadpoles stayed at their desks, terrified, all day whereas I got three afternoons a week and the occasional urgent request to learn how London was laid out and spend time on my own.

These outdoor clerks – they were all men – have largely disappeared with email and courier services. They were uniformly small – weasely, I suppose – and wore those shabby fawn macs favoured by grubby private detectives and flashers. If you want a modern version, go to an over-subscribed event – a football game, a rock concert – and study the men (yep, still the preserve of the X chromosome) walking towards you with that faux  East End accent and  three word vocabulary – ‘buy or sell’ – and you’ll get the idea. 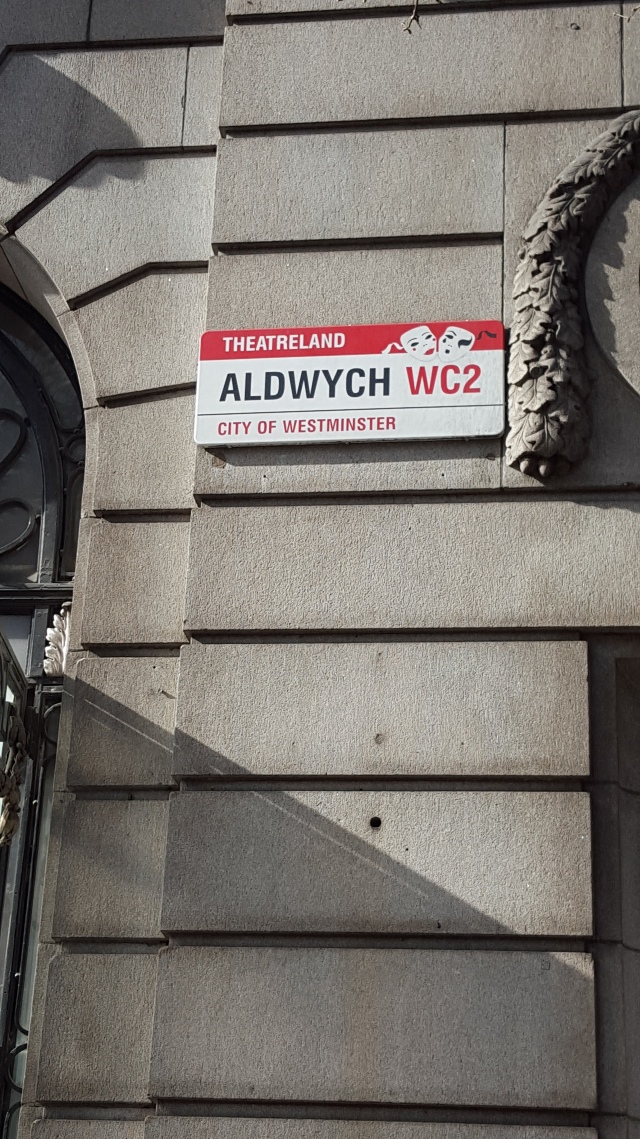 Most of the time these chores involved a trip to the Aldwych because in that small area of Central London south and east of Covent Garden (which today contains several theatres, the Waldorf Hotel 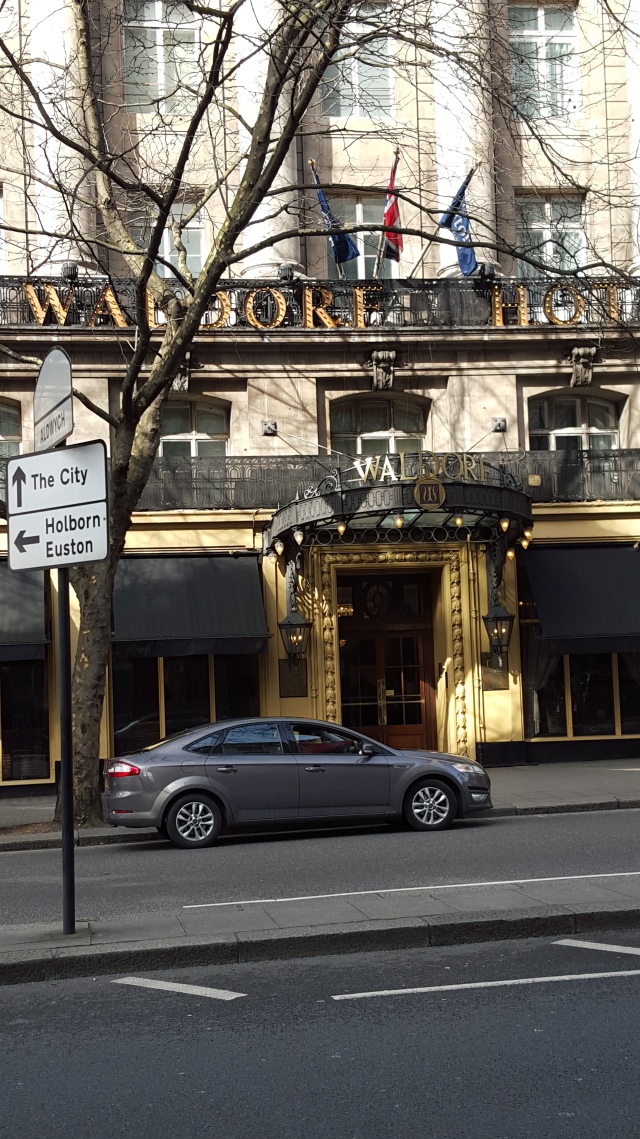 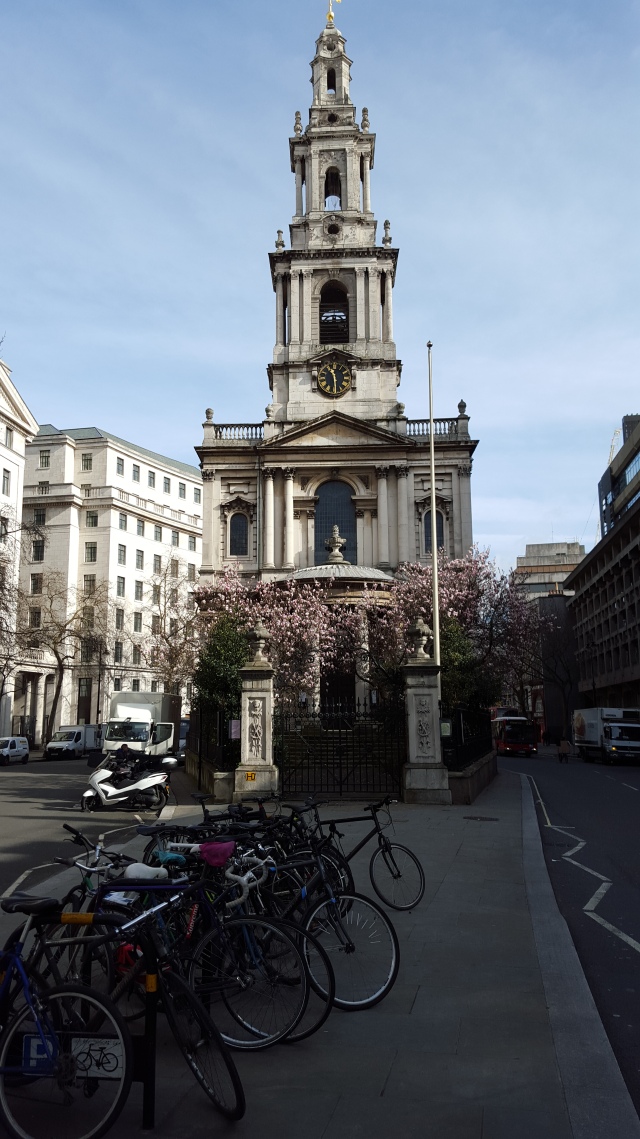 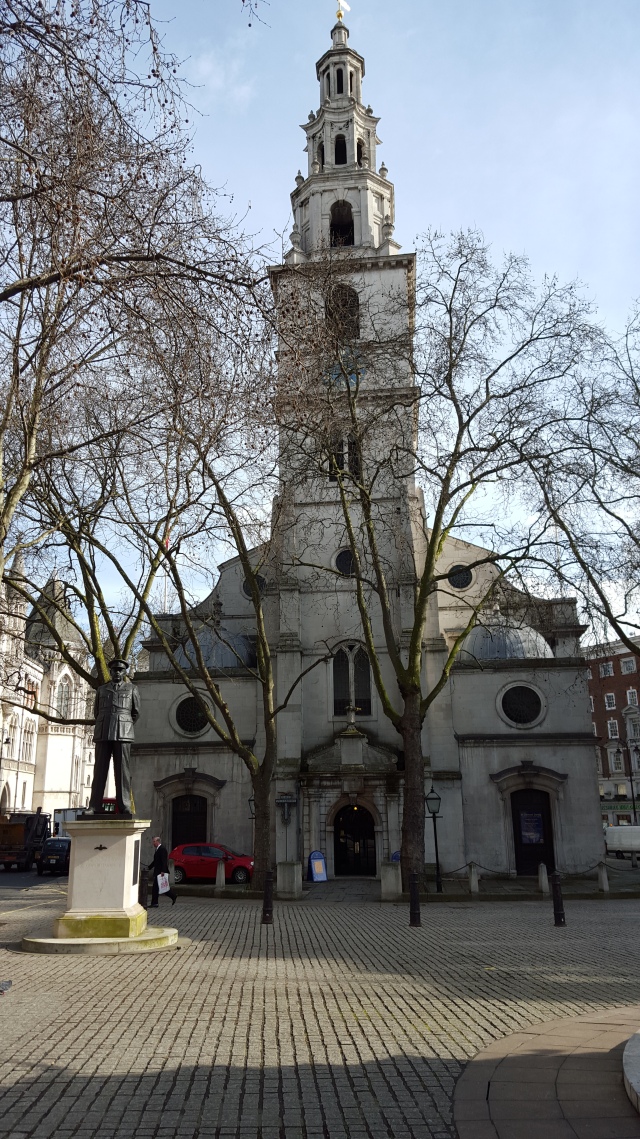 and the Australian Embassy and the High Courts of Justice) there could be found the Stamp Office (in Bush House, also, oddly home to the World Service run by the Beeb) 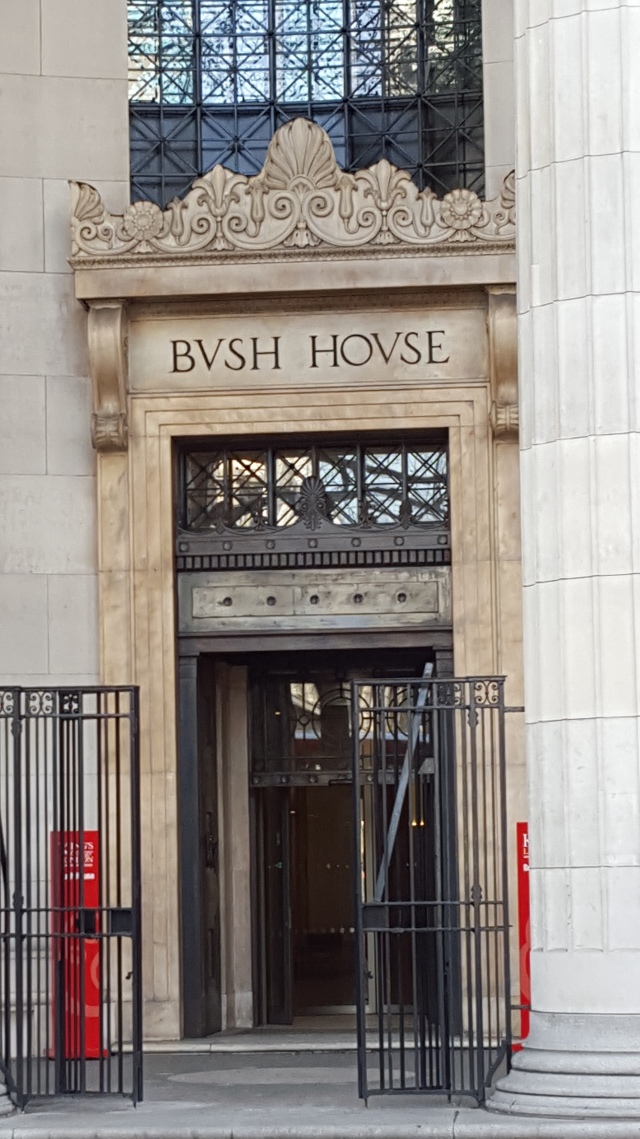 and the Probate Registry (Somerset House which was then home to the Inland Revenue as well as the registry of births, marriages and deaths). A stones throw from there you could also find the HQ of the Land Registry and the three Inns of Court, cloistered heavens in the hubbub of that bit of London that sits between the Cities of Westminster and the City itself.

Oh and there was the bankruptcy court, El Vinos wine bar, the Wig and Pen club, the Law Society, HQ to the solicitors’ profession and the home to all the national newspapers then being published (not the Guardian, obviously). 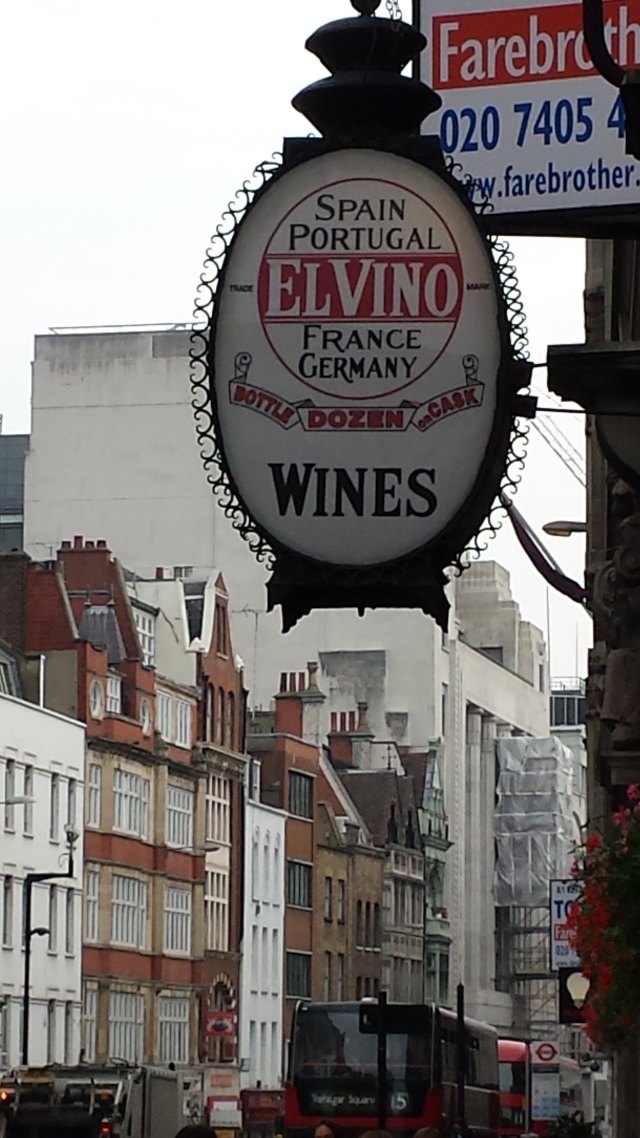 If Dickens had awoken from the desk at which he famously died or Samuel Johnson had left his house that’s a decent hit further down Fleet Street they wouldn’t have felt lost. 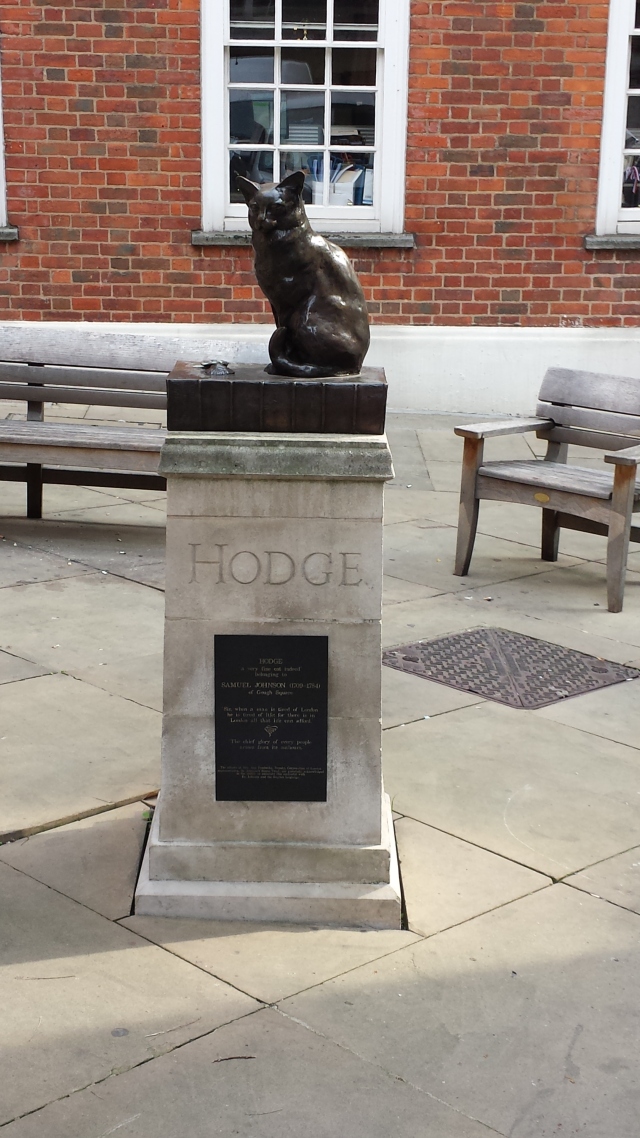 Well apart from the traffic lights. And the skirts.

The real outdoor clerks had been treading paths between all these places for decades. They scurried, desperate to achieve their quota of work before retiring to El Vinos or a welcoming hostelry – of which there were many – and woe betide a novice who slowed their trajectory.

The people who manned these essential establishments of gravitas were humourless and well-versed in the Bus Conductor’s Tease. 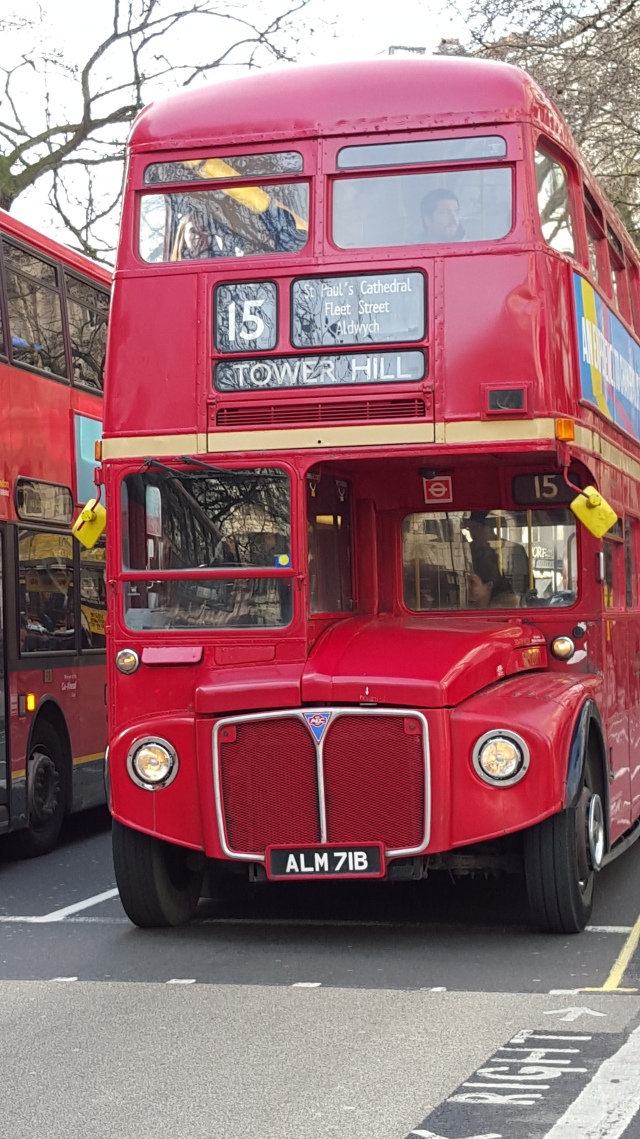 This form of behaviour can best be explained thus:

You have a train to catch.

The timing is tight as you leave your office/shop/place of work.

The bus you need to catch has just stopped, say 75 yards ahead.

You begin to run.

If you are like me, trying not to look like you are desperate, you merely wave to try and catch the conductor’s attention; brave souls call out: ‘I say!’

Oddly the conductor does not immediately spot you.

Instead he rings the bell and then turns to look at you.

At this point, our hero is confronted by two slightly different versions of the Conductor. The Sociopath and the Sympatico.

The Sociopath watches you, blank eyed as you strain for the pole, hoping to catch hold and pull yourself on board and not under the back wheels.

The Sympatico encourages you on and if you make the effort to reach out, then but only then will grab your arm and help you.

At no point will they do what they would were you, somehow, to morph into the sort of large-busted Marilyn-blond much-prized for the closing credits of Benny Hill and that is turn to the bell, give it a double ring and thus stop the bus.

Every one of these revered establishments had a process. It would be too simple for you to queue for one counter, do whatever it was you needed and then go. Oh no, you were expected to go to at least two counters and sometimes more. And you would be foolish to finish at counter one and assume you were then completely set for counter two. Of course not. That where the BCT comes in. Whoever manned (yep, mostly though not exclusively men) counter one was trained in the art of misinformation. Unless you framed your question(s) in a way which meant you would get all you needed with a yes or a no answer you were what might best be described as fucked. You could well be on a queue carousel for an hour.

Not the outdoor clerk. Said being knew all the pitfalls, all the traps and the workarounds. They were probably related since they all seemed to have similar monobrowed, beaky nosed characteristics and had absorbed the lore and techniques at birth. If you, a newbie, interfered with their well-honed, slickly choreographed manoeuvres then the opprobrium that would fall on your shoulders would make sergeant major blush.

The basic admin around these places was the same; I was charged with getting something sorted so a transaction or a will or court process could proceed. There were machines made in the 1920s that looked like something out of a Hammer House of Horrors film but which stamped a document with the necessary duty; there were fancy seals and forms needed for issuing writs or having a judgement executed. It was fascinating and, when I’d worked out the basic details of the language needed to access it, quite a pleasure.

That couldn’t be said of the Bear Garden and the Masters’ Rooms. In the English and Welsh judicial system, where you want to sue for a  debt or recovery property or prosecute someone for libel – all the many and varied matters of dispute that don’t involve the criminal law – you need to go to a court. If you have chosen the High Court, because of the nature of the matter, or the money involved or whatever reason you will end up in front of a judge. These are important people with long wigs and lots of ermine. The don’t deal with the nitty-gritty.

But in every walk of life nitty-gritty inveigles itself and someone has to sort it out. In the judicial system those sweepers of the streets and ironers of the shirts are the Masters. And not of the universe. Someone told me, early one, that those law students who fail at being a successful barrister turn to being a judge at the lowest rung. That rung is the perch on which the Masters sit. It is wobbly, covered in splinters and covered in dropping from above.

These were some of the most mean spirited, small minded, spiteful people I had ever come across. They were well educated, articulate bastards. They had failed at their chosen career and, boy, was someone going to suffer. They dealt with the small changes needed if a writ had been issued in the wrong name, a claim needed a party added or interest demanded on top of a debt. They corrected the errors. It was as dull as it sounds. And the job of the articled clerk was to present the request for those changes.

On a good day they would merely humiliate you, ridiculing your knowledge or that of your principal. On a  bad they would drive you towards a different career. Two still hold a place, deep in the contorted dungeon of my soul – Master Bickford-Smith and Master Richie.

Outside the rooms, 92 and 93 and 94 – god, I still can see those doors with their gold embossed numbers – there was a waiting area – the Bear Garden – where we, who were about to die waited. Condemned, we would seek out a likely fellow sufferer of similar inexperience and equally cowed, to share our latest horror stories.

You just didn’t know what might set them off.

It could be the document, the typing, a typo. It could be your tie, your suit, the colour of your shirt, the way your hair was cut, how you held you brief case, how you addressed them the speed at which you spoke or walked or looked at them or didn’t look at them. If you were a woman, it was worse. The stench of sexism was deep and troubling even back in the 1970s when Benny Hill ruled the airwaves. Sitting on one of the benches, waiting my turn I knew i would never be a litigator. In no known existence could I foresee a career where I might have to spend any more time in front of such people than I needed to. Shame, because I came to realise that litigation can be a stimulating place to practice.

I always left these visits until absolutely necessary. Yep, I was a coward but then so many were like me.

My name is Geoff Le Pard. Once I was a lawyer; now I am a writer. I've published several books: a four book series following Harry Spittle as he grows from hapless student to hapless partner in a London law firm; four others in different genres; a book of poetry; four anthologies of short fiction; and a memoir of my mother. I have several more in the pipeline. I have been blogging regularly since 2014, on topic as diverse as: poetry based on famous poems; memories from my life; my garden; my dog; a whole variety of short fiction; my attempts at baking and food; travel and the consequent disasters; theatre, film and book reviews; and the occasional thought piece. Mostly it is whatever takes my fancy. I avoid politics, mostly, and religion, always. I don't mean to upset anyone but if I do, well, sorry and I suggest you go elsewhere. These are my thoughts and no one else is to blame. If you want to nab anything I post, please acknowledge where it came from.
View all posts by TanGental →
This entry was posted in humour, London, memories, miscellany and tagged 1970s, articled clerks, bear garden, humour, legal training, London, masters, memories, Royal Courts of Justice. Bookmark the permalink.