Yesterday I gave you part one of  Lotus Flower and The Seven Otters. Here’s the follow up. Enjoy. The piccies? A Homage to my trip to Cambodia where I wrote this. 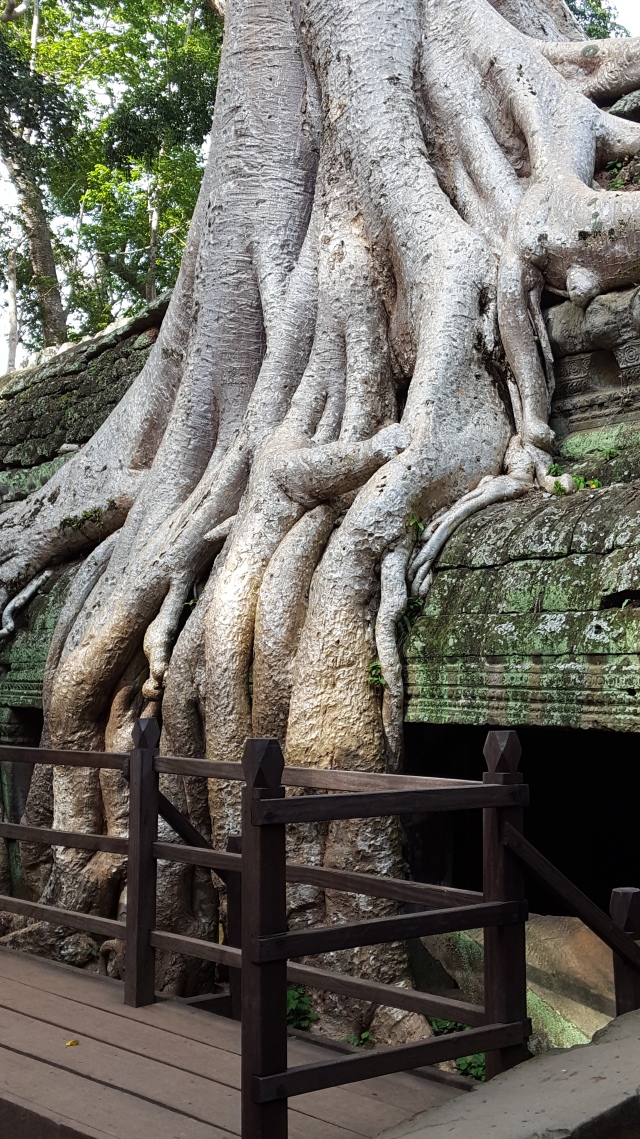 Stinky was the first to go to Lotus Flower. ‘What is it you seek?’ She asked.

‘Well, look, I know you cover the smell in the holt, and I’m grateful that everyone isn’t moaning as they once did but as soon as I’m away from here, people draw away from me. I’ll never meet a lady otter if I don’t stop the smells.’

She nodded and shook some seeds into his paw. ‘Take two, twice a day with food. Be careful to make sure you eat. And always read the small print for other possible side effects.’

‘Do you want to stop smelling?’

‘Then let’s skip that bit.’

Soon enough the success of Lotus Flower’s prescription became the talk of the brothers. Next up it was Oily. ‘Look, the thing is, that is to say, looking at things in the round…’

‘Too Sticky for Chicks?’

She dusted him with pollen. ‘Rub that in, twice a week and don’t shower after.’

‘Maybe you could start?’

‘Nothing worse than what you have.’

Oily went away, not entirely convinced until three nights later when Squinty from a holt three down on the river bank spotted him in the bar. ‘Oily Sleek what’s happened to you? You’re, godammit you’re fluffy. Quite the otter about town. What’s the secret?’

Oily smiled coyly. He’d had a crush on Squinty for years, despite never being sure who she was looking at half the time. ‘I can’t say.’ He said it sotto voce but clearly implied he would, if pressed.

‘Come on. Let’s have a swift cod beer and you can tell me all about it.’

Night Owl followed (crushed seed pods burnt at night meant he slept when he was expected to and awoke fresh to see the dawn for the first time in years), then Fishy (ingested two crushed leaves and his appetite went) and finally Nipper (a dried seedpod covered with pollen and held in the teeth twice daily for thirty minutes and his random and uncontrolled biting stopped instantly).

Colin asked how things were going. ‘Fine, though Slick has been avoiding me ever since I made my offer.’

‘I’ll have a word.’ Colin found his brother by the pool. As usual he was adjusting his fur so its patina was just the right side of glossy. ‘You’ve not been to Lotus Flower.’

‘Don’t you? All the girls go ga-ga when they see you yet you cut them dead. Don’t you want a girlfriend?’

By way of a reply, Slick backcombed his tail and dived to the lowest part of the pool.

Colin went back to Lotus Flower. ‘Nope. He’s hopeless.’ He told her of Slick’s reaction. She smiled. ‘Just drag him here and leave me with him for ten minutes.’

Colin explained what Lotus Flower had said. His brothers all thought her magical, which of course she was – I mean a Flower that talks? Give me some credit. They pounced on him and dragged him to her presence and then guarded the exit. Ten minutes later he emerged with a new swagger and… ‘Are they red lips?’ ‘And blue eyes?’

Before he could answer, Lotus Flower said, ‘It’s the least a girl can do for her gay BFF.’

The brothers looked from one to the other, stunned. Oily spoke first. ‘But we know he’s gay.’

Slick and Lotus Flower spoke as one. ‘You do?’

‘Course. It’s just Slick that never says. We assumed he wanted to try, you know, the other way.’

Lotus Flower shook her main blossom. ‘Typical boys. Why don’t you talk to each other?’

She began to laugh and then they all did which was all fine and dandy except this is the time when we find out that Oily did spill the beans to Squinty who told her father who was a bit of a wassock so he told someone else and, well, word travels. And as they were all having their fun, the front door of the holt was smashed to bits and in waddled the Burgermeister and some of his elite troops. Of course it is only in Fairy Land that a man the size of an asteroid can walk into a otter holt but let’s pass that one.

‘Ho, so this is where she’s been hiding, is it?’ The Grand (as in as large as a concert piano) Vizier boomed. ‘I think we will just take her and then you chaps can see me after in my study.’

Everyone had frozen. All except Colin who stepped forward. ‘Um, Your Bigness, a word? It will be worth it.’

The others watched, amazed as Colin ushered the Burgermeister into Lotus Flower’s room and shut the door. Half an hour later the door opened and Colin appeared with the Burgermeister’s arm round his shoulders. They shook hand-paw and then his Vastness left, with his rather disappointed crack team following.

Colin took a moment. ‘Lotus Flower hasn’t been able to pollinate so I went and found another Lotus and bought some of his male pollen and brought it back. I’ve been growing baby Lotus Flowers in the back garden. Next to the sprouts. I suggested that, rather than destroy Lotus Flower he grows his own. That way he can keep the Princesses happy and the people, too.’

‘What about.. you know? The Wicked Florist.’

‘Basically she’s history; at least if the Burgermeister controls the means of production. He’s a socialist at heart. We agreed to him having an exclusive licence on pollen less five per cent for our own use and not for resale. In return I’ll provide the male pollen – I’ve already signed up the bloke – and Lotus will provide hers if the Big Boy keeps his word. There are all sorts of medicinal spinoffs as well as cosmetics..’

‘And she’s okay with that? I mean, it’ll be like giving away her babies, won’t it?’

A voice carried from the next room. ‘I’m a bloody plant. Plants aren’t maternal. If giving away a bit of dust helps us all, then it’s fine by me.’

Everyone cheered. As you do at the end of a fairy tale because we’ve moved beyond Brothers Grimm and sad endings don’t cut it with Disney if you want them to buy the script rights.

And Colin? What did he want from Lotus Flower? Well he’d already got it. A proper otter name. Rather than Colin. I’m mean that’s not a name for an otter, is it? And that name? You’ll have to wait for the sequel.

My name is Geoff Le Pard. Once I was a lawyer; now I am a writer. I've published four books - Dead Flies and Sherry Trifle, My Father and Other Liars, Salisbury Square and Buster & Moo. In addition I have published three anthologies of short stories and a memoir of my mother. More will appear soon. I will try and continue to blog regularly at geofflepard.com about whatever takes my fancy. I hope it does yours too. These are my thoughts and no one else is to blame. If you want to nab anything I post, please acknowledge where it came from.
View all posts by TanGental →
This entry was posted in creative writing, humour, short story and tagged cambodia, creative writing, humour, otters, short story. Bookmark the permalink.

8 Responses to Lotus Flower And The Seven Otters: Part 2 #shortstory