So you’ve read parts 1 and 2, here and here. Can my university cycling career get any worse? After all I’ve decapitated a commuter, reducing the chances of our reaching a replacement birthrate by one and I’ve skittled a pensioner as easily as a frictionless bowling ball. What else is left?

Bristol in the 1970s experienced some bloody cold winters. The rather grand fountains in front of the Victoria Rooms (where some four years later I was to sit my law finals and thus look on it, even today, with the same sense of shuddering remembrance of pain caused as one might a recently removed gall stone) were frozen solid most Januarys. 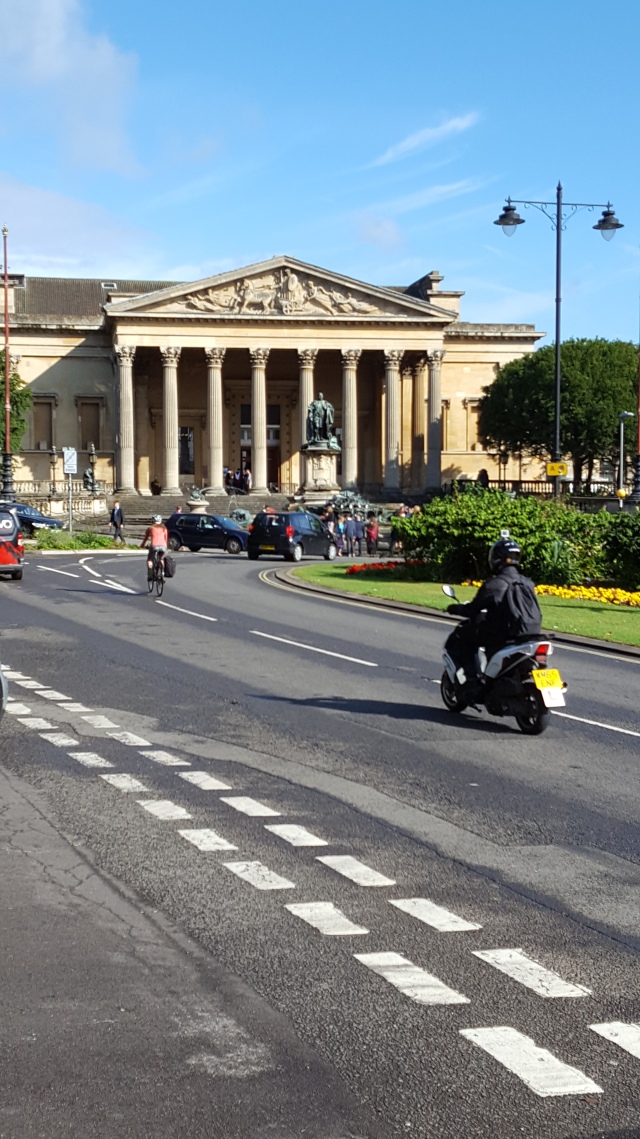 The Victoria Rooms in sunnier times, and more recently

This required an increased vigilance on the part of all road users, and indeed pedestrians because the onset of ice could be both random and deadly.

This particular January was one such lottery day. Clear, after recent rain, as crisp as a freshly plucked pound note, the day promised much, so long as it could be viewed from the inside of a centrally heated building. Outside it might be variously described as:

You probably take my meaning. 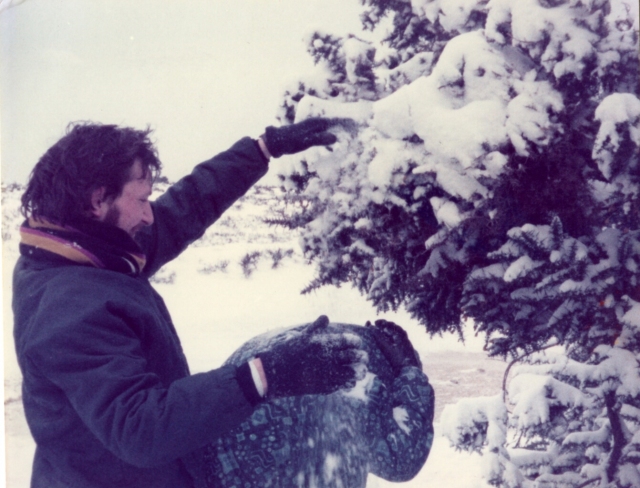 This was typical. The snow, not me being an arse to the Textiliste…

I was late. I can only assume it was a hard-wired reluctance to avoid exposure that had kept me indoors in the, ultimately vain, hope that it might warm up if I waited long enough before setting out for the lecture hall.

Having waited as long as I dared, I set off with a desperation to get to my destination as speedily as I could. I would have started cautiously, aware that any interface with ice covered roads, especially if you threw in the magic ingredient of braking, was likely to see me perform an anatomically accurate if oddly horizontal version of a chimpanzee trying to remove a python that has unfortunately clamped itself to his willy.

However the need for speed grew as I became aware that, while I hadn’t set out with the aim of having any of my internal organs preserved by cryogenic freezing, this was increasingly becoming a likely consequence of my commute.

This day, stars were aligning, god’s were enjoying a non-capricious duvet day and Sod… well, Sod was lurking as we shall find out anon.

I crossed the Downs without any alarms – tick. I descended Blackboys Hill both safely and at reasonable speed – tick, tock. Whiteladies Road held no terrors. The traffic lights outside the BBC were comfortably green and I passed the Victoria rooms with their frozen fountains contemplating an unusual situation. I might be

For those who have cycled – either under pedal power or mechanised – in sub zero temperatures will know that getting cold is not even half the issue. Losing sensation is awful and painful but it as nothing to regaining sensation, especially if you have to take handwritten notes while recovering. People talk in hushed tones about waterboarding, electrocution of your privates and other dreadful tortures. I am fortunate to have suffered none of these but I have had to warm my hands up and, believe you me, I doubt there can be much worse. 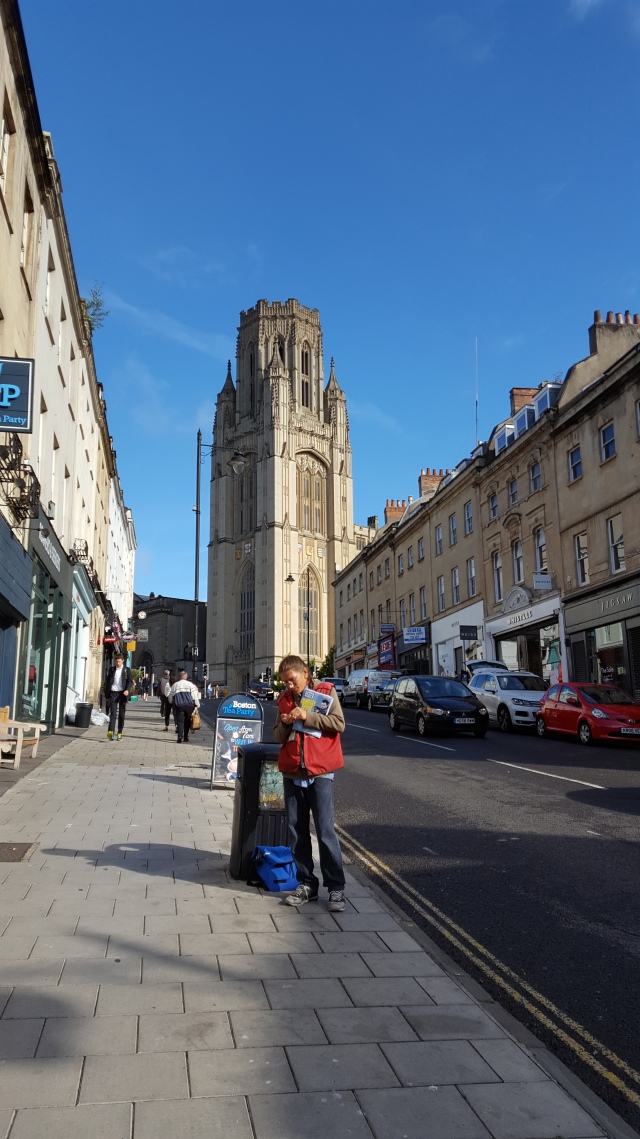 The final stretch of the journey to the Wills Memorial Building takes you past the triangle. It was a cruise and, I cannot deny, that on a day such as this, where at a minimum major reconstructive surgery is almost a given, to be in such a secure condition does tend to engender complacency. I probably waved to the crowds of stunned onlookers huddling their way to lectures, absorbing the adulation that poured forth.

As a result I did not spy a fellow student known to all for his lopsided smile, his shaggy hair and because he was a complete and utter tit. One minute he was essaying the difficult-to-master skill of walking on the pavement in a  straight line and the next he had unexpectedly veered to the right, off the pavement and in front of me.

Had I expected such a manoeuvre – and there were those who, later, indicated they thought me remiss not to have at least countenanced such an occurrence – I could have braked and stopped in the highly advisable upright stance. In such a situation one might have indulged in light badinage of the ‘I say, old fellow, watch the jolly old step, don’t yer know,’ while jovially clapping him on the shoulder and sending him on his way with a sheepish smile.

As it was the first I saw of him was when his arse – and it was not then, and no doubt remains so to the day, the sort of arse with which one would want any sort of proximate conjunction – appeared inches away from me.

Quicker witted cyclists than yours truly might have assessed the situation and decided that ramming the front wheel into those loosely packed, pendulous cheeks, utilising the gap in between as a sort of informal bicycle rack might have proved expedient.

I was not so resilient. I am not capable, under stress, of such tungsten-fibred judgements.

As in ‘you fucking witless heap of guano’.

Naturally if one turns a blind eye to where Sod might be lurking one misses what seems obvious later. Namely this particular stretch of road was covered in a  delicate but none the less comprehensive sheen of ice.

As I think any child who has taken Physics to GCSE knows, Sod’s 14th law states:

Not one but both wheels slipped sideways and as gracefully as circumstances allowed I ‘came off’.

One of the many skills one develops as a congenital klutz is the ability to fall while minimising the impact. So it was on this occasion. I hit the road with the sort of release of air that accompanies small rodents when dropped onto bagpipes and continued on my merry way, triaging myself as I slid in my previous direction of travel. I passed my nemesis and exchanged pleasantries before coming to a halt in a  strategically placed drain. No harm done.

It was now time to consider the fate of my bike. Had I thought about it, the lack of any concern for my fall should have warned me that other, more dramatic consequences were unfolding.

Particularly on the far side of the road where my now horizontal bicycle was headed.

On the far kerb a gentleman stood, apparently oblivious to my recent disembarkation. At the level this passerby was looking he would have failed to see a horizontal bicycle approaching him on the yet to thaw ice. He was checking for cars and lorries and having ascertained their absence began the normally straightforward process of crossing the road.

Even today, I can see him very clearly. In the middle 70s the large Afro-Caribbean population of St Paul’s in Bristol was making itself seen and heard. This chap was tall, not broad but snappy in every sense. His hair was an enormous a la mode Afro much like the ones sported by Huggy Bear off Starsky and Hutch. His camel-haired coat and silk cravat spoke to the sophistication of  Shaft, while his highly polished black shoes seemed to refract the bright light.

He began to step from the security of the pavement, but by dint of a cunning plan on the part of my fellow students, now watching this tableau unfold – namely they called out a warning – he hesitated and looked down, only to be confronted by what must have been an unexpected, possibly intriguing sight.

He may have hesitated a fraction, it may already have been too late but he tried to stop his forward momentum much as I had done mine seconds earlier. The result was much the same only in his case he did not part company with a bike but his shoes.

Until the moment of their leaving I think all of us on our side of the road assumed his shoes to be slip-ons or brogues but they were in fact very trendy clogs.

We voyeurs will all have our memories of that moment. Mine are of the extraordinary rainbow-coloured toe-socks he was wearing. But all of us noted the independence of thought and pioneering spirit of that footwear. Both clogs left their owner in a straight line down the hill which, if you followed it for a mile would end up in the Docks. They both remained side by side, as if each was encouraging the other on. And they both seemed to gather speed.

The now unshod local looked across at me and his expression was not one of joy, of forgiveness or one which I particularity wanted to come any closer to interpreting. He began to articulate his particular points in accented English, revealing notes of Jamaican laced with utter Fury, but was interrupted by the cries of someone further down the hill, pointing out that his shoes were making no obvious efforts to stop and, unchallenged may be preparing to launch themselves on a no doubt doomed attempt to reach the New World.

His dilemma was plain to all. Remonstrate with me as the obvious cause of his acrobatic experiences or let me off with a warning and go hunting down his errant shoes.

The fact I’m writing this post tells you all you need to know about his decision. 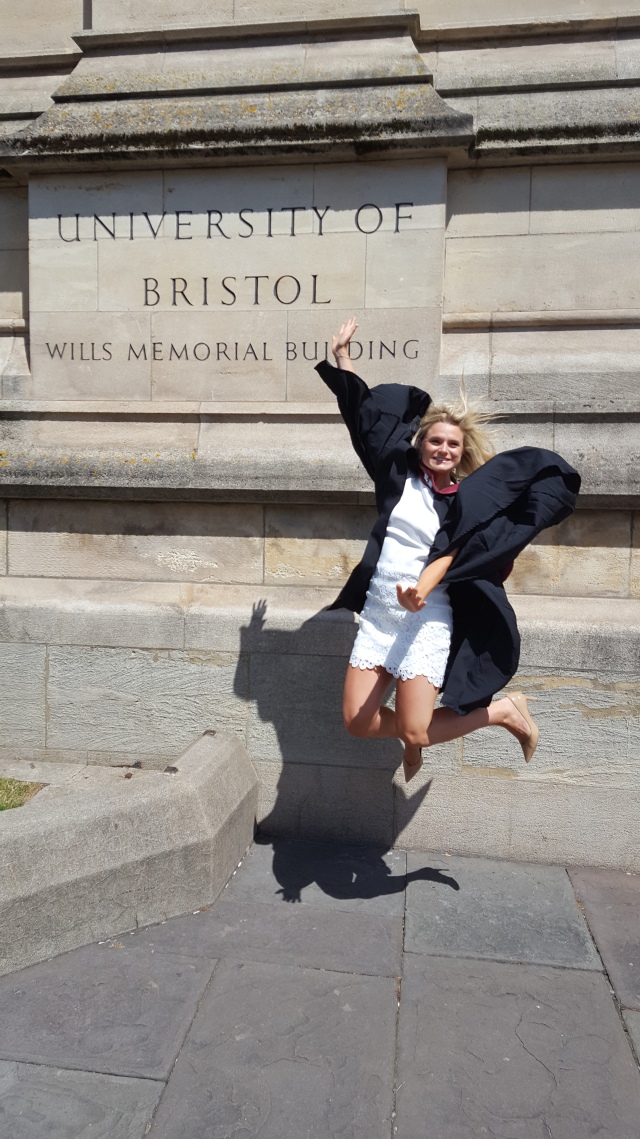 My name is Geoff Le Pard. Once I was a lawyer; now I am a writer. I've published several books: a four book series following Harry Spittle as he grows from hapless student to hapless partner in a London law firm; four others in different genres; a book of poetry; four anthologies of short fiction; and a memoir of my mother. I have several more in the pipeline. I have been blogging regularly since 2014, on topic as diverse as: poetry based on famous poems; memories from my life; my garden; my dog; a whole variety of short fiction; my attempts at baking and food; travel and the consequent disasters; theatre, film and book reviews; and the occasional thought piece. Mostly it is whatever takes my fancy. I avoid politics, mostly, and religion, always. I don't mean to upset anyone but if I do, well, sorry and I suggest you go elsewhere. These are my thoughts and no one else is to blame. If you want to nab anything I post, please acknowledge where it came from.
View all posts by TanGental →
This entry was posted in bicycling, Bristol, humour, memories, miscellany and tagged Bristol, cycling, falls, ice. Bookmark the permalink.

20 Responses to Wheels Within Wheels – the Middle Years – Part 3