And The Winner Is….

Serendipity. What do you need for this sort of lexicographical magic to occur? Take an impending invasion, avian displacement and a geeky army officer and you end up with a social construct that benefits millions.

Minsmere in Suffolk is a bit wet, a lot muddy and very often windswept. In 1939 it was all of these but also flat and drained and, were there to be an invasion across the North Sea the ideal place to land, unlike the cliff encrusted Kent coast around Dover. The powers that be decided that the amelioration of this risk lay in a reflooding of the former marshes. 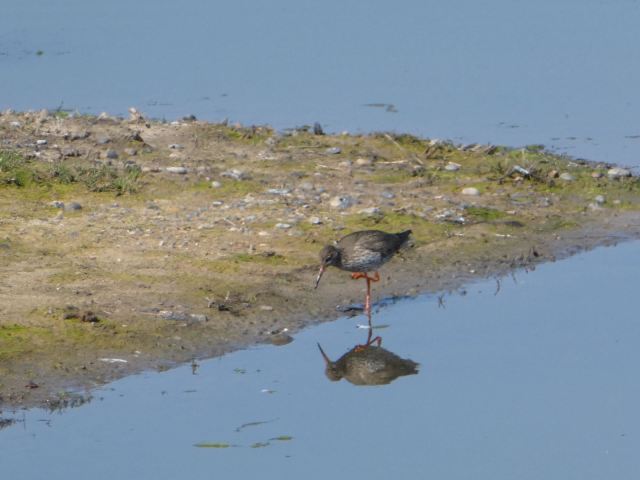 Nature has a way of adapting. The newly salinated water attracted sea birds not gun totting hoards, which pleased the locals and the land owner, Captain Ogilvy. It was a pleasant by-product but not, to be sure a reason to leave the flooded land alone once the war receded onto the continent. Plans were afoot to restore the mere to farmland when a startling event took place for the first time in over 100 years.

Avocets, a splendid spindly legged wander visited and, glory be, four pairs began to nest. The captain and four colleagues were beyond excited but also worried. An avocet egg would be much prized by a bird’s egg collector. So they mounted watch, using the code name ‘zebra’ to designate their charges and finally the chicks  were born.

Minsmere became a reserve run by the Royal Society For The Protection of Birds and the avocet the symbol of the society.

Today millions enjoy RSPB reserves and the avocet returns to breed year on year. Walking around the perimeter recently the birds were plentiful and, yes, there were avocets. We stood in one of the convenient hides, watching the comings and goings as much as the time of our walk allowed.

Nature may be an indifferent mistress but she rarely wastes an opportunity. And for once neither has man.

My name is Geoff Le Pard. Once I was a lawyer; now I am a writer. I've published several books: a four book series following Harry Spittle as he grows from hapless student to hapless partner in a London law firm; four others in different genres; a book of poetry; four anthologies of short fiction; and a memoir of my mother. I have several more in the pipeline. I have been blogging regularly since 2014, on topic as diverse as: poetry based on famous poems; memories from my life; my garden; my dog; a whole variety of short fiction; my attempts at baking and food; travel and the consequent disasters; theatre, film and book reviews; and the occasional thought piece. Mostly it is whatever takes my fancy. I avoid politics, mostly, and religion, always. I don't mean to upset anyone but if I do, well, sorry and I suggest you go elsewhere. These are my thoughts and no one else is to blame. If you want to nab anything I post, please acknowledge where it came from.
View all posts by TanGental →
This entry was posted in countryside, miscellany, nature, suffolk and tagged Avocet, birds, Minsmere, RSPB, Suffolk. Bookmark the permalink.

15 Responses to And The Winner Is….