The Re-Cycle Of Life

A couple of years ago, we decided to use up some old bits and bobs to make a bug home in our garden. The first buggery appeared shortly after and now we have four residential bug-blocks and a host of small sub-buglets. 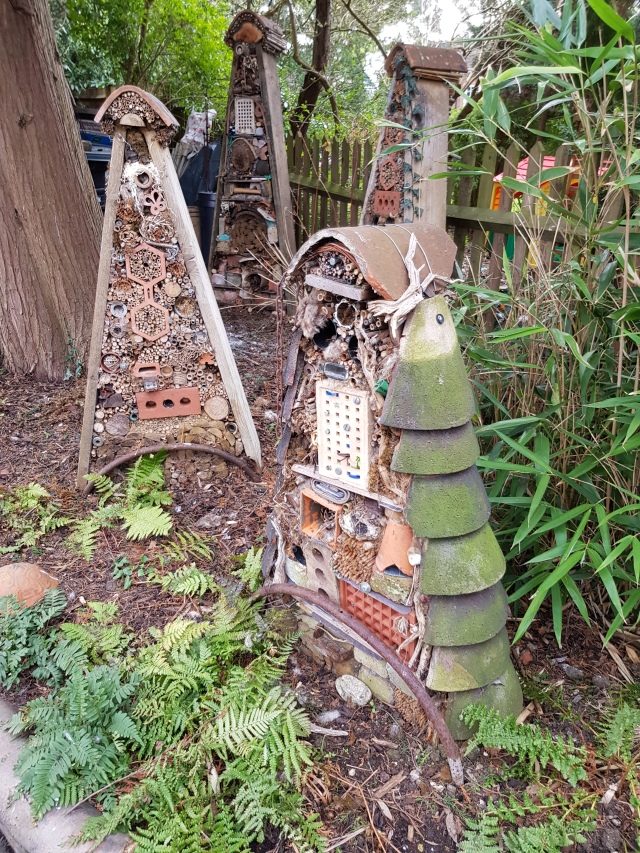 The thing is that when you start out with this whole re/up-cycling schermozzle you cant stop. Which meant that, when our current two compost bins began to collapse we began a hunt for bits and bobs to replace them. 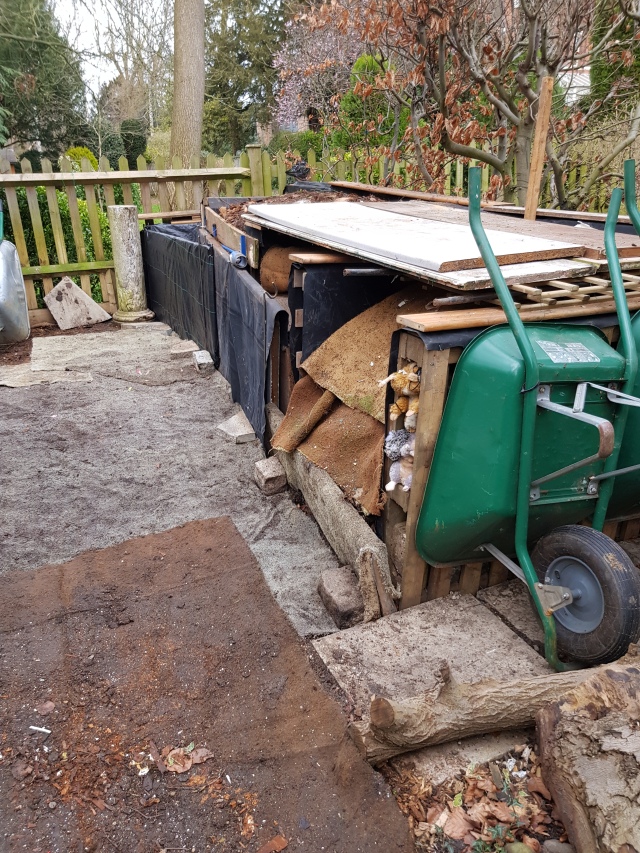 We asked our neighbours for old pallets we saw stacked in their garden waiting to go to the dump. We took some old doors from the Lawyers flat and we kept back the pond liner I rather stupidly tore when the first attempt to make a pond fell apart a few years ago.

The result is a rather splendid run of new compost bins – we now have four – and a corner shelter for the spades and larger tools. 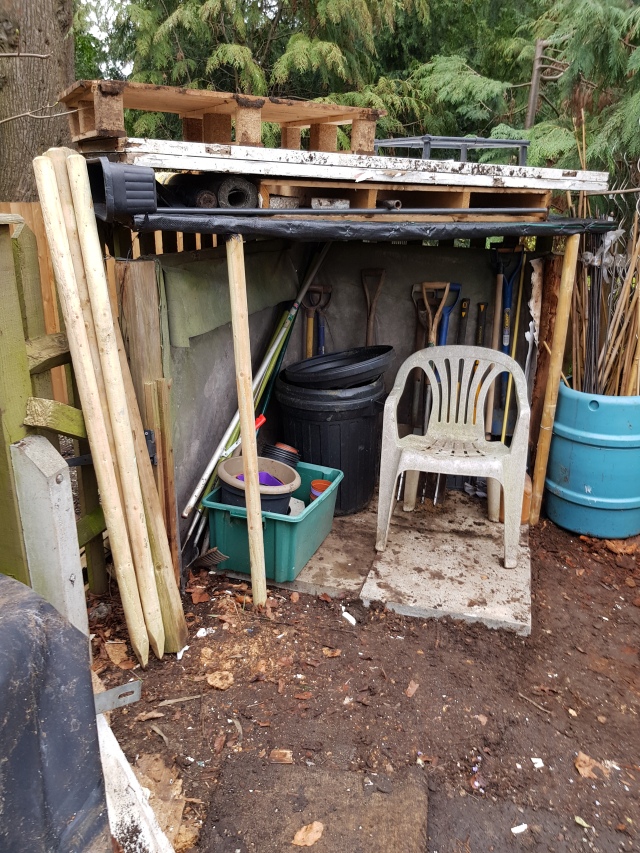 I’m knackered but rather pleased.

And here a few pics from the green shoots of spring that are beginning to peek out in our garden. Things must be improving as Vicky, the family tortoise, is making her annual bid for freedom from her hibernation box. 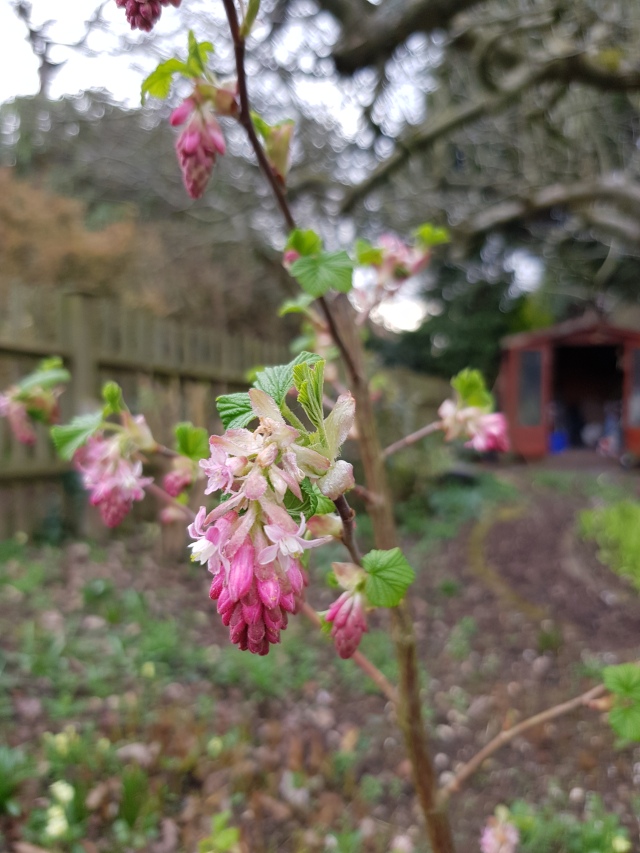 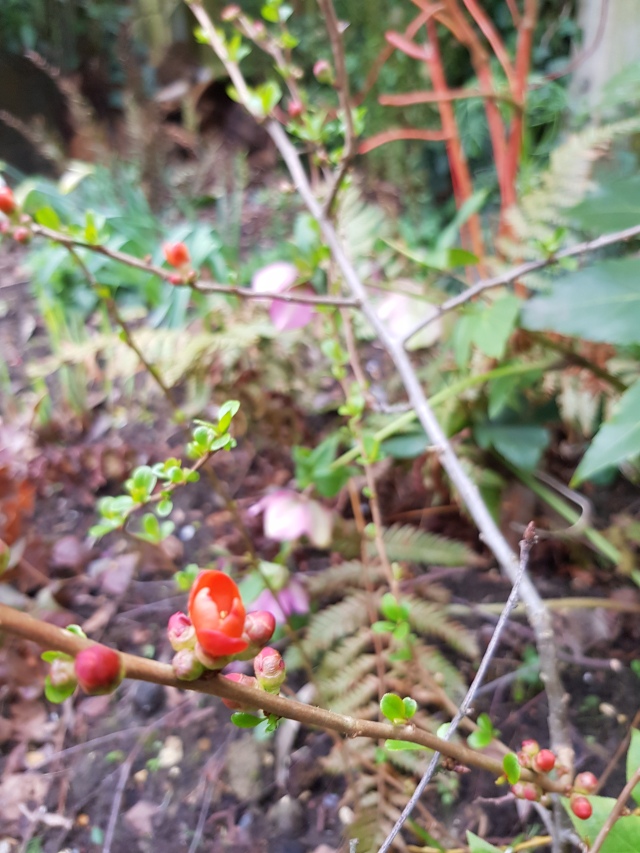 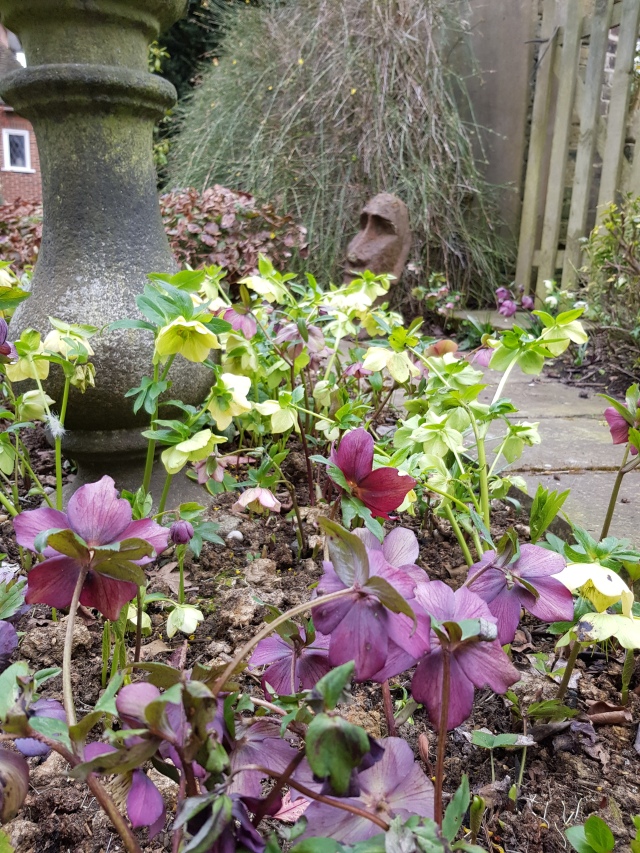 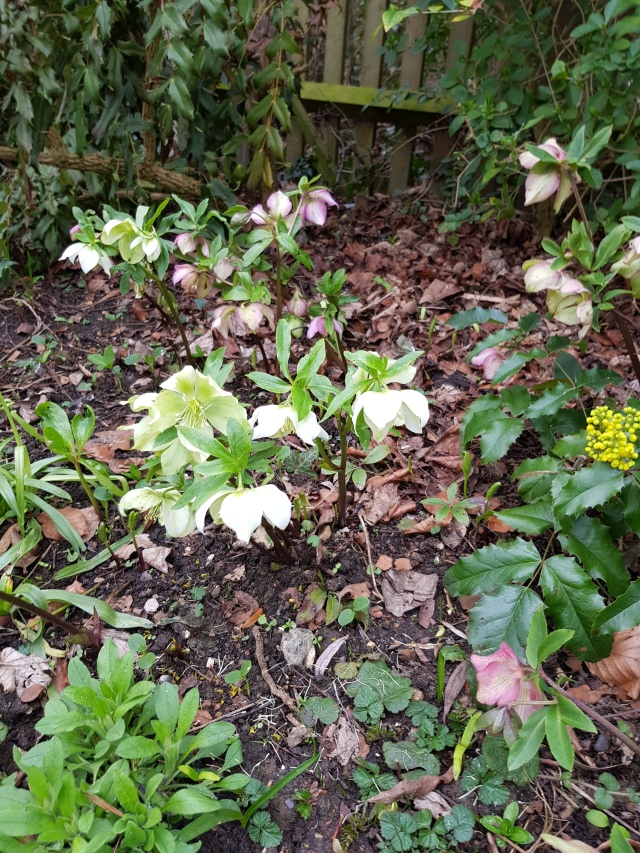 My name is Geoff Le Pard. Once I was a lawyer; now I am a writer. I've published several books: a four book series following Harry Spittle as he grows from hapless student to hapless partner in a London law firm; four others in different genres; a book of poetry; four anthologies of short fiction; and a memoir of my mother. I have several more in the pipeline. I have been blogging regularly since 2014, on topic as diverse as: poetry based on famous poems; memories from my life; my garden; my dog; a whole variety of short fiction; my attempts at baking and food; travel and the consequent disasters; theatre, film and book reviews; and the occasional thought piece. Mostly it is whatever takes my fancy. I avoid politics, mostly, and religion, always. I don't mean to upset anyone but if I do, well, sorry and I suggest you go elsewhere. These are my thoughts and no one else is to blame. If you want to nab anything I post, please acknowledge where it came from.
View all posts by TanGental →
This entry was posted in gardening, gardens and tagged compost, flowers, garden, recycling, tortoise. Bookmark the permalink.

49 Responses to The Re-Cycle Of Life