Drawing A Snow Line Under The Day

I’m skiing. In Italy. In the shadow of the Matterhorn. Cervinia, which apparently is ‘Matterhorn’ for the locals and the town, originally Breuil, was renamed by Mussolini…. but I digress.

I’m with six friends, a small hand-picked elite of post menopausal males with folicle challenges aplenty and an insatiable desire to be 27 again.

There’s been the usual mix of banter and badinage, more appropriate for those of the beardless years, some unnecessary toilet humour and several ten minute organ recitals*. We are intellectually athletic and physically arthritic and combing the two is rather like dad-dancing on ice: we know we look good even if the occasional video clip is more redolent of Postman Pat having just discovered a pet rat in his salopettes,  than Frank Klammer circa 1987.

* the ten minute organ recital is a rule introduced by a friend of the Textiliste to their get togethers: the first ten minutes are given over to a discussion of the latest ailments (including those of best friends) after which they are not to be mentioned again – we used each coffee/lunch/hot chocolate break wisely.

What has made a difference this year is the acquisition (by someone who in every sense is old enough to know better) of an Apple Watch. Said watch  has a ski function and it has provided us with some statistics. 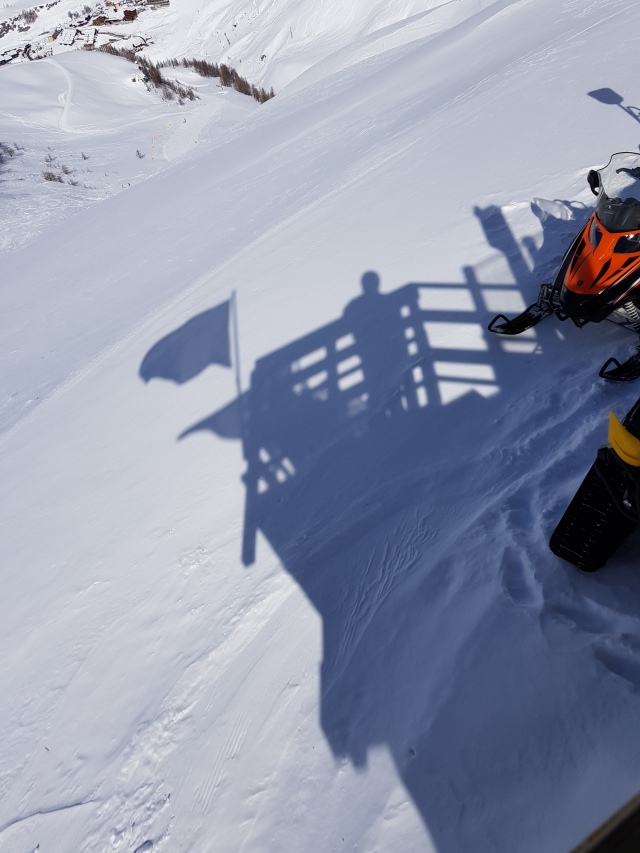 Is this good? Healthy? Downright foolhardy?

Who knows? Who cares? Like Dog in this picture Stop the irrelevancies, just serve the food.

My name is Geoff Le Pard. Once I was a lawyer; now I am a writer. I've published four books - Dead Flies and Sherry Trifle, My Father and Other Liars, Salisbury Square and Buster & Moo. In addition I have published three anthologies of short stories and a memoir of my mother. More will appear soon. I will try and continue to blog regularly at geofflepard.com about whatever takes my fancy. I hope it does yours too. These are my thoughts and no one else is to blame. If you want to nab anything I post, please acknowledge where it came from.
View all posts by TanGental →
This entry was posted in Friends, holidays, miscellany and tagged dog, Friends, skiing, statistics. Bookmark the permalink.

35 Responses to Drawing A Snow Line Under The Day