Aunts Aren’t Gentlemen, So What Does That Say About Great Aunts?

PG Woodhouse was clear about how devilish Aunts could be in his fabulous Bertie Wooster books. But what of Great Aunts?

I’m lucky enough to have two aunts, both of them are alive and well and with power to add to the gaiety of nations. But not all aunts are darlings. Oh no. Not at all.

Woodhouse understood aunts. Formidable and not to be underestimated. He wrote this for example

“It isn’t often that Aunt Dahlia lets her angry passions rise, but when she does, strong men climb trees and pull them up after them.”

And what of my experiences of nutty aunts? Well, aunts are a good counterpoint to parents, giving us, in the best way, a subversive experience of adulthood. But a distinction must be drawn between Aunts and Great Aunts. 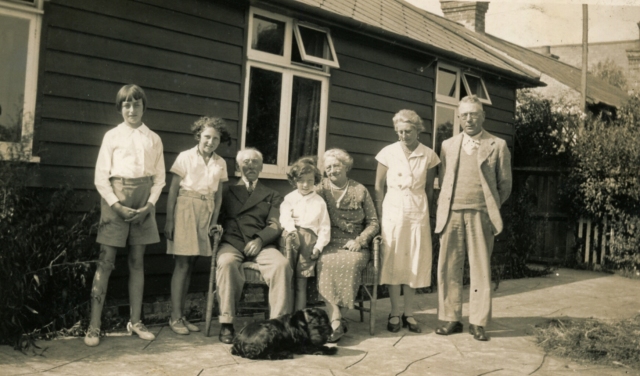 My Great Aunts, unlike troubles, came not in battalions but in single spies, spread over time. I recall a series of visits from women sporting large coats, hats of monumental confection and immovability and voices that launched battleships and penetrated deep space. The Archaeologist and I were fascinated by their hats. Why for instance did these dusty faced women, smelling oddly of wardrobes and toilets, take off their coats and shoes yet leave on their hats? Were they bald beneath? Did they fear their rigid and highly spun hair might make a bid to escape if released from the weight of the hat? Was something extraordinarily interesting kept underneath, a marmalade sandwich perhaps or one of those odd shaped rubber things mum had in her bedside table, hidden under a tangle of stockings, Pond’s Cold Cream and spare soap? 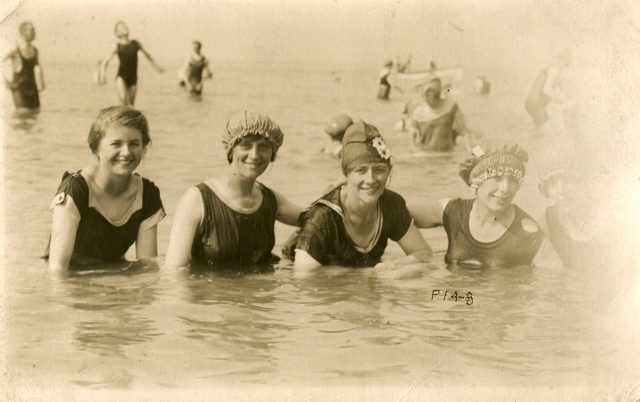 They perched too, did great aunts. They never sat back in any chair, unlike great uncles who contoured to each chair and used their stomachs to balance everyday equipment such as teacups and tobacco pouches. Great aunts did a lot of disapproving. They had a range of tutts that accompanied another aunt’s conversation, like mood music for their complaints. I’m sure I read that certain tribal languages amongst aboriginal peoples which comprise whistles and clicks were used during the Second World war as unbreakable codes; the vocabulary of the Tutting Aunt could have been used with equal facility.

Great aunts were possessed of things like rheumatics and water works and a variety of bowel problems and ate in small pecks though they never left anything. And they all seemed to have ill fitting teeth that the swilled around inside their mouths as they spoke, ate or drank tea.

Great aunts were often generous, bestowers of chocolate treats and hard peppermints that blew your sinuses apart. They belched and farted but woe-betide any comment, or worse snigger; in such a case fingers, gnarled like a hundred year old beech branch and forged from titanium would unerringly catch you close to, or on, the ear, leaving no mark but inflicting searing pain.

One great aunt, Rose, was a staunch high ranking officer in the Sally Army.

Even my gran, her sister, behaved impeccably in Aunt Rose’s presence. We had tea once a year at her small cottage near the harbour in Whitstable and the Archaeologist and I were begged to behave for the two hours we were there. If we did then on the way home we were treated to a go on the diesel powered boats on the lake at Hampton just outside Herne Bay.

I wish I remembered what the adults talked about but I do remember the mood – sombre, funereal. I suppose someone, somewhere had died and their lives must have been picked over critically with their chances of a swift pass by St Peter dissected, probably leading to the conclusion that they would be sent to the back of the queue.

Yes, I’ll take my aunts any day but of Great Aunts, they are better in  post than in person.

My name is Geoff Le Pard. Once I was a lawyer; now I am a writer. I've published four books - Dead Flies and Sherry Trifle, My Father and Other Liars, Salisbury Square and Buster & Moo. In addition I have published three anthologies of short stories and a memoir of my mother. More will appear soon. I will try and continue to blog regularly at geofflepard.com about whatever takes my fancy. I hope it does yours too. These are my thoughts and no one else is to blame. If you want to nab anything I post, please acknowledge where it came from.
View all posts by TanGental →
This entry was posted in family, humour, miscellany and tagged aunts, family, great aunts, PG Woodhouse. Bookmark the permalink.

35 Responses to Aunts Aren’t Gentlemen, So What Does That Say About Great Aunts?