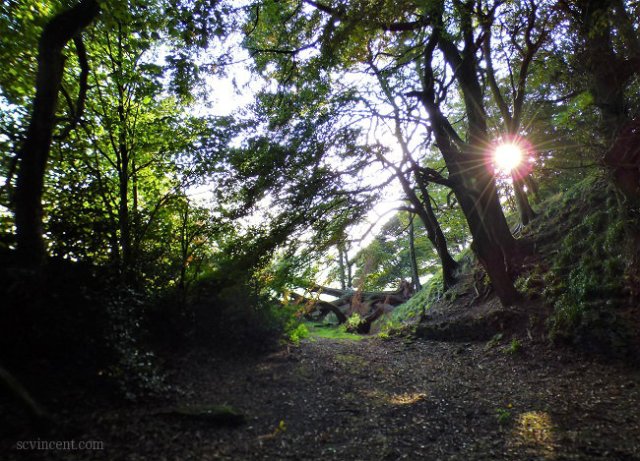 ‘And this is another classic Walter Bleasedale, from his ‘Mysterious Orb’ series…’

‘Yes, but what do you mean? It’s from Walter. It’s been authenticated…’

‘That’s the point. It’s not authentic.’

‘But Walter created it…’

‘So did Frankenstein, but that didn’t make it human.’

‘Look, no one wants this cod dissection from some loony…’

‘Oh, that’s right. Lose the argument and resort to insults.’

‘Walter Bloody Bleasedale made this picture and…’

‘Of course he did. But that doesn’t make it real. That orb for instance…’

When Bleasedale did his first. Remember that?’

‘Sure. And the trick was the light, right, the floating light. Otherwordly.’

‘So, he’s moved on. It’s no longer about the art, the honesty. It’s about the money.’

‘He painted the picture and…’

‘Hold that thought. He painted the picture… but he didn’t paint the orb.’

‘So you keep saying but just saying it doesn’t make it so.’

‘Just calling it an orb doesn’t make it so.’

‘This is getting us nowhere… Ladies and Gentlemen, moving on, this…’

‘It’s a lightbulb. This isn’t some mystical presence, inspired by nature. This is an Osram 150 watt bayonet, 70 pence at Tescos. Doesn’t have quite the same lustre, that.’

‘I defy you to look at that and see a lightbulb. Where’s the filament? The holder? The power source?’

‘But that’s what it is. And those? Those pools of light? Those ‘Footsteps of the Gods’ in his immortal words? Bleach. Demestos. A quid from any good retailer. We’re not in a presence here. We’re in a sham.’

‘Because I set it up for him. The orb wasn’t there when he came to paint it. I had just done his garage out as a studio when he called me.’

‘What if he just made it up? What if, and I’m hypothesizing here, there was no orb and no bulb, no pools of light and no bleach. Just his imagination. Does that make it fake?’

‘He sells on the basis that he paints the extraordinary in nature, so…’

‘Yes, but you’re not saying, surely, that there have never been orbs, never been pools of light?’

‘That is the point. He’s painting a dream, an idea, a concept. This isn’t reality. He’s not saying, Look, See This. It’s magic.’

‘People buying it might think that, but that’s not what he’s doing. You need someone else, not Walter if that’s what you want.’

‘A sodding photographer. So Ladies and Gentlemen, when Walter was ten he had his first transcendental experience…’

My name is Geoff Le Pard. Once I was a lawyer; now I am a writer. I've published four books - Dead Flies and Sherry Trifle, My Father and Other Liars, Salisbury Square and Buster & Moo. In addition I have published three anthologies of short stories and a memoir of my mother. More will appear soon. I will try and continue to blog regularly at geofflepard.com about whatever takes my fancy. I hope it does yours too. These are my thoughts and no one else is to blame. If you want to nab anything I post, please acknowledge where it came from.
View all posts by TanGental →
This entry was posted in #writephoto, creative writing, prompt and tagged #writephoto, photo prompt, sue vincent. Bookmark the permalink.