Eking Out The Energy #gardencolours 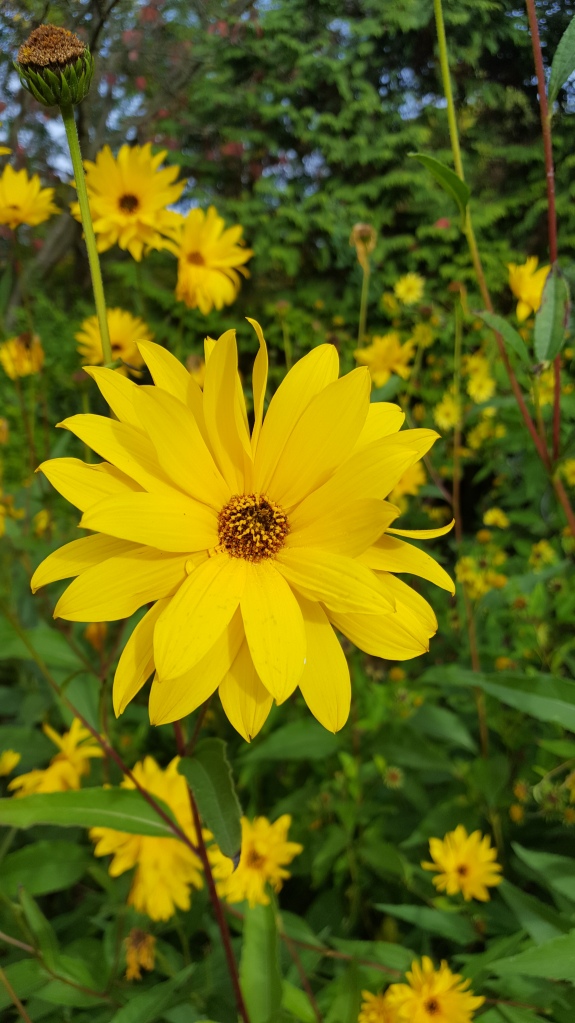 October should be the end, really. The summer is well past and autumn is a time when the leaves turn, to give their final show before dropping, but the blossom… it should be past its best. Well, no actually.

We are experiencing a mini heat wave courtesy of the fag end of Hurricane Ophelia or some such.

While further south hurricanes are generally unwelcome, when they’ve blown themselves out and bounced off the eastern seaboard of North America, they can often travel the Atlantic and provide us with a benign period of raised temperatures and welcome rain, even if the winds do sometimes wound. This might be one of those times; we shall see. 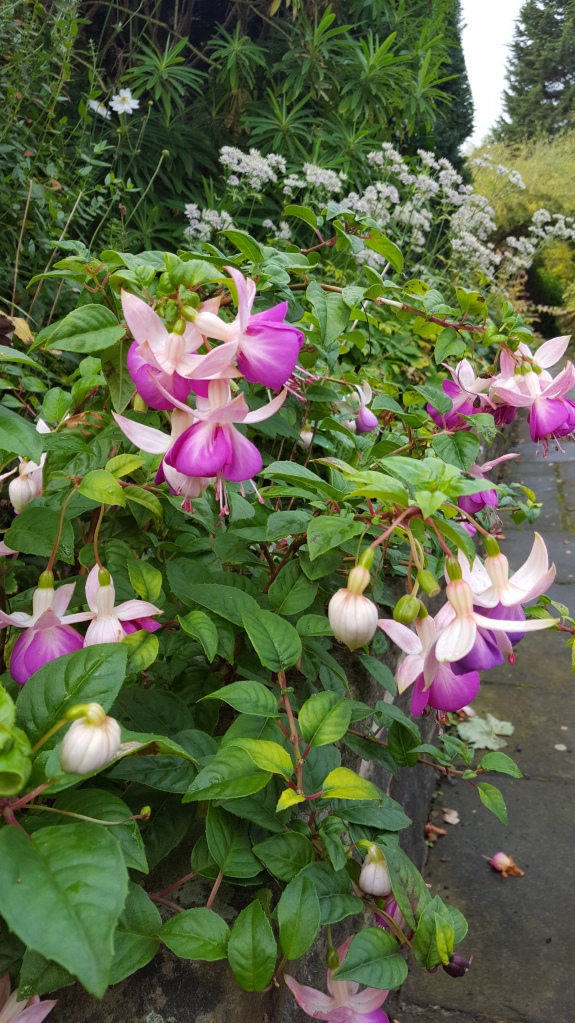 Occasionally, as in 1987 the storms amount to hurricane force winds ripping across the country and we are as ill-prepared for that as anywhere. Rather like with snow, which we handle with the grace of a ceramicist wearing gardening gloves.

I missed the 1987 storms by the neat expedient of being in Peru, but the effects were all too apparent on our return. Fences down, walls deconstructed, roofs now reduced to rubble. Even Sevenoaks in Kent had had to be renamed Oneoak.

Famously one woman went outside at the storm’s height because she could see her new car being battered by a tree that was whipping its branches across the roof.

She decided it would be better if she moved it, despite all reason telling her to stay inside, and put it in her garage.

She unlocked said garage and lifted the door. As she did so a gust of considerable force blew into the now open garage, lifting its roof.

The roof was all that held the walls up which now collapsed in on themselves, like a Reverse Ikea, which sounds like a chess move or maybe an earlier form of computer language but was devastating none the less.

Defeated she turned in time to see the miscreant tree collapse on her car. 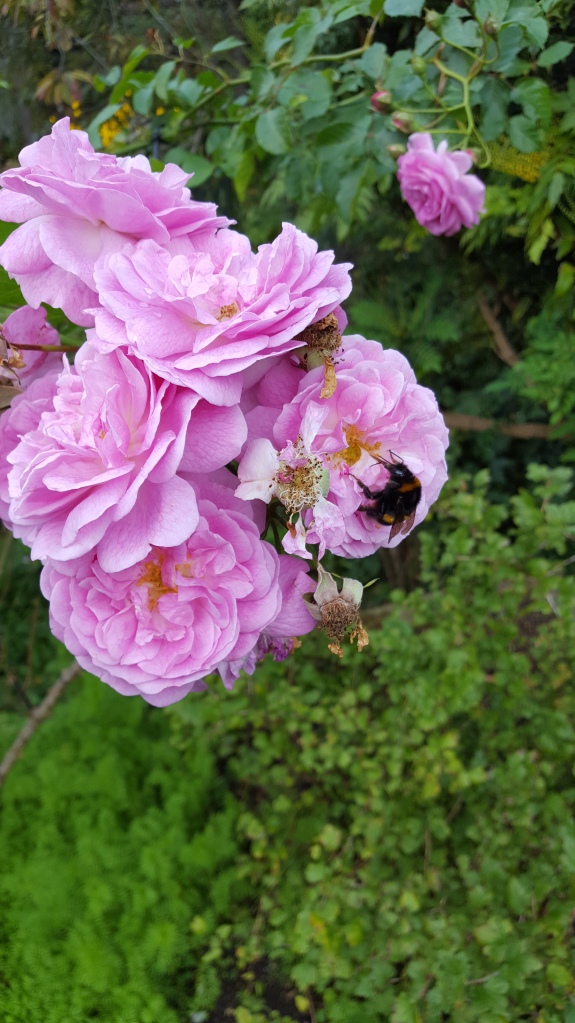 I suppose as she dragged herself indoors she hoped the old adage of bad luck coming in threes had no substance behind it. 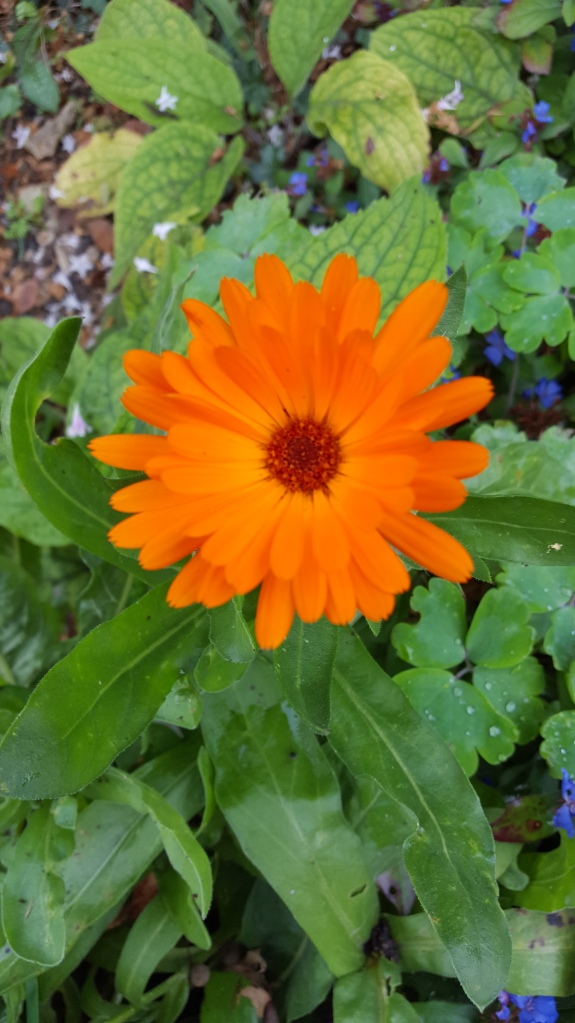 Anyway I hope you have enjoyed the colours and the Dog, more than she did her sojourn in the gales.

My name is Geoff Le Pard. Once I was a lawyer; now I am a writer. I've published several books: a four book series following Harry Spittle as he grows from hapless student to hapless partner in a London law firm; four others in different genres; a book of poetry; four anthologies of short fiction; and a memoir of my mother. I have several more in the pipeline. I have been blogging regularly since 2014, on topic as diverse as: poetry based on famous poems; memories from my life; my garden; my dog; a whole variety of short fiction; my attempts at baking and food; travel and the consequent disasters; theatre, film and book reviews; and the occasional thought piece. Mostly it is whatever takes my fancy. I avoid politics, mostly, and religion, always. I don't mean to upset anyone but if I do, well, sorry and I suggest you go elsewhere. These are my thoughts and no one else is to blame. If you want to nab anything I post, please acknowledge where it came from.
View all posts by TanGental →
This entry was posted in gardens, humour, miscellany and tagged 1987 storms, garden colour, hurricane, october. Bookmark the permalink.

24 Responses to Eking Out The Energy #gardencolours