We are packing for home. The same amount of clothes that we came with seem bigger. Or maybe the fact they’re dirty means they have grown.

Whatever the reason it’s difficult to push down the lid. Perhaps there’s a part of me struggling to stay. Singapore grows on you.

It’s  a sugar coated spot, easy to use, safe to wander and full of first world comforts.  For those with money.

Two taxi drivers, both in their 60s and from families resident here for 80 plus years hark back to British rule with the same nostalgia my dad had for the 1950s. Rose tinting is universal  (as are moaning cabbies) but most of the locals like their country, are proud of their achievements and accept their specific compromises for the stability they enjoy.  Same as us really. We are all cut from a similar cloth after all.

Yes the nepotism grates, the pick n mix approach to human rights is not admirable and some of the pathetic rules insulting to an intelligent people but it is a land of opportunity. Good luck I say. I could live here if they could put up with my mumbles.

Our last couple of days have been a pick n mix of our own.

We’ve wandered around the national orchid collection set in the botanical gardens which are quite stunning- we also visited the flower dome one of two huge Eden Project like conservatory environments.

The Singaporeans are beginning to punch above their weight in terms of research and orchid science is one  where this is true. 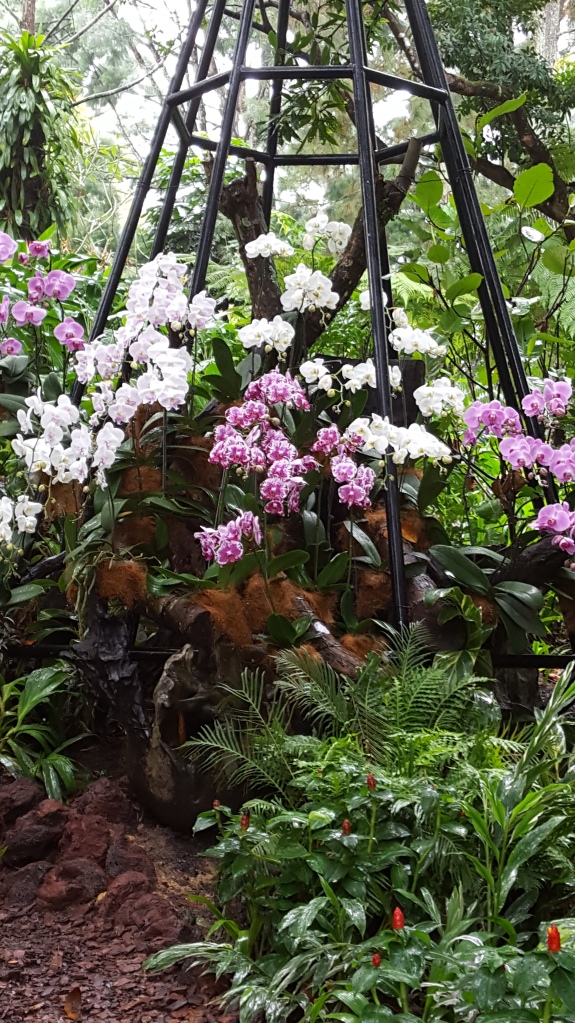 Somehow the Vet enveigled me into a couple of super hard spin classes justifying yet more good food – to my culinary fans I must report no more arachnids and sadly no jellyfish.  A delicacy I will have to source elsewhere. 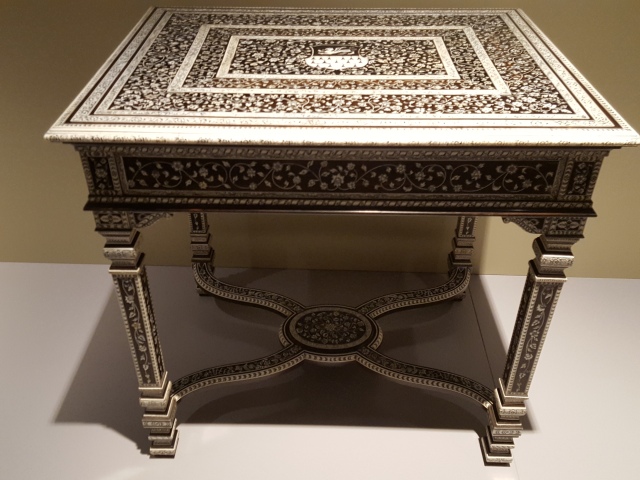 We tested the wonderful range of museums – the asian civilisations 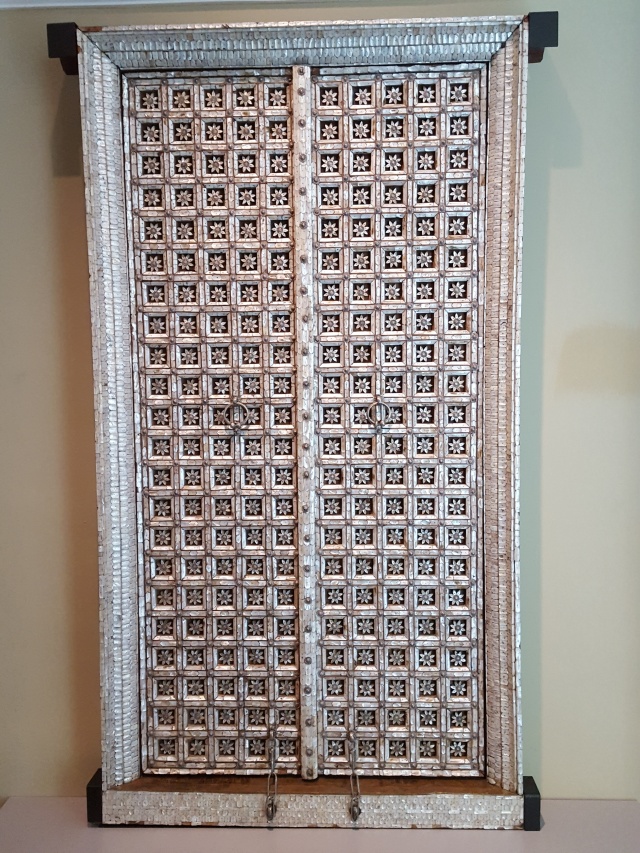 and the intriguingly named peranakan museum – this the story of the mixed races who played a fundamental part in Singapore’s success.

As you’d imagine there many different mixes and their stories fascinating esp. alongside British rule. 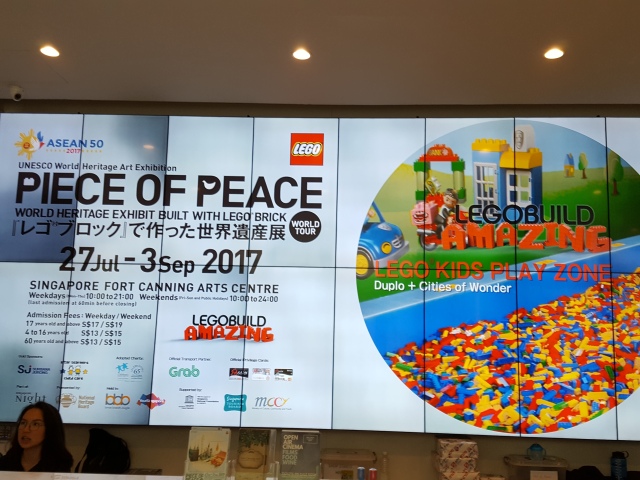 But the best for me was the Piece for Peace exhibition at Fort Canning – a lego extravaganza. 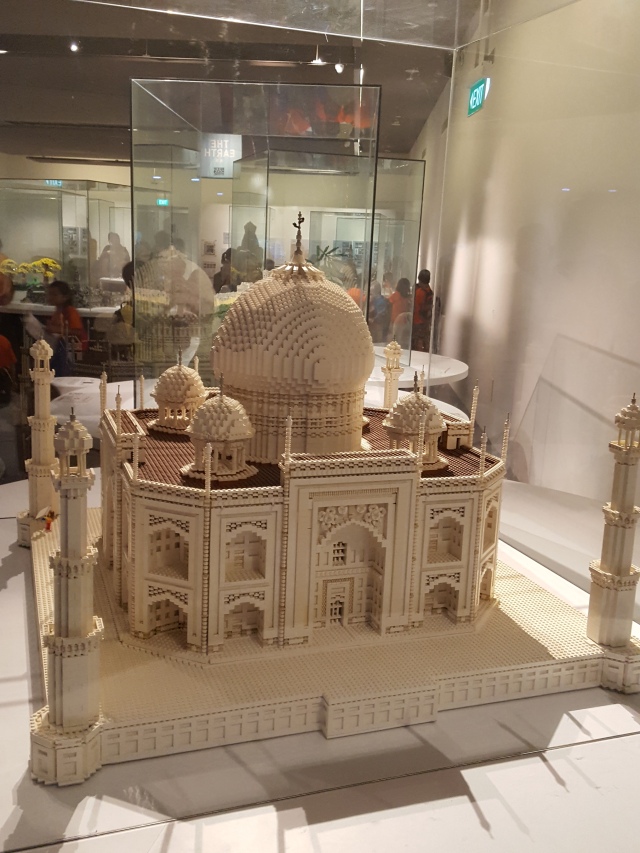 The detail and the dedication to making the models as diverse as Mount Fuji and The Taj Mahal are worthy of everyone’s admiration but for me, still a kid it was a bit of a sugar high.

Still even rooms of lego paled next to the most bonkers, borderline wacky and hyperbolically awesome Haw Par Villa.

Built in the 30s for his brother the inventor of Tiger Balm built a cautionary theme park around the 10 courts of hell in Chinese lore. 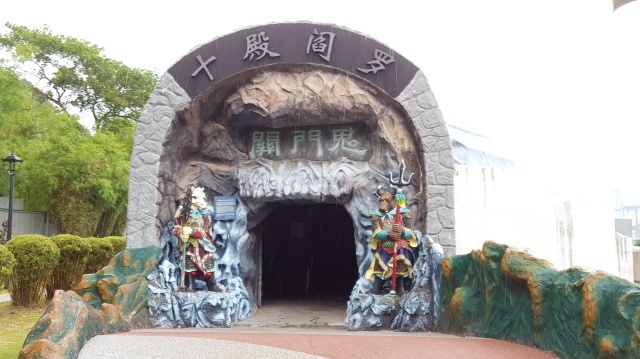 This graphic diorama was aimed at children to inspire them to be good – it must have given nightmares! 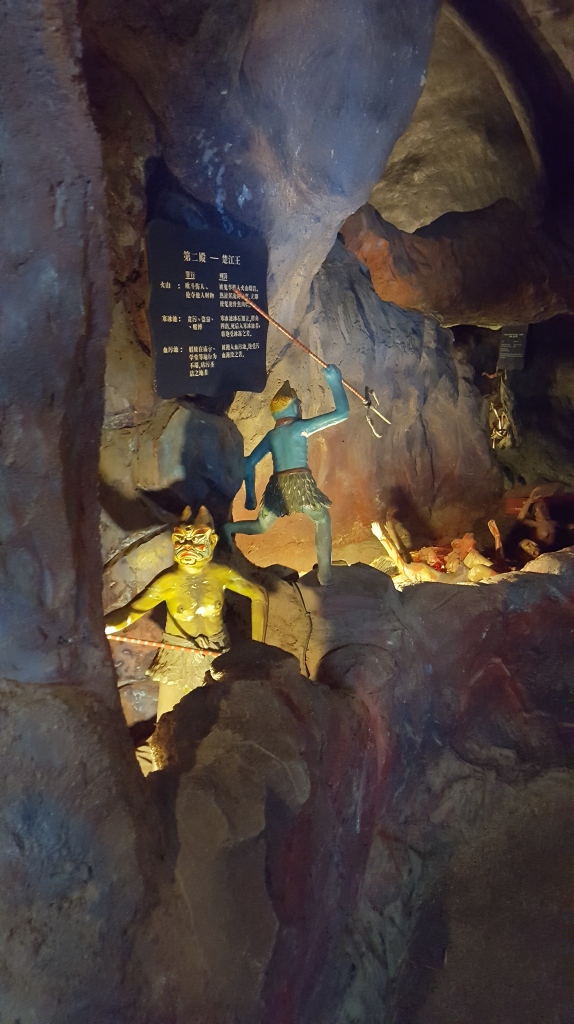 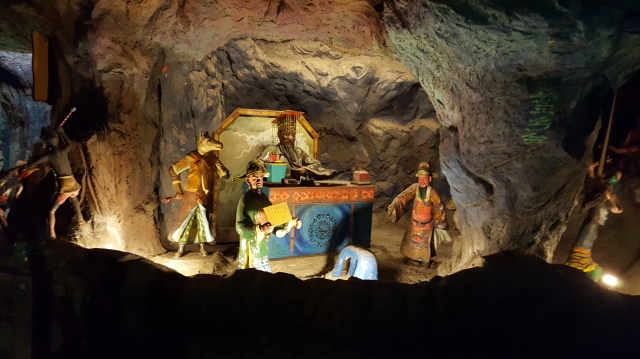 After you go through the ten courts a judges decides if you come back as an animal or a human.

After that Madame Loo gives you the tea if forgetfulness and you follow your chosen river back to the real world. 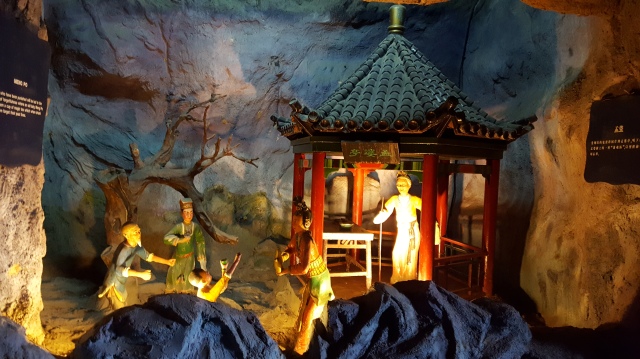 Elsewhere the swirling scenes seem more attuned to Timothy Leary tue in and drop out philosophies than what you expect here. 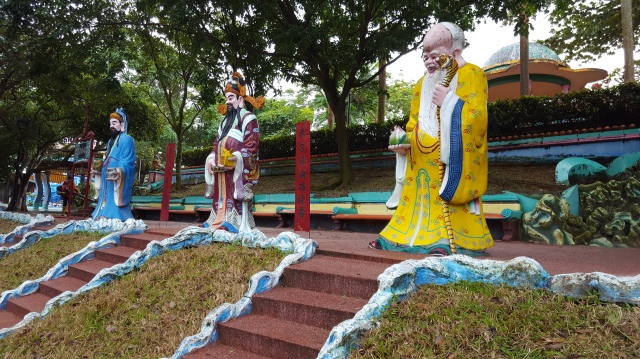 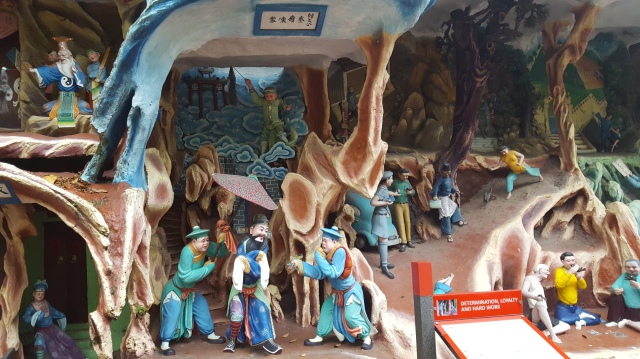 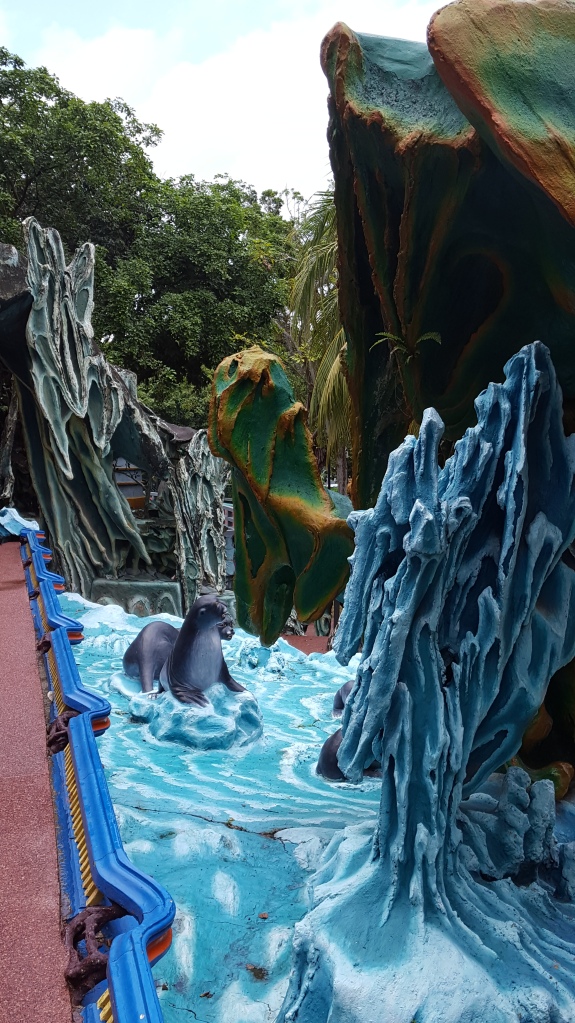 If you are in Singapore go. Mad bad and utterly delicious.

If I have one regret I never made it to the war history sites. It gives me and excuse to return!

Oh well, holidays are meant to be snap shots. I’ll have my feet on Terra Albion soon enough. Dog will go bonkers (he bloody better after all the chicken I bribed him with before I went). Dulwich will remain set in the 19th century and I will have porridge for breakfast tomorrow (the mush they call porridge here is really a travesty of the name).

I have stopped my email notifications and reader use so to my usual correspondence may have missed my comments (don’t flatter yourself). And there’s a book of flash fiction to sort out plus the next novel. Forward, ever forward!!

My name is Geoff Le Pard. Once I was a lawyer; now I am a writer. I've published four books - Dead Flies and Sherry Trifle, My Father and Other Liars, Salisbury Square and Buster & Moo. In addition I have published three anthologies of short stories and a memoir of my mother. More will appear soon. I will try and continue to blog regularly at geofflepard.com about whatever takes my fancy. I hope it does yours too. These are my thoughts and no one else is to blame. If you want to nab anything I post, please acknowledge where it came from.
View all posts by TanGental →
This entry was posted in family, miscellany, singapore, travel and tagged Asian civilisations museum, flower dome, paranakan museum, piece for Peace exhibition, singapore. Bookmark the permalink.

29 Responses to Singapore Stories: the finale