R is for Rabbits #atozchallenge

For the last two years I’ve joined in the #atozchallenge, namely to post every weekday in April using each letter of the alphabet in turn. In 2015 it was places I’d been to, in 2016 it was London themed. This year it is a dictionary of my family, recounting incidents small and large that have taught me lessons down the years, caused me consternation or generally seared themselves into my memory.  I hope you enjoy them. To find other bloggers doing the challenge and maybe be inspired yourself, check out the A to Z Blogging Challenge Blog, here.

Earlier in the show, at G is for… I recounted my experiences with Gertie my guinea pig. And I’ve told of the family dog, Punch and my parents’ cat Misty whose poem, written by dad, I revealed a while ago, here if you are interested.

But the one pet that I haven’t mentioned was a rabbit whose name escapes me. He wasn’t the only rabbit to whom we gave a home but he was the first.

Thing about… damn, what was his name? Wotsit will have to do. Wotsit was a stray.

One of my mother’s most disliked habits, at least to the Archaeologist and me, was to miss no opportunity to acquire any form of compost for her garden. Preferably for nothing. The route to my first senior school (before the family moved to the New Forest I spent a year at Purley Grammar School) crossed some woodland and common land that was popular with riders. Hence on the few occasions mum drove me to and from school, she would always have a plastic sack and spade in the boot so she could stop and shovel up the horses’ offerings to be composted.

I’m not sure when it was, possibly in the year before I started, now I think about it, we were driving across the common, mum’s eyes scouring the verges for suitable offerings when one of us – probably the Archaeologist as he had front seat visitation rights – spotted a rabbit sitting on the verge. Oddly he didn’t move as we drove slowly up to him, looking up briefly from where he was feeding.

Carefully we all hopped out (ha, sorry about that!) and circled the indifferent beast. ‘He’s tame.’

My mother, I am certain, had the words ‘rabbit pie’ dangling on her lips when the Archaeologist pointed out this obvious fact.

I can now imagine the parental dilemma. On the one hand mum liked nothing more than foraging for food. We spent hours collecting berries, fruits and nuts. On the other to capture and kill a tame rabbit would seem, well, unseemly.

‘Can we keep him?’ This from the Archaeologist.

‘If we can catch him.’ Ever practical mother.

It proved surprisingly easy and soon enough he was in the car, being taken home. The guinea pig cage, now redundant but still available was prayed in aide and that evening we had a new pet.

I must say Wotsit wasn’t universally popular. Dad, for instance, had a sort of hate-hate relationship with him, partly because he had vampiric tendencies towards dad and partly because one time he escaped he ate all dad’s lettuce plants.

He did make a bold bid for freedom, ending up under a neighbour’s shed. Dad, reluctantly was dispatched with the two of we boys to fetch him back. Dad knew it would end in blood. His. But by using a juicy carrot, a necessary transfusion was avoided and Wotsit returned to his life of indolence and eating.

He died, of what I don’t know, before we moved, in 1969, to Hampshire. I know this because Punch was the only pet to come with us on that long and terrifying displacement. And but for Richard Briars we might have left it at one rabbit, over fed, in our pet history. 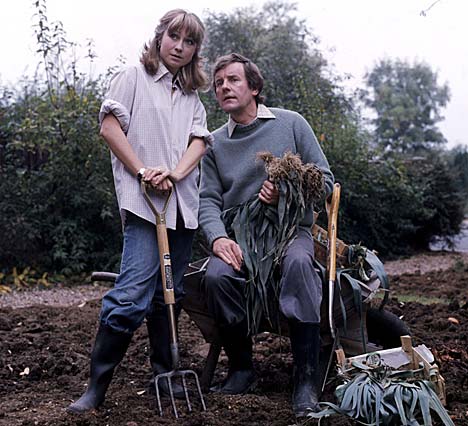 Self sufficiency, which mum had been dabbling with forever really took hold in the 1970s following the popularity of The Good life (above). In our little corner of Hampshire it began with an increase in vegetables grown by dad. But mum wanted more. They thought about bees – dad went on a course that took weeks only to be told our garden wasn’t suitable due to the proximity of a riding stables – and even mentioned chickens and a goat but eventually settled for rabbits.

I don’t remember being party to this decision but I do remember mum telling both of us that we mustn’t name them ‘They’re not pets, they will be killed and eaten’. That was ok with us – we both liked rabbit pie.

‘Will dad do the killing?’ I’m really not sure why we asked; we both knew the answer.

‘No I will,’ this from mum. Dad was a man’s man who could be as squeamish as a Victorian heroine. Oddly this hardened killer trait seems to have carried down the generations as the Vet, dainty blonde and all that, was the one volunteer to kill and skin a rabbit on an army camp she attended aged circa 15. Now she’s keen to save them. Go figure.

Anyway, we were now the owners of our own meat source and all the peelings and shed lettuce leaves and what-have-yous were given to Rabbit A and Rabbit B pending their eventually demise.

And all would have been well but for a film and 2 cousins. 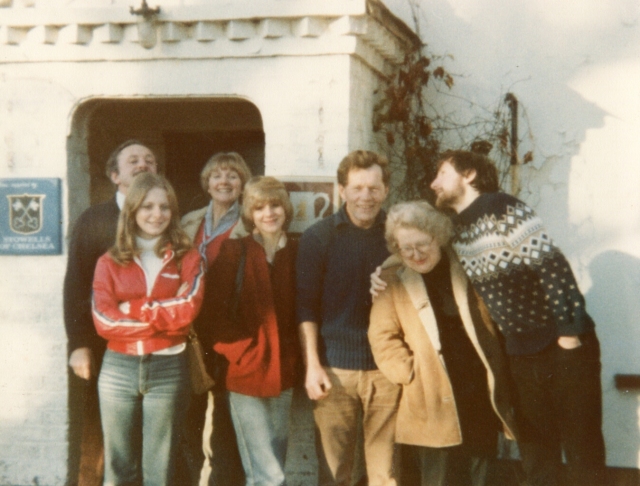 My cousins, trying to put the terrors behind them…

My two delightful cousins lived a few miles away in the pub their parents ran and would visit from time to time. No one thought to mention the rabbits, and certainly not their fate when these two bounced into our garden, saw the pen and squealed.

‘What are their names?’

Watership Down. A crapulous carbuncle of cinematography. Who’d have thought they would have just seen this?

By the time my parents emerged it was too late to explain. Mum was in a bind. This wasn’t the idea at all.

Over the next few weeks the cousins appeared and made a beeline for the bunnies. Mum explained to their parents who told her not to worry. When the time came she should just tell a little white lie – about how they’d gone to a new home. Mum wasn’t happy, exactly, but it would have to do.

And it would have been fine. But for the Archaeologist. The dread day dawned and the two lapin de dejeuner were re-categorised, and the pen removed.

The cousins arrived and headed for the garden. They looked around for their friends. ‘Where are the rabbits?’

Mum swallowed and prepared to explain about the re-homing but the Archaeologist, undoubtedly having a George Washington moment interjected. ‘They’re in the freezer.’

Mum and dad never kept livestock after that.

And my cousins? I think the counselling is going well… 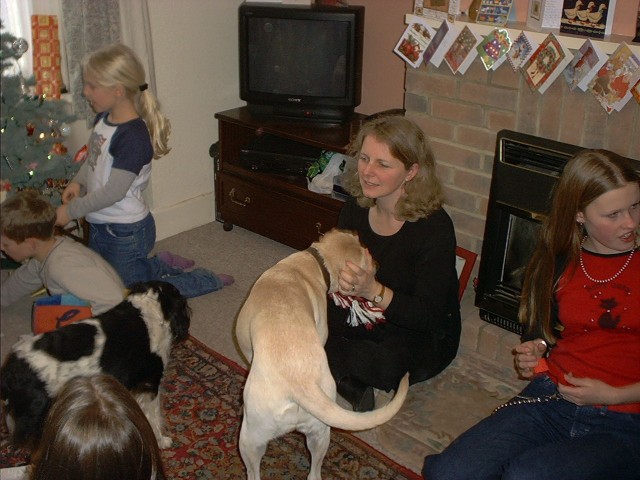 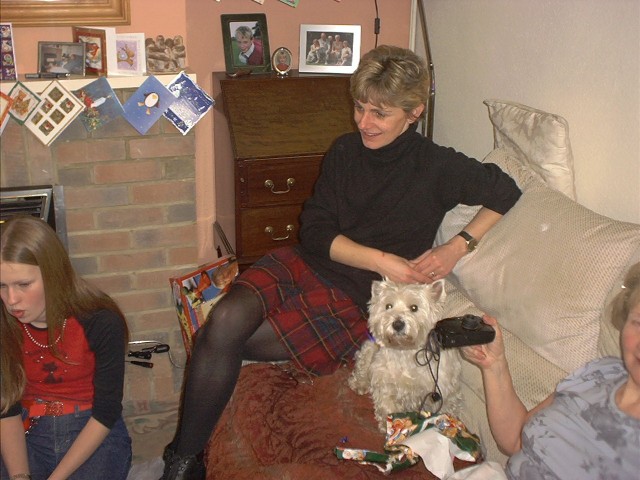 My name is Geoff Le Pard. Once I was a lawyer; now I am a writer. I've published four books - Dead Flies and Sherry Trifle, My Father and Other Liars, Salisbury Square and Buster & Moo. In addition I have published three anthologies of short stories and a memoir of my mother. More will appear soon. I will try and continue to blog regularly at geofflepard.com about whatever takes my fancy. I hope it does yours too. These are my thoughts and no one else is to blame. If you want to nab anything I post, please acknowledge where it came from.
View all posts by TanGental →
This entry was posted in A to Z blogging challenge, family, miscellany, pets and tagged #atozchallenge, A to Z blogging challenge, family, pets. Bookmark the permalink.

12 Responses to R is for Rabbits #atozchallenge