From Paddington to Page #walking #london 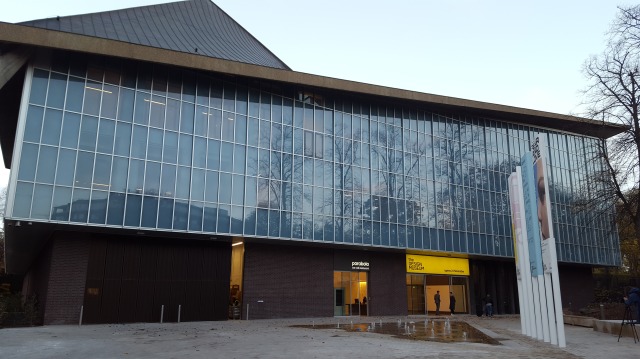 The New Design Museum, part of the old Commonwealth Institute and where my west London walk ended

So what links Paddington Bear and Jimmy Page of Led Zeppelin? Me of course. I reposted a couple of days ago about why Paddington is so important to me and anything that brings him to mind is, well, a pleasure. 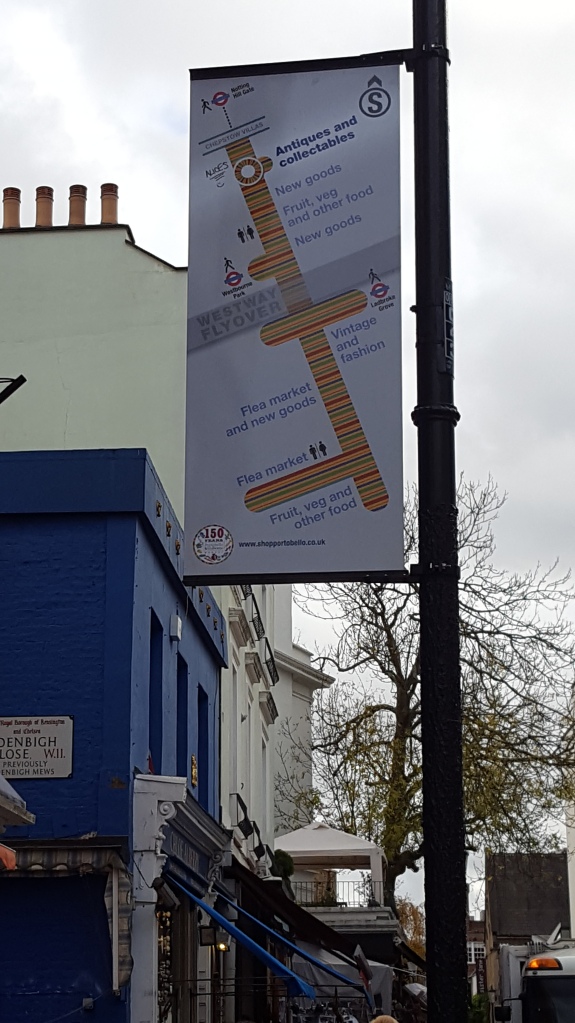 And he popped into my head when I realised my planned day out would take me along the Portobello Road in North London.

As a child I never visited this part of London, never saw the Portobello Road in the flesh and never experienced its many flea markets and arcades, stalls and trinket-cum-antiques shops. But I had a vivid picture of what it was like from Paddington’s books, because every day Paddington would visit his good friend and antique shop owner, Samuel Gruber for elevenses. 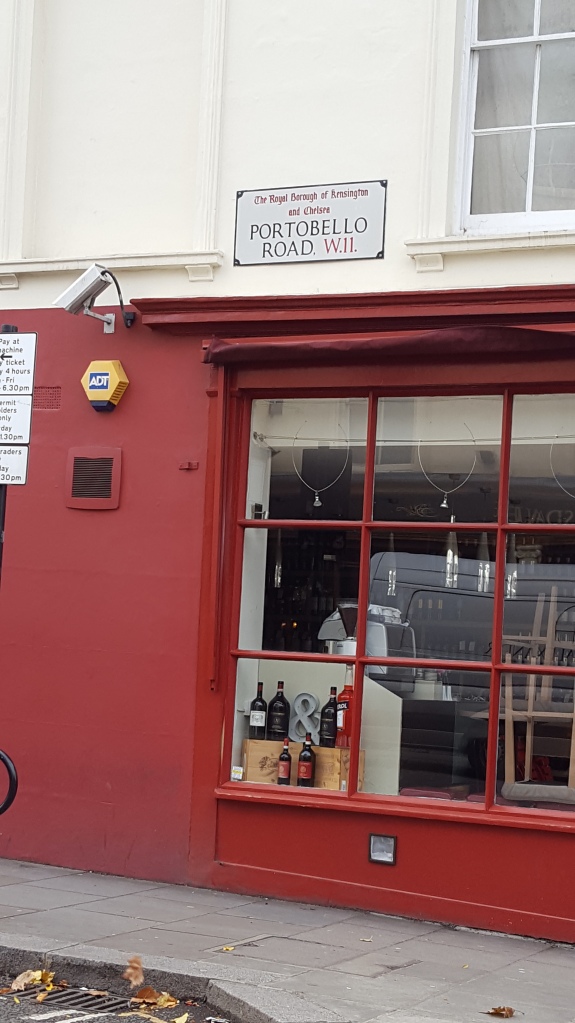 Today it is a stretch of dolly mix painted buildings selling mostly over priced goods that pander to tourists more than locals. But then again that was probably true in the 1960s, the only difference being, back then, Notting Hill was a down-a-heel and tatty part of London, grotty sooted and failing while now it is an excruciatingly expensive and well maintained home for peacocking promenadors and Paltrow patronisers – sorry Gwennie but it is so you, this place.

Still as I wandered amongst the antique shops, still crammed, still selling near enough everything to the gullible it wasn’t a stretch to imagine Mr Gruber peering over his pince-nez at me. 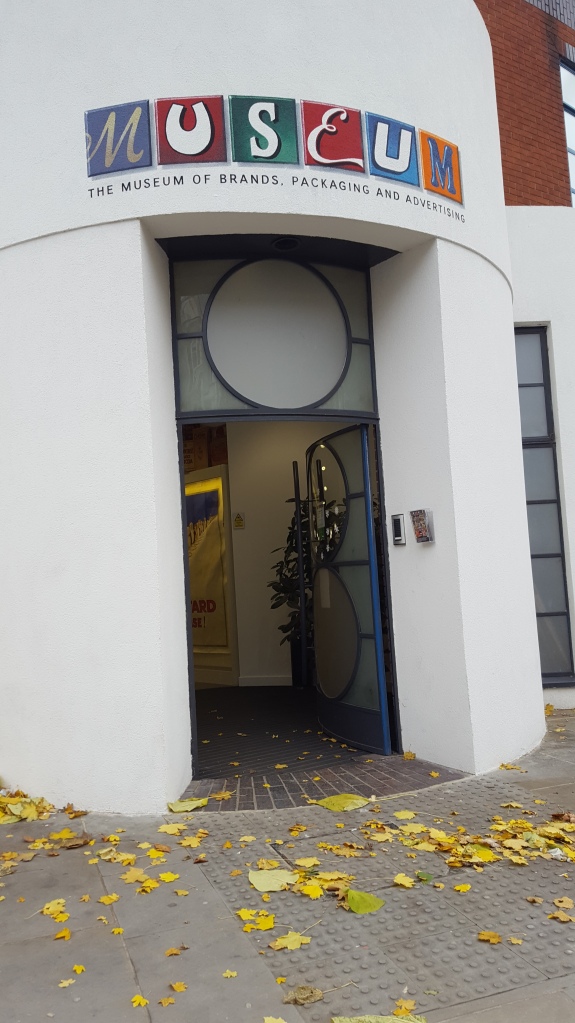 The reason I was here was the start of a stroll through Notting Hill and Holland Park to visit two museums. The first, to the north of Notting Hill and near the dirty, roaring, ugly-as-saggy-buttocks Euston Road that sits on its concrete flyover, was the Museum of Brands.

This isn’t large but it is worth a visit. Starting with the advertising in the daily papers in the early 18 hundreds it take you, cabinet by cabinet through the next 180 years, neatly explaining with copious examples how the nature of advertising and the creation of brands, be they goods, books, celebrities, fashion and so on were created, which ones thrived and which died. 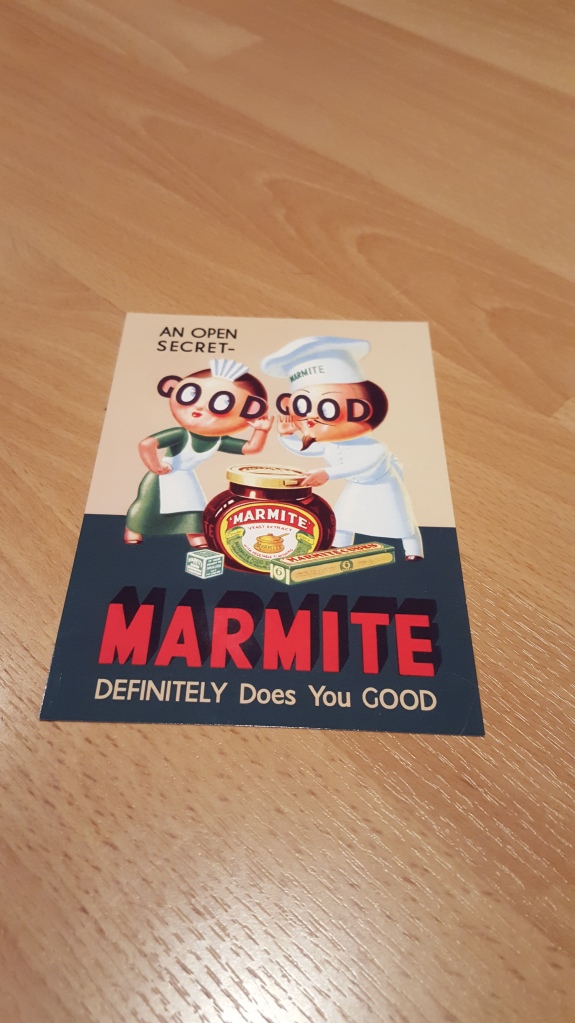 It doesn’t attempt anything too deep about the whys and wherefores but you do find yourself lost in the history of say Marmite, or wondering at the minds of the people behind campaigns leading up to WW1.

Personally I loved seeing the old radios and TVs, the latest gadgetry like the early vacuum cleaners and the adverts that went with them. And when I hit the 1960s and the Thunderbird models and the sweets I craved as a child and the comics and annuals I absorbed as early experiments in the joys of reading – well, talk about finding a small corner of heaven.

One thing about gentrification that is, to me, a positive and that’s there are always plenty of places to eat reasonably well, cafes that serve interesting salads and decent coffee. Notting Hill has this to the max so having refilled I set off for my next destination. 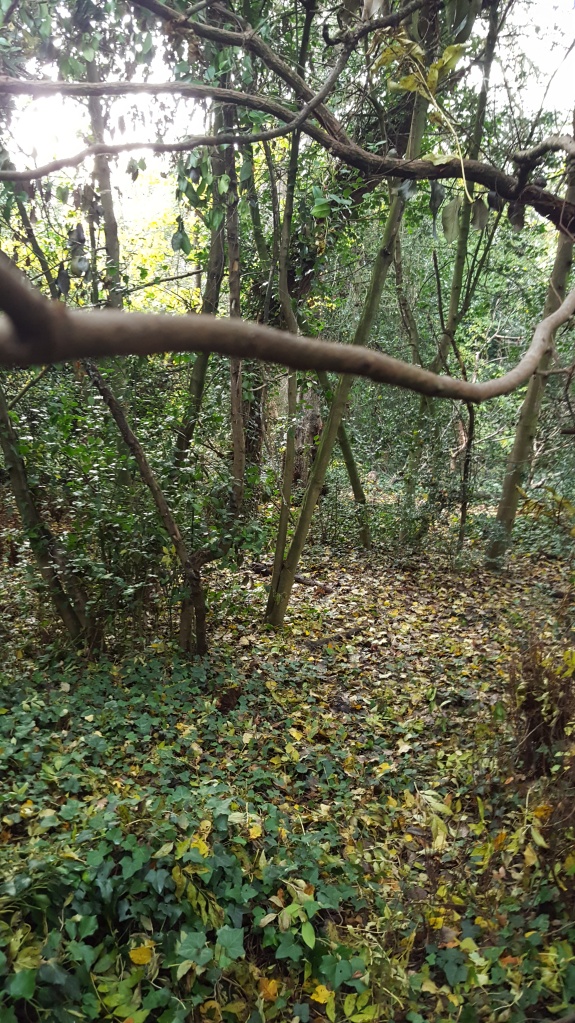 My walk took me through Holland Park, one of the smaller central London parks but very well maintained, with the remnants of a Jacobean style castle now part of a youth hostel and a beautiful Japanese garden, the Kyoto garden created to allow peaceful contemplation in the midst of a bustling city. 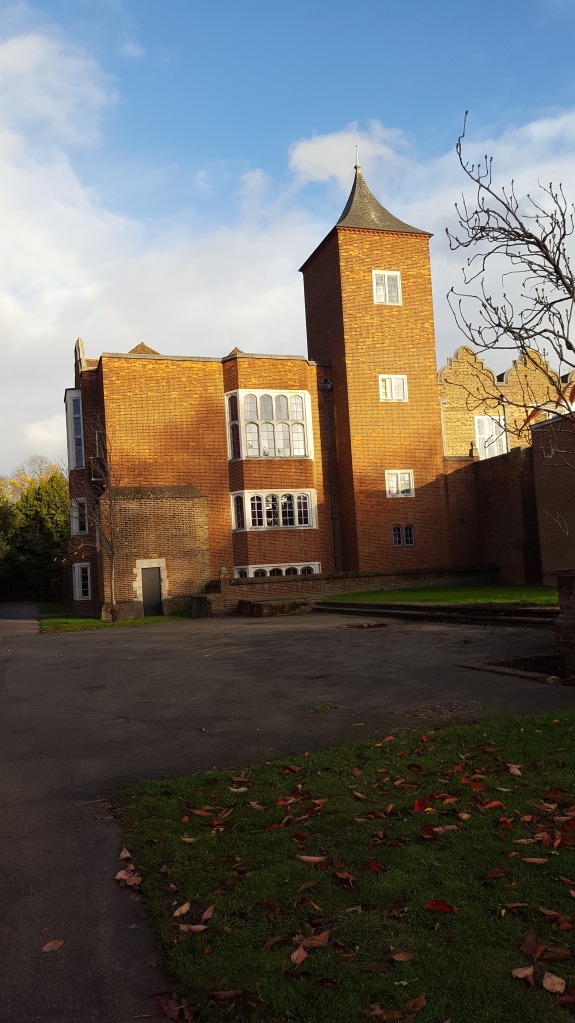 One sign – Pokemon Go users not welcome – probably says all you need to know about it. 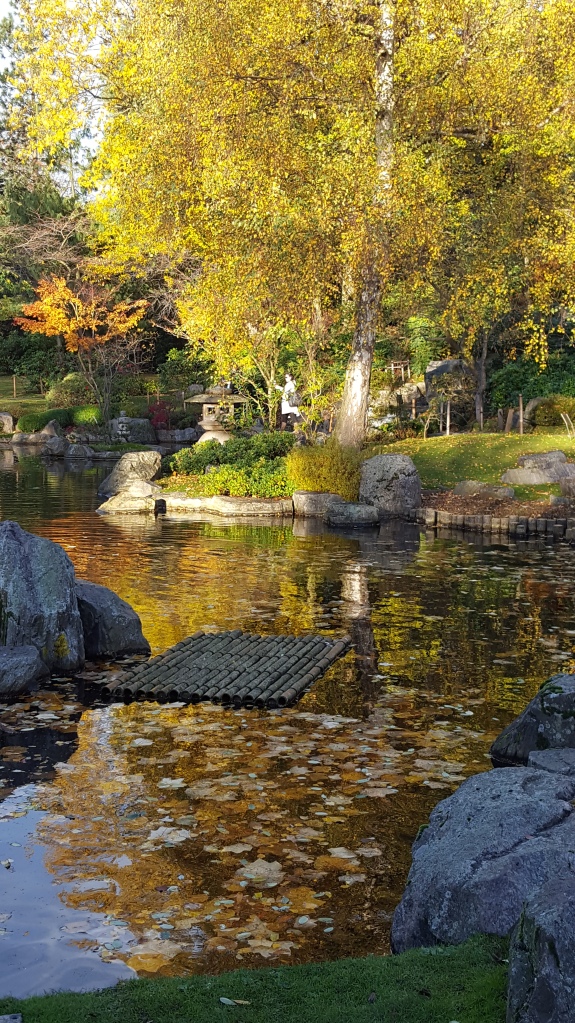 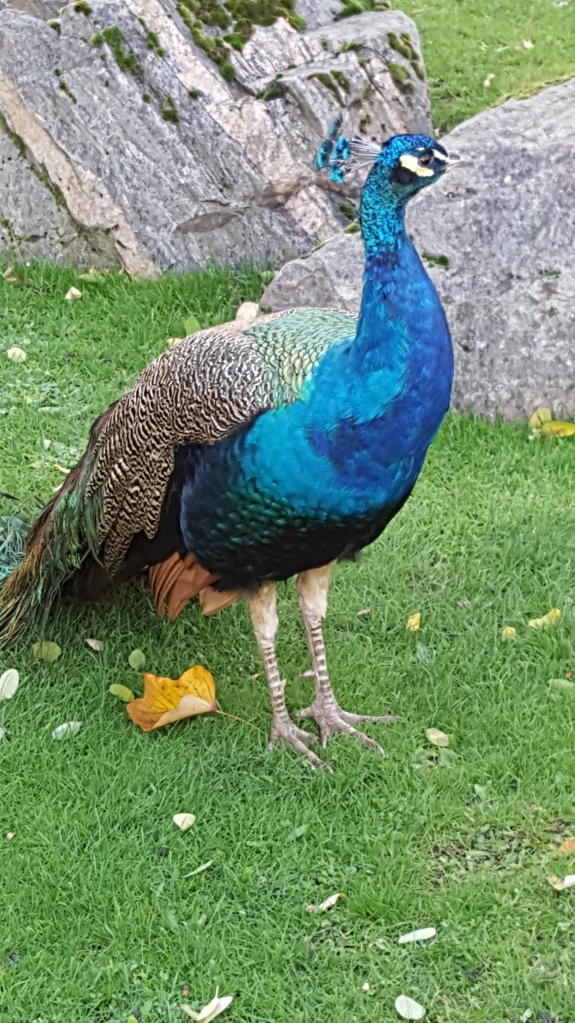 For those of you I haven’t lost yet, you will recall I mentioned Jimmy Page of Led Zepp at the top of this post. How does he fit? 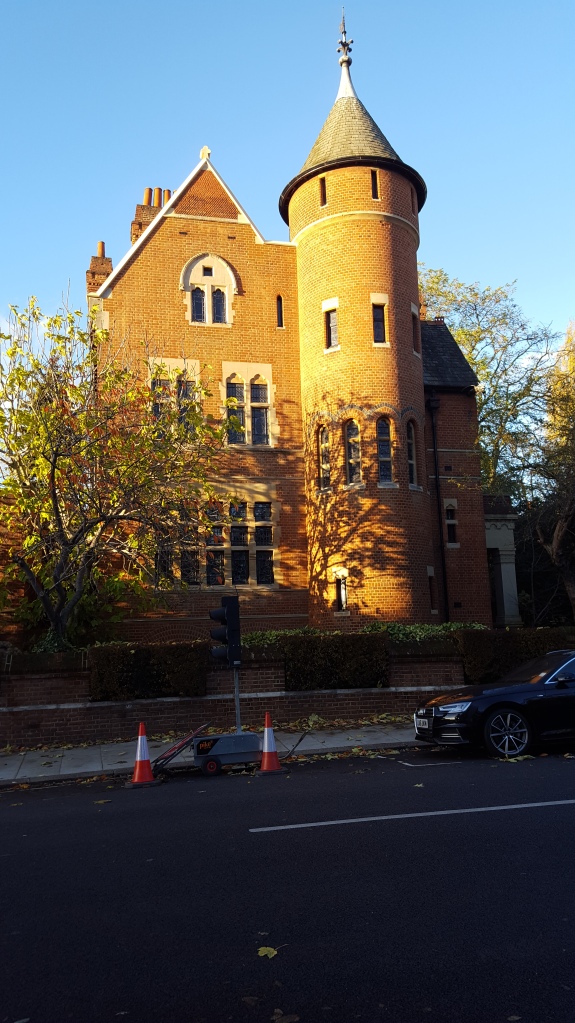 Back at the end of the 1960s, as I approached teenagerhood, there was a distinct lack of musical appreciation in my life. We had no method of playing music at home (I really do not count the Archaeologist’s attempts to reconstruct His Master’s Voice phonographs he bought at jumble sales – they put in in hospital, which is a whole other post). 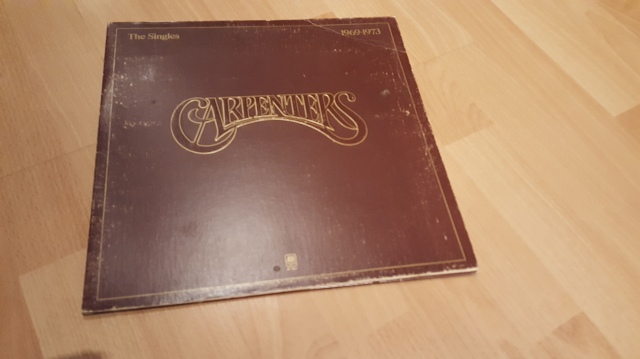 At least not until the money I saved from my gardening job was put towards first my own transistor radio, much like those I had just seen, and then a small stereo player. What though to play? I listened to the charts and, being somewhat self absorbed, my musical choices stretched as far as the Carpenters and Gilbert O’Sullivan. Yep, I needed help which appeared in the shape of my school friend Dave and Whole Lotta Love.

That opening rift did something to my malleable brain and I never looked back. An appreciation of heavy rock and the power of the guitar to entrance as well as nascent tinnitus were the result. I still have the albums…

It was therefore no hardship to stop by Tower House a magnificent if possibly also monstrous pile and take a picture as this is home to Maestro Page – perhaps an incongruous setting for such raw rapacity. 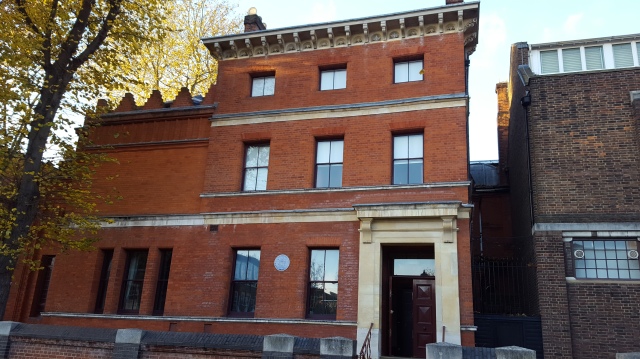 Smiling and metaphorically banging my head (actually doing that hereabouts would have me arrested unlike my own manor of South London where it would appear utterly normal)  I passed to the Lord Leighton museum. Frederick Leighton was a Victorian painter, friend to the likes of Burne-Jones and crafter of some beauty. This his house is a beautiful homage to the man and his art.

One of his most famous pieces – Flaming June – is the subject of an exhibition just now. Using notes and sketches and his original studio they deconstruct how he created this masterpiece.

One thing struck me though. It’s subsequent history. Victorian art fell out of fashion with the trending towards the surreal and the cuboidal and this piece disappeared until emerging, hidden behind panelling in a house in Clapham in the 1950s and being taken by some workmen to an antique dealer. Andrew Lloyd Weber recalls seeing it for sale as a young man but back then, a student and broke he couldn’t afford the £50!!

It is November and the evenings draw in quickly hereabouts. I fancied a dander at the new Design Museum which is nearby but it isn’t open yet – 24th November – so instead I shot an image of the curious sculpture outside. Nope I didn’t understand it either.

This is one of Jo’s Monday Walks; have a look and see where others go. Better still join in and introduce us to your own favourites…

My name is Geoff Le Pard. Once I was a lawyer; now I am a writer. I've published several books: a four book series following Harry Spittle as he grows from hapless student to hapless partner in a London law firm; four others in different genres; a book of poetry; four anthologies of short fiction; and a memoir of my mother. I have several more in the pipeline. I have been blogging regularly since 2014, on topic as diverse as: poetry based on famous poems; memories from my life; my garden; my dog; a whole variety of short fiction; my attempts at baking and food; travel and the consequent disasters; theatre, film and book reviews; and the occasional thought piece. Mostly it is whatever takes my fancy. I avoid politics, mostly, and religion, always. I don't mean to upset anyone but if I do, well, sorry and I suggest you go elsewhere. These are my thoughts and no one else is to blame. If you want to nab anything I post, please acknowledge where it came from.
View all posts by TanGental →
This entry was posted in art, London, miscellany, museums, walking and tagged frederick leighton, hollland park, kyoto gardens, museum of brands, Paddington bear, portobello road, walking. Bookmark the permalink.

32 Responses to From Paddington to Page #walking #london