Charli’s prompt this week is

August 24, 2016 prompt: In 99 words (no more, no less) write a story about an empty playground. Is it abandoned or are the children in school? What is it about the emptiness that might hint of deeper social issues. It can be a modern story, apocalyptic or historical. Go where the prompt leads.

There’s something about playgrounds in the summer just after it has rained. That combination of tarmac, dust and water creates one of the smells that, for me is a strong memory trigger. Most smell-triggers for me aren’t so pleasant – either the smell itself (incubating feces in a long drop toilet takes me right back to scout camps for instance), or the occasion itself holds ancient terrors (the combination of antiseptic and anxiety that overwhelms me each time I visit the dentist takes me back to days of waiting rooms, sticky magazines and that awful drilling noise).

I hadn’t been in a playground in decades when I went to my son’s new school back in 1993. For sometime my visits didn’t coincide with the right combination of ingredients. Then, one afternoon I walked up the slope to the collection area to one side of the playground and, wallop. I was whirled in a  time-machine back to circa 1966. 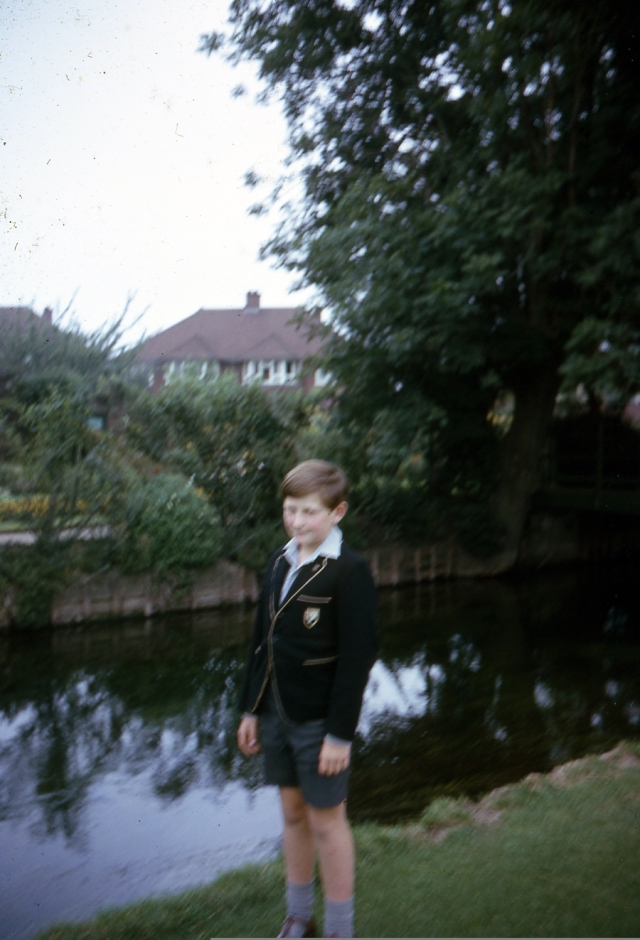 To girls in woolly tights and boys with knees like fossils, To ip dip sky blue who’s it not you and stuck in the mud. To a metal climbing frame and monkey bars that regularly humiliated me. To being separated from the girls who sneered at us across a thin white line.

To my best friends Paul and Graham and Christopher and our plans for a newspaper. Was it there I first felt a creative writing urge stir?  I haven’t thought about that broadsheet for years. The Maple Road Telegraph (showing my politics even then, courtesy of my dad) comprised stories about school, about lessons and about a fox who we were sure got into the playground every night and left messages from aliens. I’m making that up. I have no idea of the content after so many years but I can see the three of us editing – ie arguing about what went in.

I also recall Mr Hole, our form teacher, smiling his encouragement and gently discouraging us from trying to read the whole publication to the class who clearly didn’t have such an enthusiasm for our golden prose as we three did.

I didn’t try creative writing again until 2006 but perhaps that moment in that South London playground waiting for my little boy stirred something that had lain dormant in decades.

Paul sipped the wine. ‘I was the only kid who hated break.’

Mary blinked. ‘What made you think of school?’

‘Jerry’s death. He couldn’t wait for break. Me, I always felt safe in class. No-one picked on me there.’

She rubbed his hand. ‘You were the kid on the outside?’

‘It was like I was the only kid.’ His eyes saw only the past. ‘Jerry led the games. He decided. I was desperate to be included.’ He laughed sourly. ‘Maybe he helped. Maybe that made me self-sufficient. Jerry always struggled afterwards if he wasn’t the one in charge. My turn on top.’

My name is Geoff Le Pard. Once I was a lawyer; now I am a writer. I've published four books - Dead Flies and Sherry Trifle, My Father and Other Liars, Salisbury Square and Buster & Moo. In addition I have published three anthologies of short stories and a memoir of my mother. More will appear soon. I will try and continue to blog regularly at geofflepard.com about whatever takes my fancy. I hope it does yours too. These are my thoughts and no one else is to blame. If you want to nab anything I post, please acknowledge where it came from.
View all posts by TanGental →
This entry was posted in flash fiction, miscellany, prompt, short story and tagged Carrot Ranch Congress of Rough Writers, Charli Mill's prompt, flash fiction, short story. Bookmark the permalink.