A Reminder about Dead Flies and Sherry Trifle #Comedybookweek

Just a reminder to those interested, my first book, Dead Flies and Sherry Trifle, is now free on Kindle for 5 days between 18th and 22nd July as part of Comedy Book Week. It is also free on Smashwords.

I’m also giving away a signed copy of the paperback version of Dead Flies and Sherry Trifle to the first ten people to email me at glepard <at> saqnet <dot> c0 <dot> uk (you’ll need to be happy to let me have an address to send it to you, but I will pay the postage). All I ask is you consider an honest review somewhere on Planet Earth: Amazon, Goodreads, your blog, your bathroom mirror – anywhere with the widest reading audience you can reach.

You can find out about Comedy Book Week here. It is an annual event so please considering signing up to the newsletter for news of the next one.

is a comedy, a coming of age story with bundles of humour. 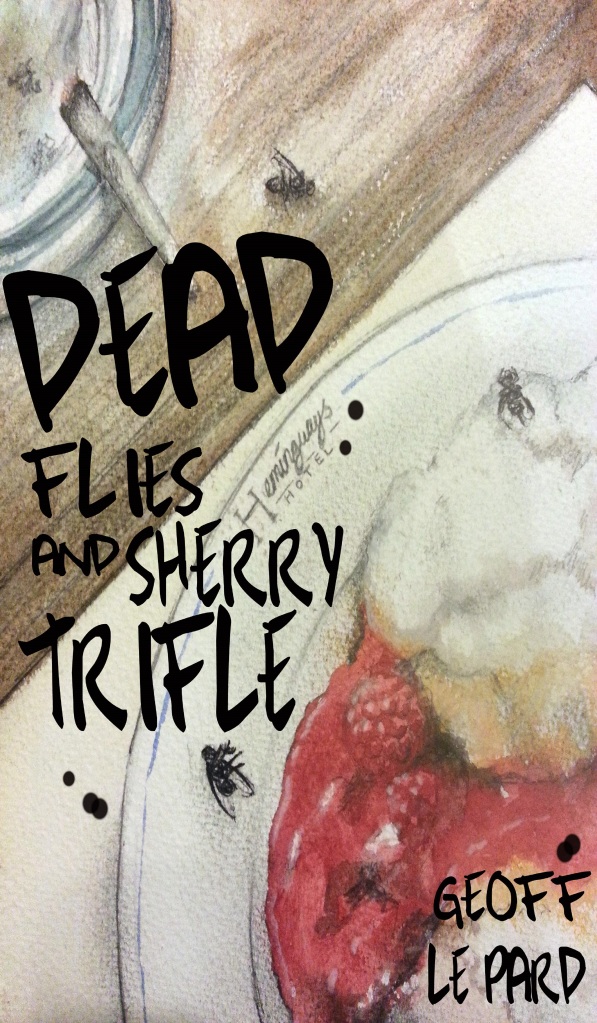 This is the blurb

And this one of the reviews:

Dead Flies and Sherry Trifle starts at a cracking pace and bowls the reader along with the force of its narrative. Student Harry Spittle finds himself in the middle of a web (no pun intended!) of missing boxes, a bullying thug and his slimy father and drug smuggling. Set in the blistering summer of 1976, Harry gets himself a job at a hotel that’s slightly past its best, with a staff of violent lunatics, a peeping tom and students trying to earn a crust and sunbathe in safety. Harry finds himself in situations way out of his depth as his parents fight, his younger sister is in love and the cat turns psychotic. There’s also a pumpkin thief on the loose. This is a laugh-out-loud novel that also manages to tackle some serious issues sensitively as it hurtles along to its uproarious conclusion.

Thank you to-be readers. You won’t be disappointed. And there is a sequel in the pipeline…

My name is Geoff Le Pard. Once I was a lawyer; now I am a writer. I've published four books - Dead Flies and Sherry Trifle, My Father and Other Liars, Salisbury Square and Buster & Moo. In addition I have published three anthologies of short stories and a memoir of my mother. More will appear soon. I will try and continue to blog regularly at geofflepard.com about whatever takes my fancy. I hope it does yours too. These are my thoughts and no one else is to blame. If you want to nab anything I post, please acknowledge where it came from.
View all posts by TanGental →
This entry was posted in miscellany, writing and tagged book, coming of age, giveaway, humour, novel. Bookmark the permalink.