May 4, 2016 prompt: In 99 words (no more, no less) include insects in a story. Periwinkles, bees laden with pollen, ants building hills. What can insects add to a story? Do they foreshadow, set a tone, provide a scientific point of interest or a mystical element? Let you inner periwinkles fly!

As I’ve mentioned before, my childhood was filled with insects.

Dad, a country man to his fingertips, loved all that nature had to offer – pond life and the mysteries of birds, earth’s ability to regenerate and restore itself despite man’s clumsy attempts to destroy it. But he was at his happiest seeking out butterflies and moths – beetles, too, and dragonflies but lepidoptera – butterflies and moths – were what got him really excited. 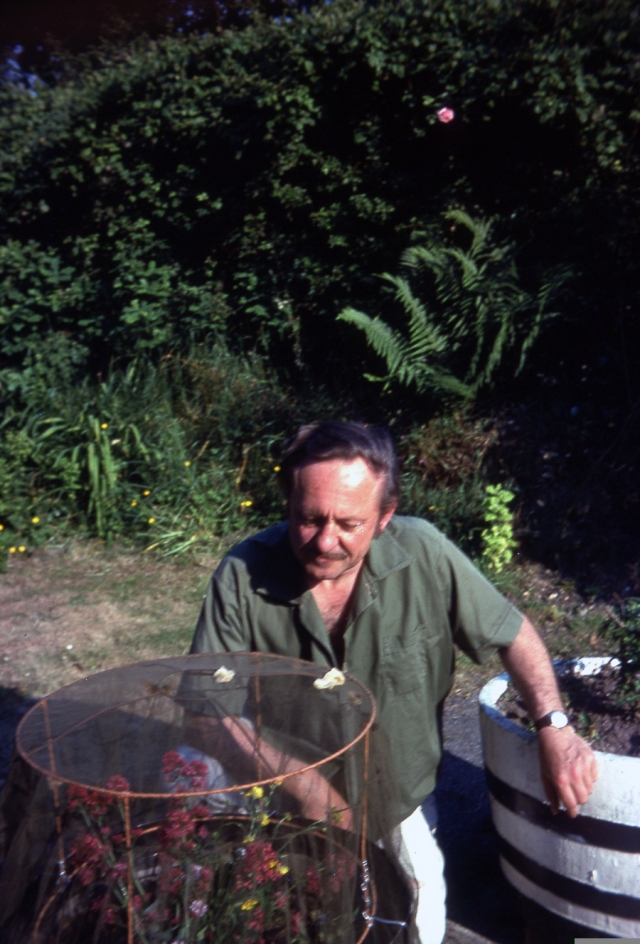 Have you ever been on a butterfly egg hunt? Beaten sallows to see what falls on a sheet? 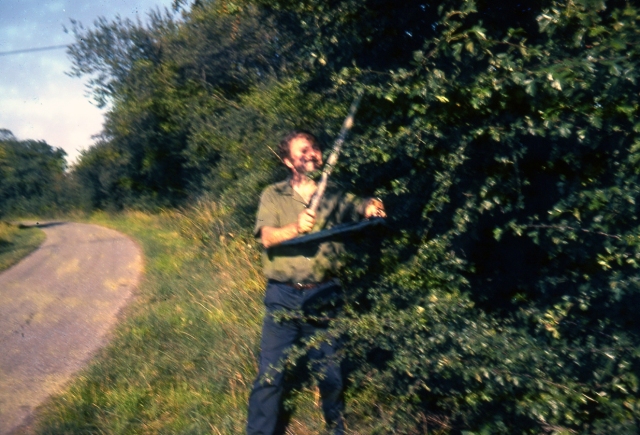 Spent frosty afternoons kneeling by the roots of poplars, pulling back turf in the hope of finding pupae? Believe me, you haven’t lived. I learnt the importance of taking care – these are delicate structures; the need for keen eyed recognition; for patience and disappointment – though it wasn’t often we were disappointed because there’s so much going on at the level of the tiny and delicate that a failure to find what we set out for only meant there was the possibility of the unexpected. And even if we were completely unsuccessful, well that only meant the anticipation for next time was heightened – sort of a rollover for our particular lottery.

One especially joy, for Dad (and the Archaeologist too, as I’m sure he will comment upon), was to read a book, maybe from the Victoria era, maybe from the 1930s describing a ‘bug hunt’ and replicating it, to see if we could find what the ancients found. There was something deliciously timeless about that connection down the years, the idea we were at one with that distant group, sharing the same thrill that they had. 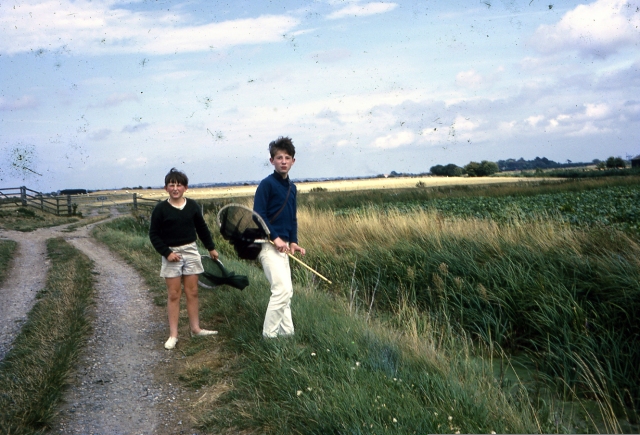 Wading into the dykes at Grove Ferry in Kent to hunt for small holes in the stems of bull-rushes where the larvae of the china mark moths live followed one such piece of research. 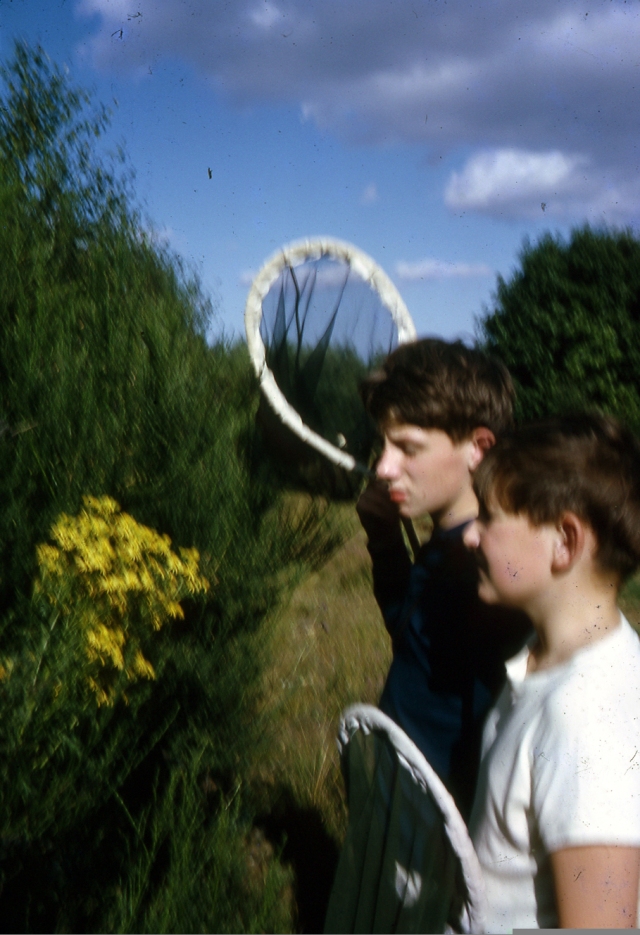 Of course, as with bird nesting, the aim was to create a collection. The breeding that followed the discoveries of eggs and larvae and pupae had a single purpose back then. To bring the butterfly or moth through to its final state, the imago, and kill it – we all had lidded jam jars filled to a third with plaster of Paris soaked in ethyl acetate – that sickly sweet stuff they use in dry cleaners. Killed, they would be set out on a board with pins and paper strips until rigid and then put in a glass case to admire. That death follows life thing seemed entirely normal back then though as species declines became more and more apparent into the 80s Dad’s focus changed to breeding and  releasing to improve stocks.

You could learn a lot spending time with a naturalist like Dad – about beer and poetry too. I’m glad I can still recall those long passed days when it was always sunny, even when it rained.

As so to the prompt, Mary is still coming to terms with her half brother Rupert moving so close by.

The sting in the tail

Mary sighed. Rupert. This time she needed him. ‘Can you watch Charlotte? I’ll drop Penny at her dance class. Tea after.’

She was delayed and hadn’t brought her phone. In the kitchen she found a scribbled note on the fridge said ‘hospital’ with Rupert’s number. There were 8 missed calls on her phone.

‘It was a bee sting. She began to swell. Mum was allergic so I knew the signs. They’ve given her adrenaline; she’ll be fine.’

Mary sat in traffic her mind a jumble. If she was going to have a guardian angel, why him?

If you want to catch up with Mary’s story to date, click here

My name is Geoff Le Pard. Once I was a lawyer; now I am a writer. I've published several books: a four book series following Harry Spittle as he grows from hapless student to hapless partner in a London law firm; four others in different genres; a book of poetry; four anthologies of short fiction; and a memoir of my mother. I have several more in the pipeline. I have been blogging regularly since 2014, on topic as diverse as: poetry based on famous poems; memories from my life; my garden; my dog; a whole variety of short fiction; my attempts at baking and food; travel and the consequent disasters; theatre, film and book reviews; and the occasional thought piece. Mostly it is whatever takes my fancy. I avoid politics, mostly, and religion, always. I don't mean to upset anyone but if I do, well, sorry and I suggest you go elsewhere. These are my thoughts and no one else is to blame. If you want to nab anything I post, please acknowledge where it came from.
View all posts by TanGental →
This entry was posted in flash fiction, miscellany, writing and tagged carrot ranch, Charli Mill's prompt, flash fiction, insects. Bookmark the permalink.