I’m writing this post in a whisper because I fear I may be overheard. Have you seen this? 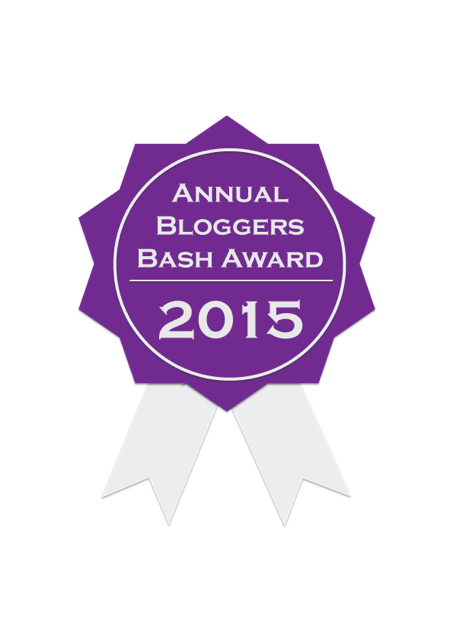 It’s been creeping across the web like a virus.  First it hit England, here. Sacha was Seduced by its Siren Sounds. People wondered if it could be true. We’d dreamt of this day since we set up out blogs but could it be true? It spread to Wales, here… Hugh’s High Hopes soared. Was it real? And it crossed the Irish Sea, here… Ali Aliterated Assiduously, but still the question remained…

Was this for real? That has always been our question, people. Could it truly be the case that this is a forum for flesh and blood humans to meet or is it our worst fear realised, that some sort of three dimensional construct of someone’s imagination has been set free to snare us. If we turn up at the British Library on August 1st what might we find?

I mean we all know we’re real, but in the Matrix-esque world we bloggers inhabit surely we know by now that damn near everyone else is a construct of the Web, figments of authorial imaginations? Hence Sacha may have been the unwitting vehicle for a cunning trap and that, on that fated day, at that fated place all we of the flesh and blood kind will become characters in some yet to be published, badly plotted narrative arch that will appear as a facebook post in some YA fantasy future.

I’ve taken risks, people and infiltrated the gang of three behind this dastardly farrago. And some things have emerged like weevils from a tweet;

1. I have uncovered a picture (on the Slightly-Gloomy-But-With-The-Chance-Of-Brighter-Spells-Later Web, a few degrees west of the Dark Web) of the holographic blog-whistler who will lead you all to your doom – yes, YOUR DOOM – if you approach him and fail to offer cake as a placatory gesture 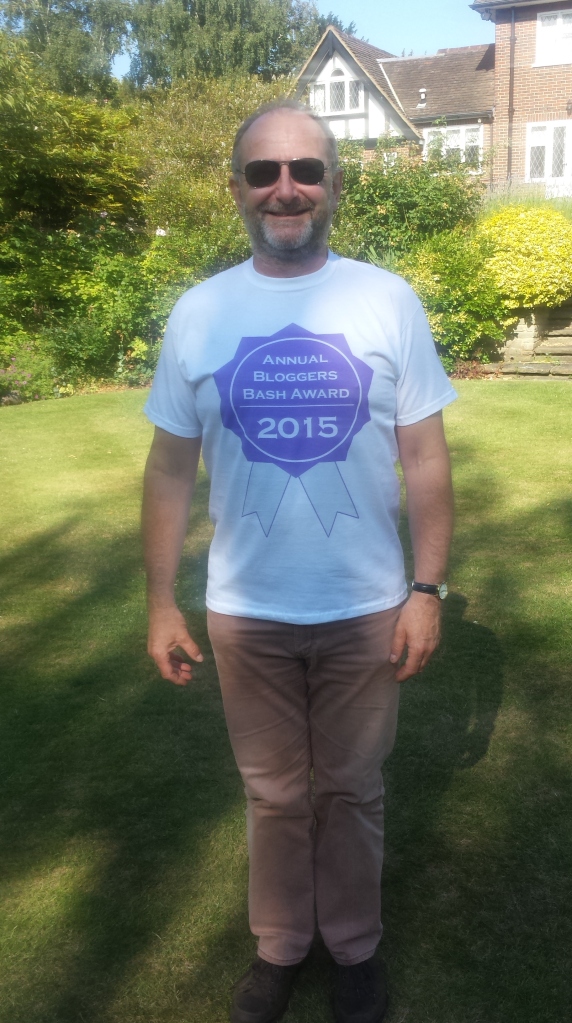 See, he looks like a robot. And those shades? Apparently he doesn’t have eyes, just holes that will suck out your souls….

2. A picture has emerged of the meeting place. See that sinister statue – like a man garotting bloggers. This should be warning enough… 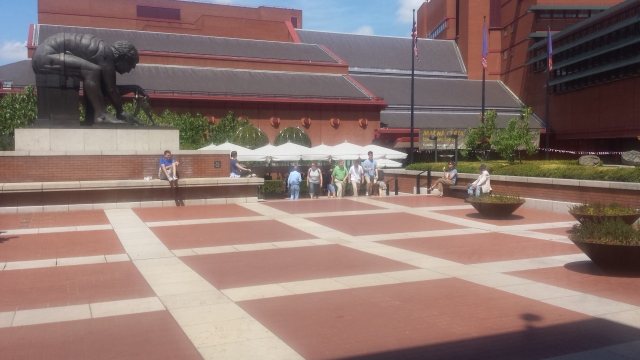 I know it looks like Newton, but in reality he is sitting on a box of previously trapped bloggers, forced to type out guest posts that never get accepted…

3. The Entrance to the meeting point is covered in cryptic neo-Venusian script that spells out the secret code which allows entrance to that higher portal of writing consciousness –  Traditional Publishing – but, people be warned… 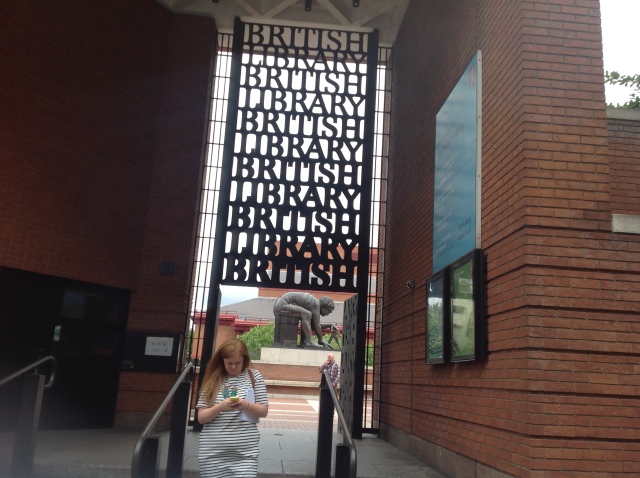 are you brave enough to enter the portal?

… if all you see here is British Library, written one on top of the other, you will surely be killed off in your own final edit.

We need to confront this evil. We must stop the Rise of the Machines. This isn’t a harmless get together for people who really don’t get out much; it is Feeding the Beast.

And there are prizes to be won.

There’s only one way to find out.

BE THERE AT 11am. TOGETHER WE CAN FIGHT THIS DYSTOPIAN NIGHTMARE…. and maybe share a few plot ideas along the way. And pizza. And maybe cake…

My name is Geoff Le Pard. Once I was a lawyer; now I am a writer. I've published four books - Dead Flies and Sherry Trifle, My Father and Other Liars, Salisbury Square and Buster & Moo. In addition I have published three anthologies of short stories and a memoir of my mother. More will appear soon. I will try and continue to blog regularly at geofflepard.com about whatever takes my fancy. I hope it does yours too. These are my thoughts and no one else is to blame. If you want to nab anything I post, please acknowledge where it came from.
View all posts by TanGental →
This entry was posted in miscellany and tagged The Annual Bloggers Bash Awards. Bookmark the permalink.