I had planned a post on Hull, Hell and Halifax, a line from a seventeenth century poem dealing with the desperate position you might find yourself in, in those three places; Halifax especially as the Lord of the Manor could have you beheaded by an early sort of guillotine for stealing in excess of 13 old pence (about 5 pence today).

But I changed my mind and instead it is to the two Hernes I turn.

When I was a child my parents were desperate (that’s how I remember it) for me to find a hobby. Everyone needed a hobby. You were lacking in moral fibre without one. Rather like an inability to evacuate your bowels before leaving for school; it brought family shame if such a weakness was exposed to public gaze.

Dad had his natural history and his rugby; mum her love of the garden and Victorian history; and the Archaeologist anything weird and way out – or really, really old.

Me? Nothing beyond irritating everyone else when they wanted to spend time on their hobbies. It took me years to realise having a hobby wasn’t some form of character building requirement as so much as their form of crowd control. And then I discovered cricket, a sport so joyous, so complex that it enveloped me as something can only envelop a child. Utterly.

I had hopes of an England career back then…

I read everything I could and one thing I remember vividly. It concerned Fred Titmus, an England bowler and the first ever cricketer whose name I recall. The reason has nothing whatsoever to do with cricket and everything to do with a boating accident when he lost four toes. That is also the sort of thing children remember.

Fred went on to play more cricket and I used to notice stuff about him. In one book I bought second hand there were player profiles and Fred’s told me he was born in Herne Hill. 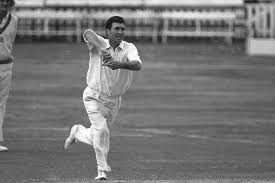 Now this caught my imagination because the other Herne – Bay – was where we spent every holiday as a family for as long I could remember. It was where my Gran and Uncle lived. They had to be linked but when I asked, my mum laughed. Herne Hill, she informed me, was in grubby South London, not a holiday resort on the north Kent coast with its slightly famous pier (second longest after Southend) and fading Victorian splendour of its promenade, bandstand and clock tower. Not the sorts of things to set a ten year old’s pulse racing. I wondered what Herne Hill, the Hyde to the Bay’s Jekyll could really be like.

Twenty years on and it is January 1985, snow is on the ground and my new wife and I are moving into our new house. New to us that is for this is a down at heel piece of Edwardiana with its bare rooms and sense of abandonment. We’ve bought a dooey-uppy in Herne Hill near the top of said hill.

Herne Hill back then was about to be up and coming. London was booming and people were pushing out from the trendier, and already overpriced parts of Battersea and Clapham. Our nearly wreck cost us a fortune back then but now the same houses, albeit neatly tidied up go for an incredible sixteen times as much. Utterly utterly ludicrous. 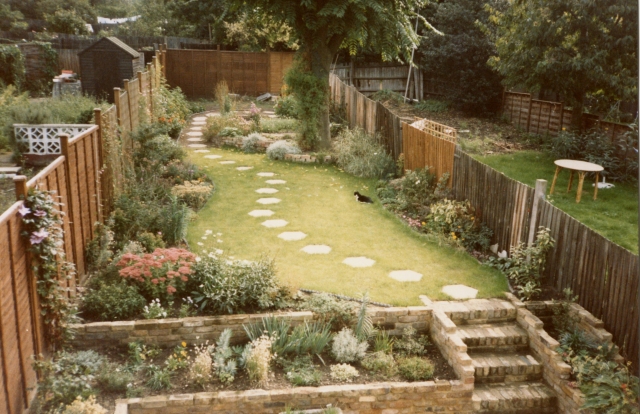 And Herne Hill when we had finished…

Herne Hill now has delicatessens from Lebanon and artisan bakeries where before it had woodshops and second hand furniture stores. It has a Sunday market on the once bus infested street outside the station that rates a mention in Time Out. The Lido was infamous back then for a picture in the Evening Standard of families, slightly out of focus gambolling in the shallows while a furry resident – rattus rattus – paddled to the side. Now it has a gym full of state of the art local lumps and lovelies and a queue for the pool on a hot day.

And while the increased affluence has been slow to reach North Kent, when I was last there you could see signs of improvement. The pier might have gone, burnt down many years ago but the old features remain. How different to the early 80s when I visited my gran in her tall rambling house on the sea front. She was in her late 80s and visibly struggling. After my visit she moved in with my parents. I remember feeling so sad. Not just to see a much loved grandmother having a tough time but realising the retained images of my golden youthful memories had been soured by recent economic woes.

Little me with a trainee paunch, the Archaeologist no doubt carrying out some crab-based experiment and the pier of my imagination stretching to the moon behind us.

Perhaps I had just grown up. As a ten year old, during Easter holidays with the Archaeologist I loved nothing better than a howling gale blowing in off the North Sea. There was  a fingerpost on the sea front with a picture of polar bear and the number of miles to the North Pole – there was nothing between us and it. It must have been a little parky, not that I remembered that, but now, in my mid-twenties the wind felt like a sort of meteorological arthritis as it bit into my neck. Shops had shut and the cinema gone to Bingo – a sure sign of cultural decay.

I’m glad I found Fred’s home town and have seen it flower. And I’m glad Herne Bay is sprucing itself for a hopeful future. I want other children to enjoy olden moments there, always to be treasured. Neither place is anything than other than worthy now, putting it at its lowest. And certainly neither is worthy of being linked with hell. I don’t belive in such superstitions – well, with the exception of a cricket ground at the moment the Australians win the Ashes. That is the epitome of hell.

My name is Geoff Le Pard. Once I was a lawyer; now I am a writer. I've published four books - Dead Flies and Sherry Trifle, My Father and Other Liars, Salisbury Square and Buster & Moo. In addition I have published three anthologies of short stories and a memoir of my mother. More will appear soon. I will try and continue to blog regularly at geofflepard.com about whatever takes my fancy. I hope it does yours too. These are my thoughts and no one else is to blame. If you want to nab anything I post, please acknowledge where it came from.
View all posts by TanGental →
This entry was posted in A to Z blogging challenge, miscellany and tagged A to Z blogging challenge, Herne Bay, Herne Hill. Bookmark the permalink.