I doubt that is ribena

This was due yesterday, mother’s day here in the UK, but for reasons of incompetence it never happened. Still, one day late is better than not at all….

My mother died in January 2010 after a short series of illnesses.  Her last conscious moment, in intensive care, had her blink at me, say ‘Hello darling’ and lapse into the final coma that proceeded her death a day and a half later. Not bad final last words, when you think about it.

She wasn’t a woman of many words, preferring to create an environment for the men around her – me, my father and brother – to indulge our egos and opinions. She loved nothing more than a large gathering, usually involving lots of home cooked food, with a vibrant atmosphere and debate and discussion, fun, family and friends.

She was a snob who hated pomposity, a liberal with trenchant conservative views, an atheist with more faith in the goodness of humanity than a dozen church-fulls of the devout.

She lived for the day, loving her life in rural Hampshire with her beautiful and productive garden, her leading role in the creative life of the local WI and her dearly loved if often irritating husband.

Mum loved the chat of the radio as the background noise to her life – her muzak. The Home Service that became Radio Four was a constant, often driving my father to turn off the radio with an irritated ‘For god’s sake Barbs, can we please have some peace and quiet?’ He, however, was to be found arguing with whoever was on the radio, be it politician, expert or commentator. One day mum bought a new portable radio – in pink plastic. She waited until my father was in mid rant, face inches from the speaker, spittle on his lips when she leant across him and put a silver pom-pom on the top of the set. Dad looked at her quizzically. Mum looked sad, ‘Poor little thing. How would you like to be shouted at like that?’

The Vet and the Lawyer, Zorro and Mrs Dalloway…

If mum was happy at her many family gatherings, surrounded by her beloved grandchildren – her dressing up box was second to none – she was at her most relaxed working in her garden, carving beauty from the infertile clay of the New Forest over 35 hard sweaty years.

Every year, on her birthday, my father write her a poem. One recurring theme of those poems was ‘Barbara’s Gone into the Garden Again’.

Barbara’s gone into the garden again,

(The weeds are in for a shock)

And she’ll spend happy hours, ‘mid her shrubs and her flowers

With never a thought for the clock.

The October sun is warm on her back,

As she works through the herbaceous border,

Green-fingered and sure, coaxing beauty once more

Out of summer’s prolific disorder.

On apples in tumbled profusion,

And there’s sweet disarray, in the garden today,

The old hedge is starred with scarlet rose hips,

And where grasses stand tall, unwilling to fall,

Soon clouds will pile high in the dark Autumn sky,

And the earth will lie sodden with rain,

Then – in jerkin and boots, not caring too hoots, 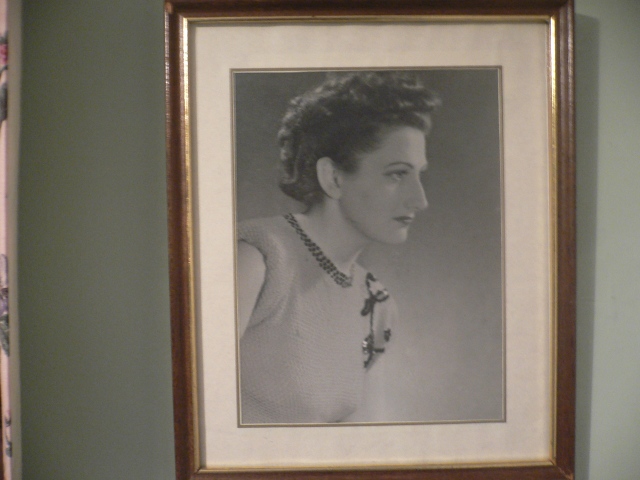 She didn’t believe in mother’s day. Her views were simple. She’d chosen to have us, and she should be thanking us for being her children not the other way round. It’s a seductive fantasy when you’re small and pocket money is hard to come by. But you soon realise how much you owe a parent with that attitude. Always mothered, never smothered.

My name is Geoff Le Pard. Once I was a lawyer; now I am a writer. I've published four books - Dead Flies and Sherry Trifle, My Father and Other Liars, Salisbury Square and Buster & Moo. In addition I have published three anthologies of short stories and a memoir of my mother. More will appear soon. I will try and continue to blog regularly at geofflepard.com about whatever takes my fancy. I hope it does yours too. These are my thoughts and no one else is to blame. If you want to nab anything I post, please acknowledge where it came from.
View all posts by TanGental →
This entry was posted in family and tagged barbara le pard, mother, mother's day, mum. Bookmark the permalink.

38 Responses to Mothered, not Smothered