Lisa Reiter, she of the bite sized memoires, has prompted us with a photo challenge around hair.

Rather unfair, seeing as these days I am folically challenged more than most. In a way, of course, the progression of my hair through the years reflects the seven ages of this particular man (maybe more ages – see for yourself).

The new born – hair? What hair? 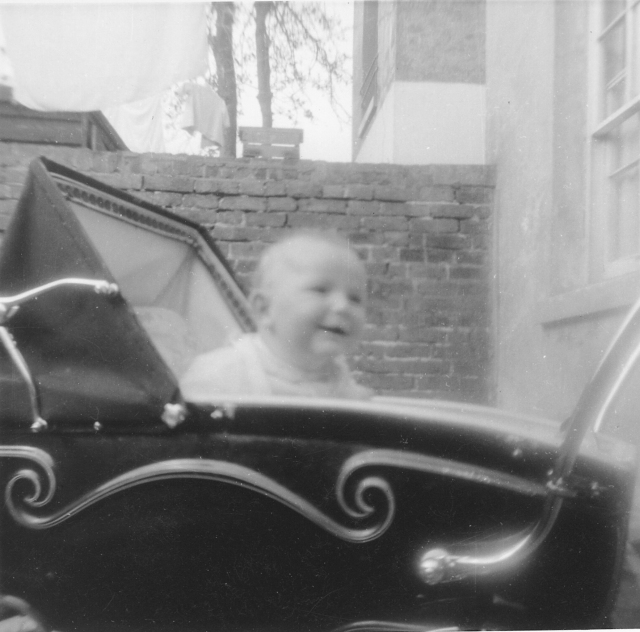 note the barely there fuzz

We entered the 1960s, but our parents remained rooted in the 1950s. Especially with that bloody parting. And the Tufty Club – look closely and you can see our badges.

Et Tu, Archaeologist? If you so much as breathe I’m eviscerating your spleen.

Why didn’t I stick with the parting? I never had a girlfriend. Hmm, could the fact I look like Kate Bush have anything to do with it?

My twenties should have been liberating; I’d left home, gone to university. I was my own man. What was I thinking? 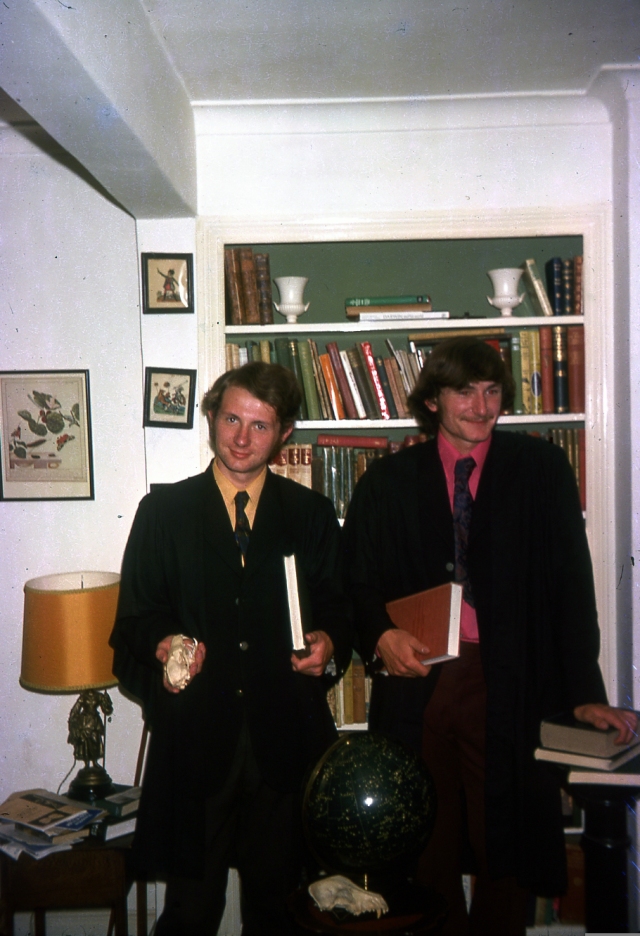 I was trying to get away from my father’s influence so what’s with the small caterpillar on my top lip. At least I didn’t try and model myself on Lizzie Bennett’s forgotten taxidermist next to me.

My hair was fine and unmanageable – and never grew any longer despite my best efforts. So a bit like with the housing crisis, having failed to develop in one area, I decided to concentrate my tonsorial artistry elsewhere – time to become a pogonophile. 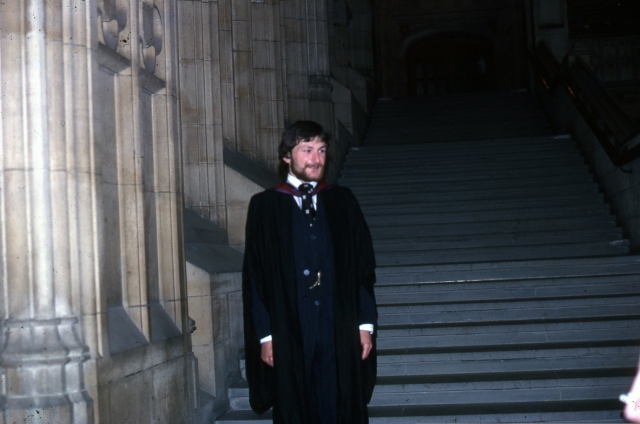 Almost neat; not quite but almost.

What did she see in him? The face fungus, the blue checked trousers no golfer would wear and the cheesy 69 on his sweatshirt…

I played around with beards and taches for years, rather neglecting what was happening atop.

you don’t fool us pretending you can read.

I, erm, ran the boat aground so I sort of had to push it off. Narrow boats are bloody heavy. You can see daylight beginning to peep through.

My hair’s departure had a mastermind quality: I’ve started so I’ll finish. 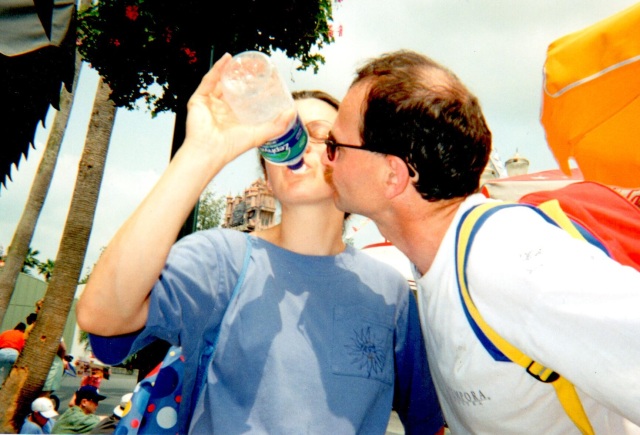 Currying favours I suppose – or trying to steal her water.

front as well as top; at least that bloody parting wasn’t an issue any more

Until the full solar panel for a sex god emerged… 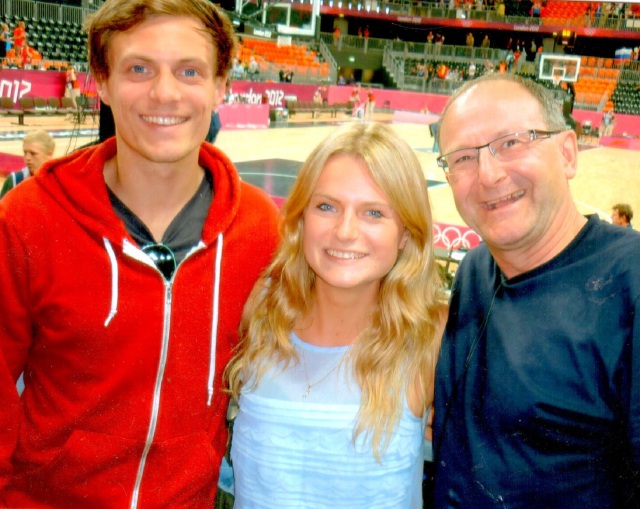 And a memory. Here goes.

Dad sort of tilted. His moustache was lopsided and he did lean rather. When driving he liked the window open, a legacy of smoking perhaps, and he would incline towards the door, elbow on the frame. We complained a lot, the Archaeologist and me, about the cold and debris that we had to put up with in the back. Totally ignored, until Mum came to our recue with ‘Des, wind it up, it’s my sciatica’ or some such. Sometime in the 1970s when we both experimented with a longer style of hair, Dad developed a distinct comb over. One day, the atmospherics, car velocity and fate conspired to set said comb over into a spiralling froth above Dad’s head. We both watched, fascinated as the hair-tail, like Isadora Duncan’s silk scarf became sucked into the vortex of the open window.

‘Dad, wind it up. Mum’s neck.’ The Archaeologist knew full well that Dad would remain at his customary 60 degrees while the window went up; however the real question was would the rising glass dampen the frisky little toupee? Not a bit. To our delight, the ends were neatly trapped. Now it was just a case of concentration and patience. We didn’t wait long.

I was about fifteen when this happened. Had I heard Dad say ‘Fucking Hell’ prior to the moment he ripped a tuft from his head as he braked to avoid a slowing lorry? Not that I remember. 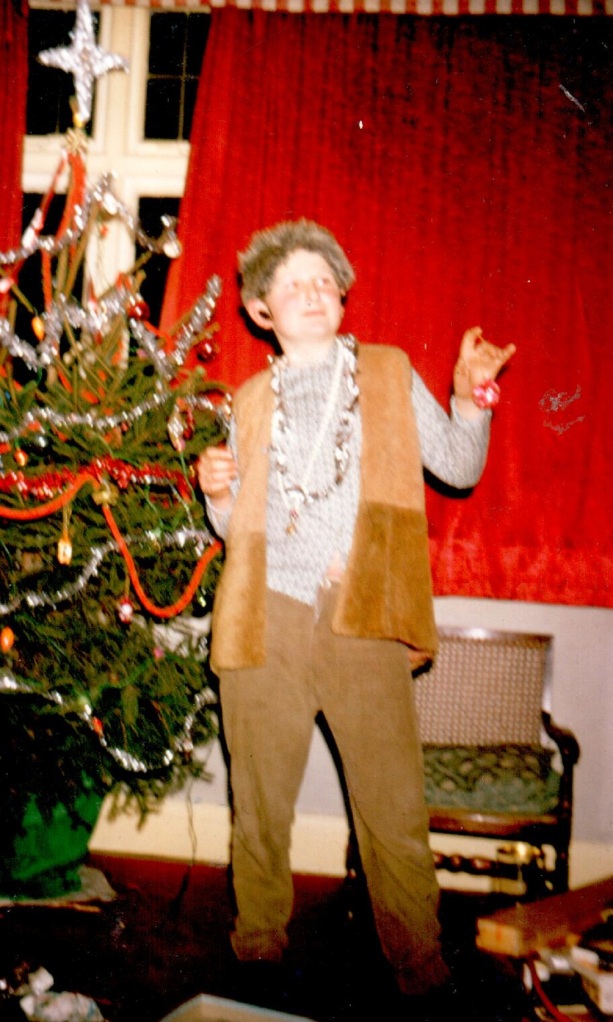 Hippy Hippy Hooray. And why do I look as if I have holes in my ears?

at least there’s some at the sides….

My name is Geoff Le Pard. Once I was a lawyer; now I am a writer. I've published four books - Dead Flies and Sherry Trifle, My Father and Other Liars, Salisbury Square and Buster & Moo. In addition I have published three anthologies of short stories and a memoir of my mother. More will appear soon. I will try and continue to blog regularly at geofflepard.com about whatever takes my fancy. I hope it does yours too. These are my thoughts and no one else is to blame. If you want to nab anything I post, please acknowledge where it came from.
View all posts by TanGental →
This entry was posted in memoires, miscellany, writing and tagged Bristol, hair, memoires, writing. Bookmark the permalink.