Another time, another place

People know the Angel of the North, that scary be-winged man that startles the unsuspecting motorist on his way north, but I’m not sure how many people have made it around Liverpool to Crosby Beach and three kilometres of sculpture. 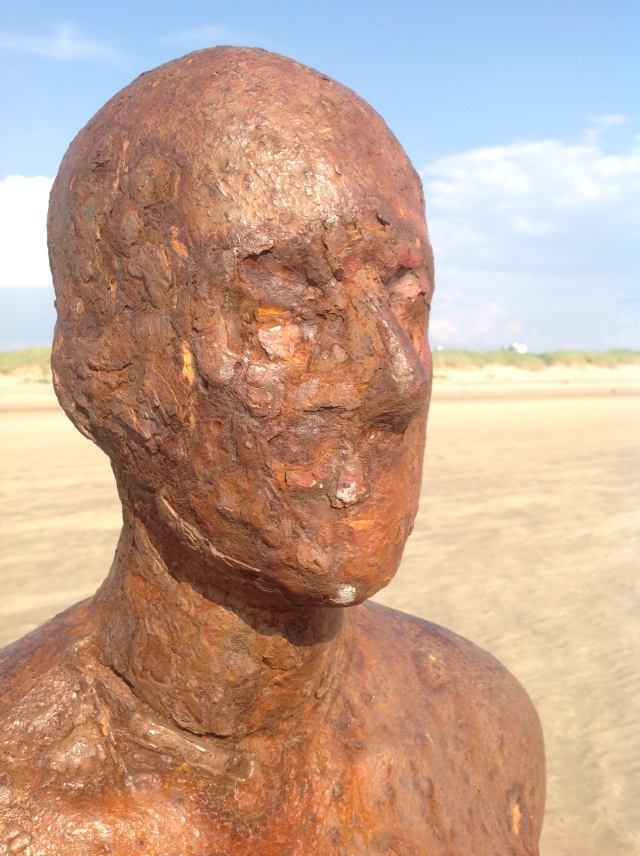 We took time out on our way to Glasgow to visit the sandy sculpture park – Another Place – and were totally absorbed by it. At first you wonder how they stay in place against the North Sea’s winds and currents. Then you wonder at the corrosion from the saltwater, the surfaces unexpectedly smooth and unflaky – well those that aren’t barnacle encrusted. 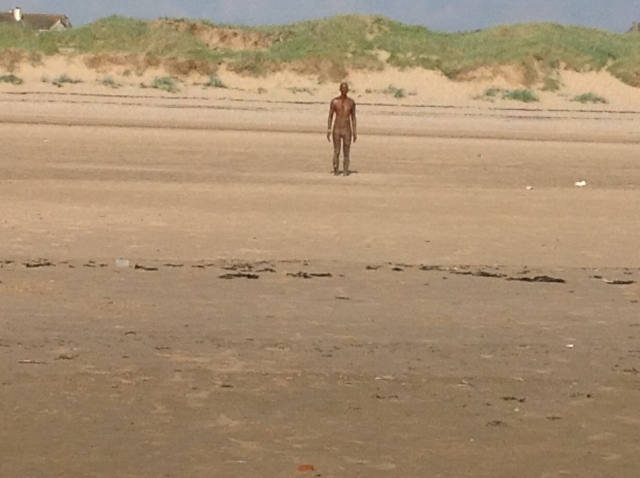 And then you see the stylised penises – the sculpture is modelled in Gormley himself – and no longer wonder why they were controversial. I mean, such a lot of fuss about such a tiny thing. 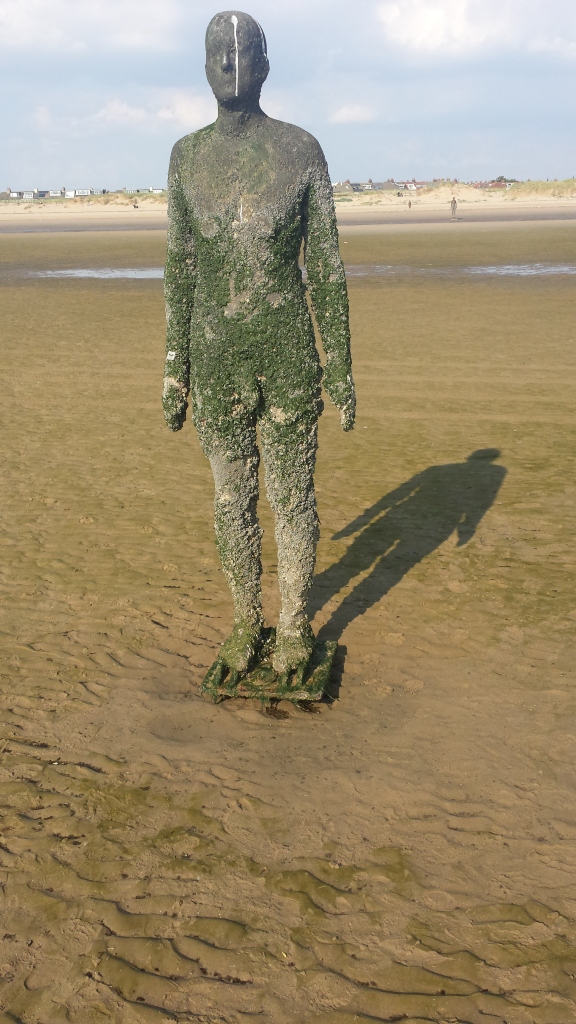 Stopping to see these sculptures wasn’t originally on our itinerary but we were given this lovely book for our 30th – Sculpture Parks and Trails of Britain and Ireland – and our route north became more, well, convex and complex. Here’s another. 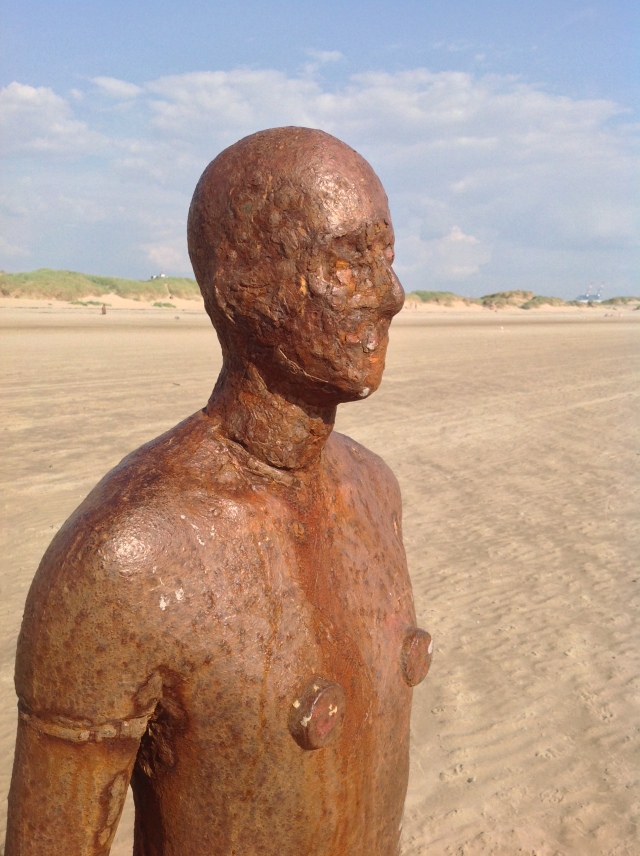 If you look closely… if you want to that is.

Neither the Textiliste and I are great drivers – we’d use Floo Powder by preference – so breaking the journey wasn’t a difficult decision. 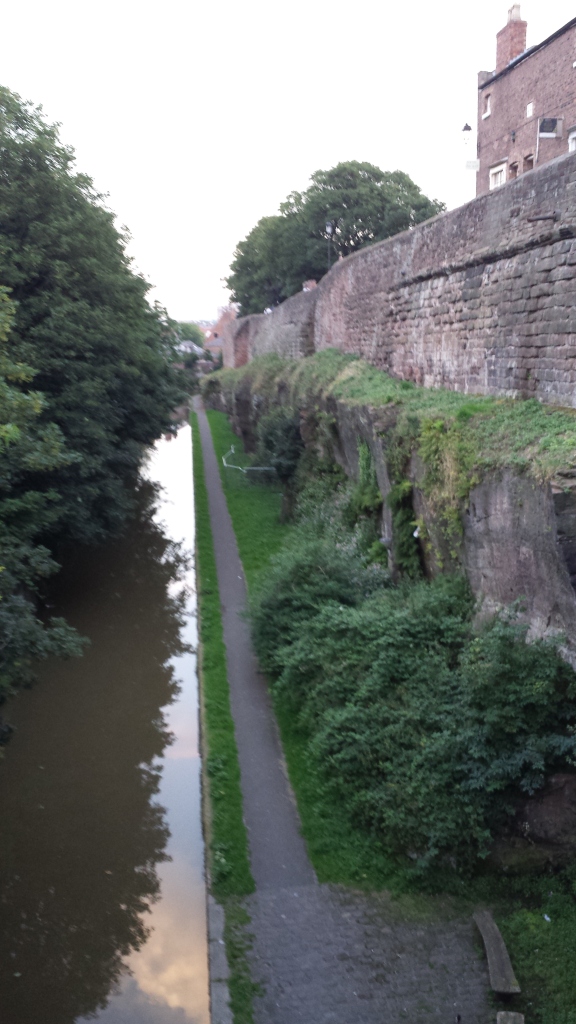 Here we are therefore in Chester, that most unusual of Roman-cum-Medieval towns. The main streets, Eastgate and Northgate, have what I believe is a unique set up, stemming from its medieval roots with the shops at street level being set a few steps down and with the shops at upper level a few steps up and back (‘The ‘Rows’). I could become a nerdy property lawyer and tell you about the Chester Improvement Act 1845 and why this should be extended to the whole of England and Wales and how this would remove the farce that is the 99 year lease at a stroke – but I won’t (and it probably wouldn’t).

I’ll end with a poem. When I was studying these sculptures my mind turned to some other men and women, trapped in the sand on a North-West beach – the Morecombe Bay Cockle-Pickers. This awful tragedy occurred some seven years after Gormley’s statues were erected which I only found out later.

This is my little tribute to those poor souls.

Guards of the horizon

No feature reveals their mood.

Just an illusion of calm

As the tides approaches

and laps at their feet.

A cry is heard

floating along the Mersey coast.

Another time, another group

trapped by the self same tides.

into their glutinous prison.

The sea is not a muse

but a curse, death, a cruel deceiver.

Finally the surface is still.

Nothing disturbs the calm,

I turn for my car, carefully freeing my feet 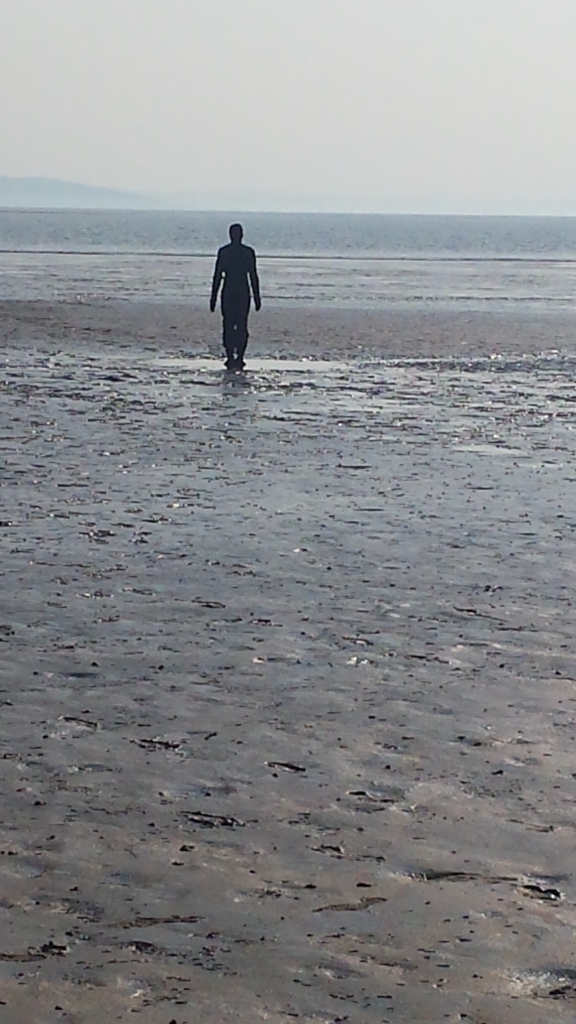 My name is Geoff Le Pard. Once I was a lawyer; now I am a writer. I've published four books - Dead Flies and Sherry Trifle, My Father and Other Liars, Salisbury Square and Buster & Moo. In addition I have published three anthologies of short stories and a memoir of my mother. More will appear soon. I will try and continue to blog regularly at geofflepard.com about whatever takes my fancy. I hope it does yours too. These are my thoughts and no one else is to blame. If you want to nab anything I post, please acknowledge where it came from.
View all posts by TanGental →
This entry was posted in art, poems, poetry, sculpture and tagged Another Place, Anthony Gormley, Chester, Chester Improvement Act, Crosby Beach, Glasgow, Morecombe bay cockle pickers, Rows. Bookmark the permalink.

9 Responses to Another time, another place